She says Lebsock frightened her by attempting to push himself on her after several drinks at the party, which took place at a bar called Stoney's, not far from the Capitol 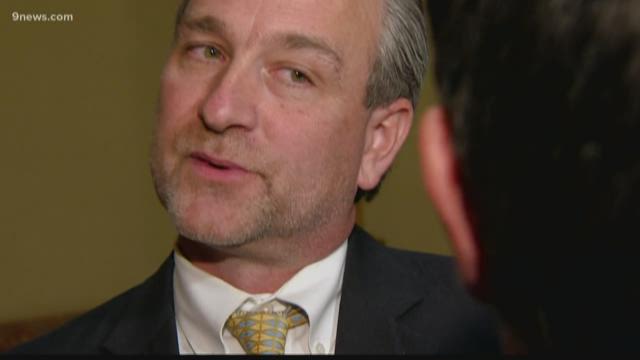 The Colorado state representative who accused fellow Democrat Rep. Steve Lebsock of sexual harassment addressed the media on Tuesday, the same day lawmakers decided they will vote on his possible expulsion from the house.

Rep. Faith Winter filed a formal sexual harassment complaint against Lebsock in November, which led to a formal investigation into the accusation that he pressured her to engage in sex acts with him at the legislature’s annual after party a year ago.

She says Lebsock frightened her by attempting to push himself on her after several drinks at the party, which took place at a bar called Stoney’s, not far from the Capitol.

On Tuesday, House Democratic Majority Leader KC Becker announced she plans to introduce a resolution to expel Lebsock (D-Thornton) after an investigation found claims of sexual harassment by five women to be credible.

Five brave women came forward with 11 allegations. All allegations were found credible. #timesup I will not be silenced, I will stand up to bullies. Together we will create a workplace that respects everyone and values all voices. #coleg

To expel a lawmaker from office, two thirds of his colleagues will have to vote to remove him from office. This would be the first time in more than 100 years the state has expelled a member.

At the start of the 2018 legislative session, Lebsock sent his colleagues a 28-page document that laid out his version of events.

Following the formal investigation, a redacted version of the report will be made available to members of the Colorado House of Representatives, but not to the public.

When asked if this has hurt or helped her senate campaign, Winter replied, "I don't think being called a liar in the media by one of my colleagues is helpful."