A redacted version of the report will be made available to members of the Colorado House of Representatives. 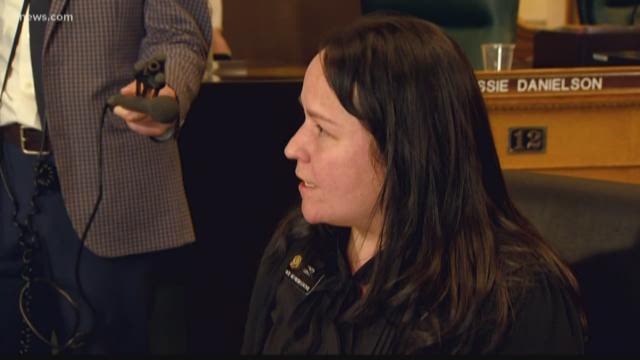 State lawmakers are going to vote on whether to expel one of their own for the first time in more than 100 years.

House Democratic Majority Leader KC Becker announced Tuesday morning that she plans to introduce a resolution to expel Rep. Steve Lebsock (D-Thornton) after an investigator found 11 claims of sexual harassment by five women to be credible.

The vote is expected to happen Friday morning.

"I'm not going to be expelled," Lebsock told reporters Tuesday. "Members of this body will see what's going on, and I will not be expelled."

Interesting to note that @RepLebsock’s response to his accusers is now part of the resolution to kick him out. #COleg #9news pic.twitter.com/rFpthrGsoR

The Thornton Democrat, who is also running for state treasurer, called the report "biased and unprofessional." He claims it got material facts wrong.

"Over the coming weeks and months the people of Colorado will have a greater picture about how the two-party system has failed us," Lebsock said. "And how literally I’m being thrown underneath the bus."

He's repeatedly accused one of his accusers, Rep. Faith Winter (D-Westminster), of lying about what happened at a bar following the end of the 2016 legislative session.

"But that shows you that formal complaint lacks credibility," Lebsock said. "When she would be willing to lie in a formal complaint, and now she’s retracting it in front of the fact finder."

What is in the investigator's report is a mystery. A redacted version will be made available to members of the Colorado House of Representatives Thursday, but not to the public.

"I saw the full-on, un-redacted copy of this," Neville said. "I have way more questions after seeing the investigation than I did prior to seeing it."

He declined to go into specifics, but Neville said some of his questions center around whether the things these women accused Lebsock of doing actually happened.

"Some, in my mind, just aren’t harassment at all," Neville said. "But they may have happened, but they're just not harassment. Then there are others that are more serious that we need to look into more deeply."

Becker said she can't legally release the report, but she thinks Lebsock and the five women who accused him of sexual harassment can.

We will have to wait and see whether any of them share it. While the report has not been released, a memo sent by Becker to the rest of the House laying out why she will call on the chamber to vote to expel Lebsock was released Tuesday night.

The nine-page memo lays out what claims the investigator believed to be credible against Lebsock, including all 11 claims. In her memo, Becker accused Lebsock of using his position of authority and influence to ask for sexual favors.

She also wrote that she believes Lebsock tried to retaliate against his accusers. Retaliation is defined in this instance as "actions that would dissuade a reasonable person from making a charge of discrimination or participating in an investigation of such alleged conduct."

To expel a lawmaker from office, two-thirds of his colleagues (44 representatives) will have to vote to remove him from office.

Here it is: 3 pages that would remove @RepLebsock from #COleg.
If successful, it’d be the first expulsion in 103 years. #9news pic.twitter.com/DY9W7iYst6

That means both Republicans and Democrats will have to vote to remove Lebsock.

Only one state lawmaker has ever been expelled in Colorado History. The House booted Rep. William Howland (R-Denver) for perjury in 1915 after he gave two different stories under oath about a package of money he accepted, which some suspected to be a bribe.

Lebsock delivers manifesto to Colorado Legislature colleagues to defend himself

Colorado State Rep. Steve Lebsock does not plan to resign after harassment allegations