The road to establishing Indigenous Peoples' Day in Denver 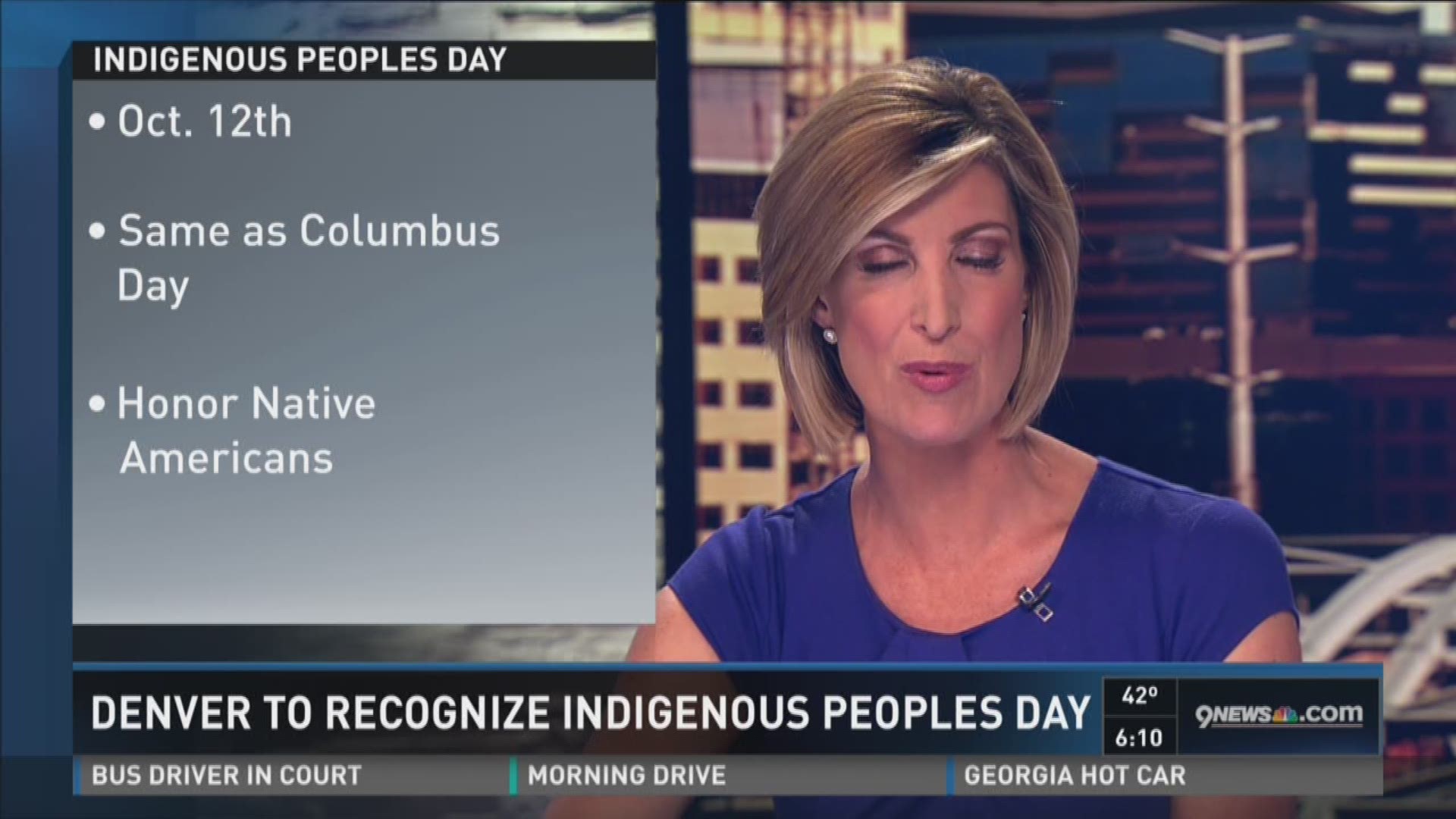 In their meeting Monday night, the Denver City Council approved a proclamation recognizing the new holiday on Monday, October 10, but their decision does not come without controversy.

Opposition to the holiday dates back decades, worldwide, but it really took the forefront in the early 1990s when groups advocating for indigenous peoples protested across the U.S., including right here in Colorado.

Let’s first talk about the holiday itself.

Columbus Day was created in honor of Christopher Columbus, an Italian-born explorer who set sail intending to cross the sea to China in search of riches.

Instead, Columbus landed in the Bahamas on October 12, 1942 becoming the first European to explore the Americas, although many Indigenous peoples had already been settled there long before.

According to historical records in the Library of Congress, the Society of St. Tammany, also known as the Columbian Order, organized the celebration to honor the 300th anniversary of Columbus’ landing.

In the decades following that celebration, the Knights of Columbus lobbied state legislatures to declare October 12 a legal holiday.

It became a national holiday in 1971.

Shelby Balik, an associate professor of history at Metro State University of Denver, says it was until years after the federal holiday was established that scholars began to uncover more about the colonization of America, and how the indigenous peoples were treated by Columbus and other colonizers.

Columbus and his crew mistreated the natives, forcing them to convert to Christianity and also exposing them to several diseases.

Many advocates also say Columbus and his crew used violence and slavery to get what they wanted.

On Columbus Day in 1992, the 500th anniversary, the opposition to the holiday received worldwide attention after protests broke out in many communities across the U.S. and in Mexico.
Denver was one of them.

One of the most memorable clashes between the American Indian movement and the Italian-Americans celebrating the holiday was in 2000, when hundreds of advocates blocked streets in downtown Denver in protest of the holiday’s parade.

Italians vowed to carry on their celebrations.

More than 140 people were arrested that day -- the parade and celebrations had to be canceled.

According to a 2009 newspaper report, the feud between the American Indian Movement and the Italian-Americans was one of the top ten Colorado feuds of the decade.

The protests during Columbus Day celebrations have continued over the years as the indigenous communities fought to put an end to the holiday and celebrate indigenous peoples instead.

Many lawmakers across Colorado have proposed proclamations to recognize Indigenous Peoples Day along with Columbus Day.

Denver Councilman Paul Lopez was behind the proclamation in Denver.

A bill to replace Columbus Day with Indigenous Peoples’ Day statewide failed to pass the Colorado Legislature earlier this year.