The hospital calls the risk of patients infected because of a pre-cleaning error "extremely low," but says since the error, they implemented changes. 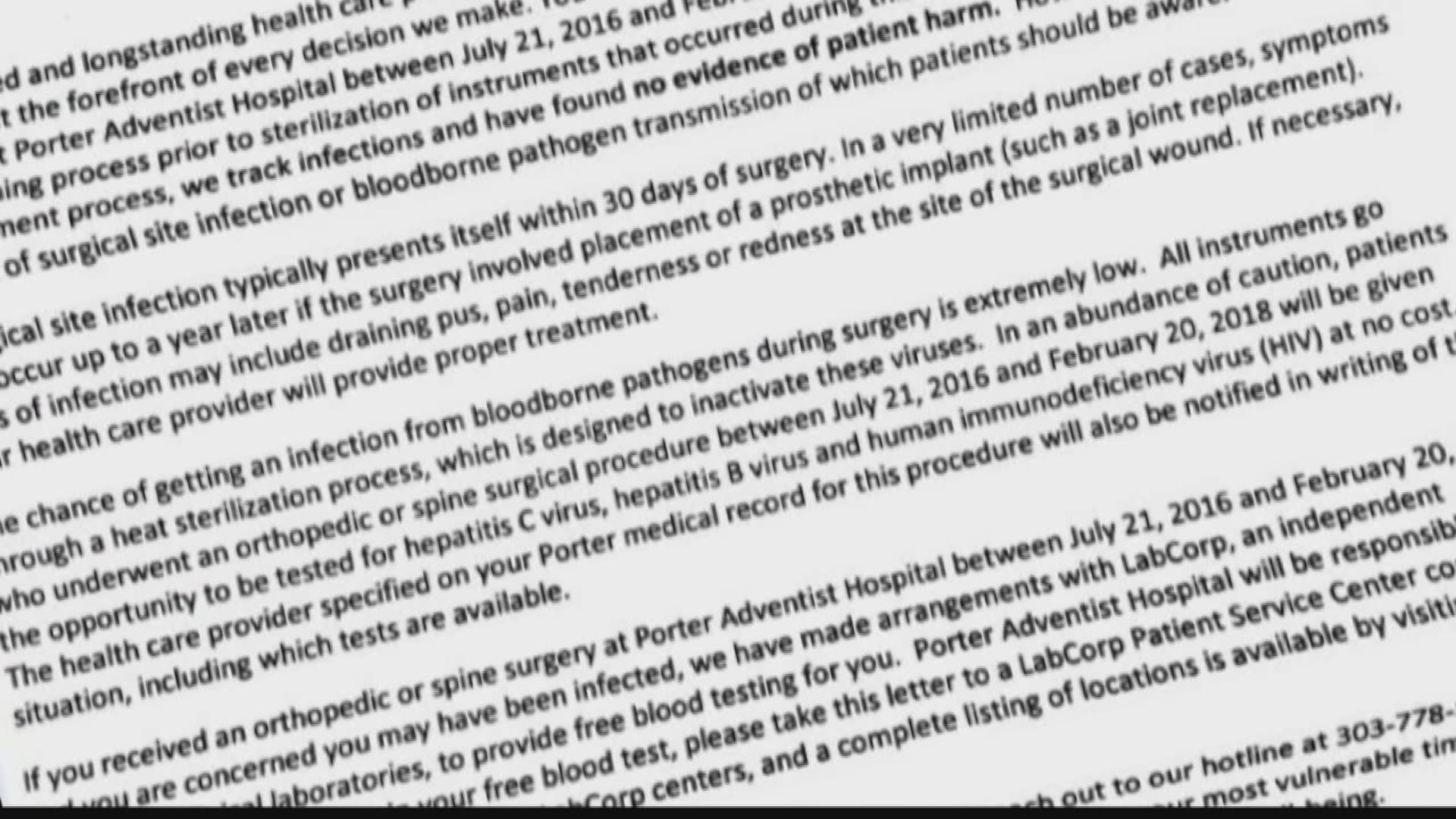 DENVER — DENVER - Surgeries at Porter Adventist Hospital began again Thursday after they were suspended for a week.

The hospital says water issues prompted the suspension, and they found out about those problems because of intense scrutiny during an investigation into improper cleaning of medical instruments.

Porter Adventist sent 5,800 letters to patients who underwent orthopedic or spine surgery from July 21, 2016 through April 5, 2018 saying they could have been infected with HIV or Hepatitis B or C.

“We understand their anxiety, we understand it’s a big deal to get a letter like that," said Centura Health Senior VP, Morre Dean. "And for that we’re sorry for any anxiety that we caused.”

Dean says the risk for infection from an error in their pre-cleaning process is extremely small.

In February, an anonymous complaint prompted The Joint Commission and the Department of Health to investigate.

They learned during a spine surgery that a chip of bone was stuck in a medical instrument. While it was never used on the patient, other instruments on the tray were.

“The fact that you can’t say there is zero risk means the patients should probably be notified," said Dean.

The CDPHE says there have been infections, but they don't know if they're related to the error in the cleaning process.

Porter Adventist says they have not seen an increase in infection rates, but don't know where the data the Department of Health has is coming from.

The investigation prompted the hospital to look closely at all procedures.

Last week they noticed mineral buildup on medical instruments, and they stopped surgery "out of an abundance of caution."

On Thursday, they began surgeries on a limited schedule.

“I would not hesitate to say that we probably have the cleanest instruments in the state," said Dr. Patty Howell, Chief Medical Officer.

She says they retrained employees, are installing new equipment, and are double checking everything.

If you are a concerned, you can call the patient hotline at 303-778-5694. Porter Adventist is offering free blood tests to patients who received the letter.