Jazzmin Downs said she had her hand in her pocket, and although she wasn't a suspect, police searched her for a gun. 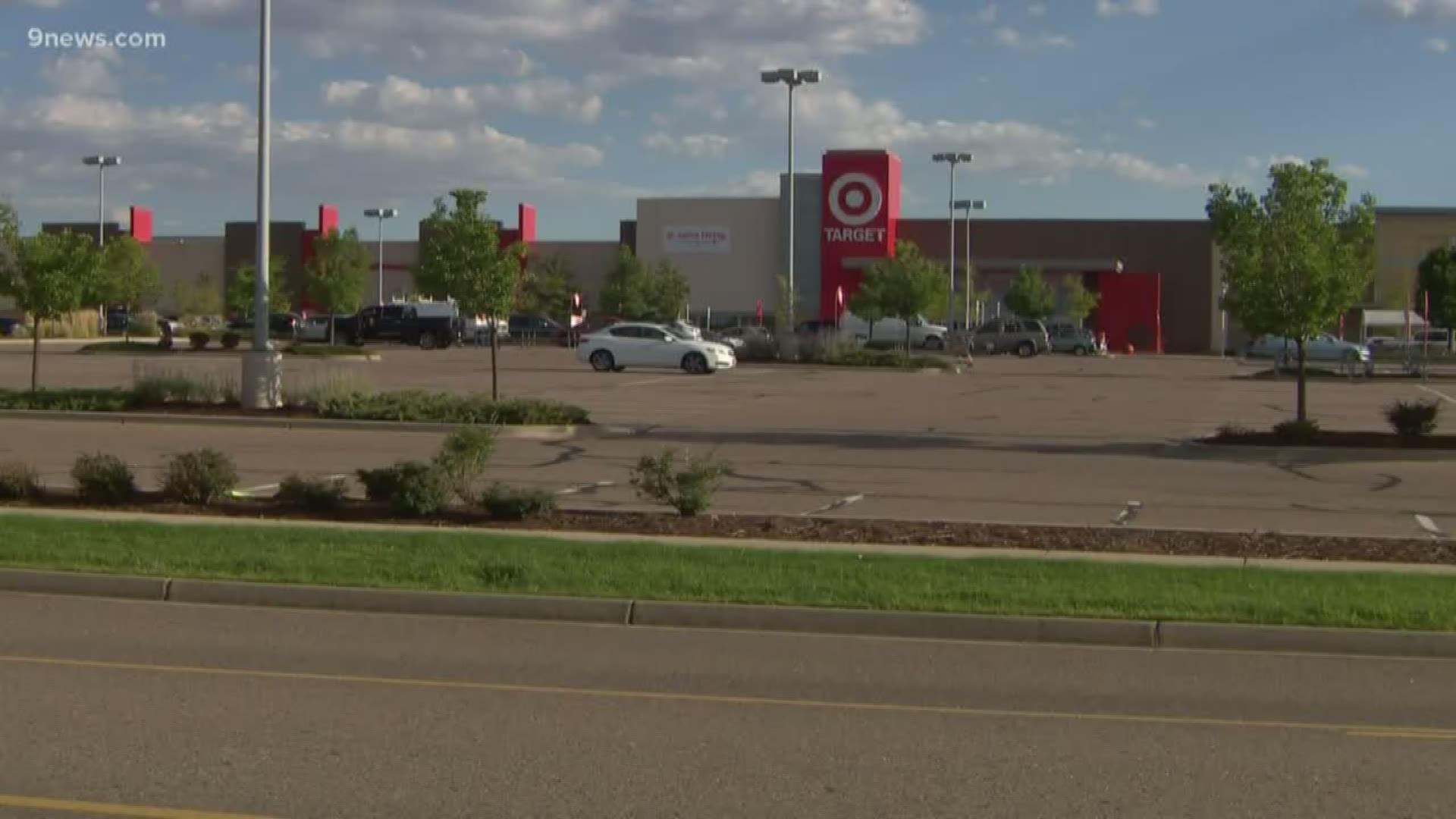 AURORA, Colo. — Jazzmin Downs said her Friday afternoon started with trying to use a $1.50 coupon for Dove shampoo and conditioner, and it ended with police searching her for a gun.

It's an afternoon at the Briarwood Circle Target in Aurora that the 25-year-old pregnant woman said she doesn't understand.

"I was never a threat," said Downs, recalling when an Aurora Police officer patted her down. "There was never any concern of me having a gun, but you see my hand in my pocket, and you yelled gun, and you guys rushed me."

A video is going viral of Downs being pat down by an officer just outside of Target. In the video, Downs is upset, and said the officer is hurting her stomach.

Twenty minutes earlier, Downs said she was in Target checking out and trying to use a coupon that she printed out online.

She said an employee told her they didn't accept the one she was trying to use, and when she asked to talk to a manager about it, she said he wouldn't look at the coupon, and asked her to leave the store.

She said she continually asked why they were denying her service, and the manager called security, and then called police.

A Target spokesperson said the guest was "angry and aggressive," but Downs said she was being defensive, and eventually walked out of the store on her own to call corporate Target.

She said she was outside for several minutes before one police officer showed up, and said they had a calm conversation, and he even joked about needing coupons because dog food was expensive.

While he went inside to talk to employees, she said she waited by his squad car.

During this time, Downs said she still had corporate Target on the phone, her purse under one arm, and her other hand in her jeans, holding them up because she's had to unzip them during her pregnancy.

She said she spoke with the officers for several minutes, and then one seemed to take notice that her hand was in her pocket.

“I was still explaining to them what was going on and then he yelled at me stating get my hand out of my pocket and I look at him confused," she said. "When I took my hand out of my pocket, I took the lining with me to show him there was nothing in my pocket, and I put my hand up. "Well that wasn’t obviously good enough for him and he yelled that they had to search for a gun."

The video, now seen by tens of thousands on social media, was taken by someone who heard Downs screaming and started recording as an officer patted her down.

Downs said they rushed her and were squeezing her stomach.

In the video after the pat down, an officer is heard saying, "You’re making me nervous when you reach inside your pocket like that."

Another officer told Downs she didn't know why they were called to the Target in the first place when she said, "We just came here; we have no idea what had happened."

Aurora Police on Monday told 9NEWS the responding officers did nothing wrong, but that they will look at their policies regarding pat-downs of pregnant women moving forward.