A proposal on whether to put long-range rifles for school resource officers in locked safes in two schools in Lyons and Niwot went in front of parents Tuesday evening. 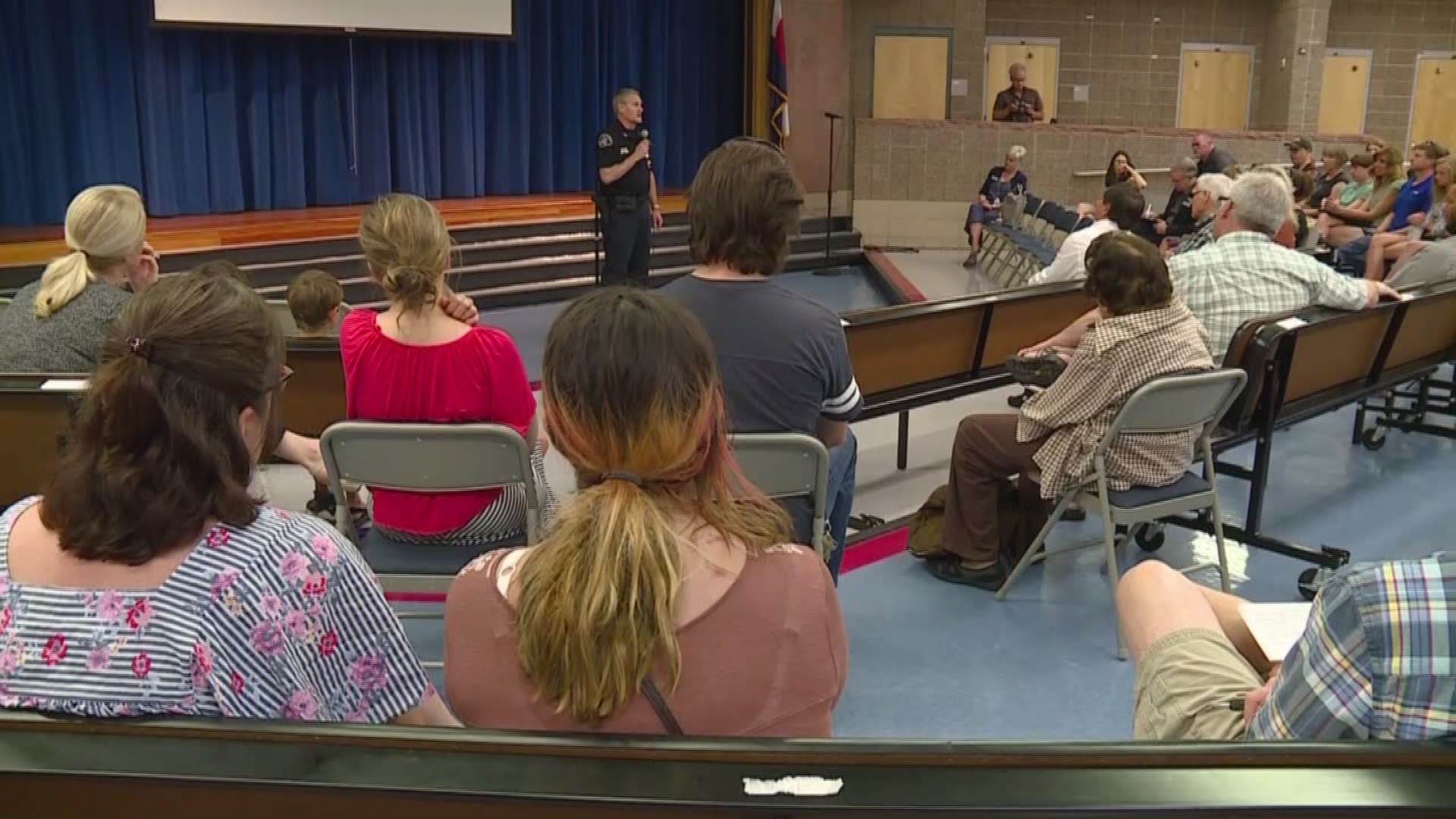 LYONS - Under a suggested proposal, a long-range rifle would be stored in a secure vault inside a pair of schools in the St. Vrain Valley School District that only school resource officers could access with his or her fingerprints.

The Boulder County Sheriff’s Office pitched the idea to keep the rifles stored in secure vaults inside two high schools in Lyons and Niwot.

“We’re seeing the number of school shootings increase,” explained Robert Sullenberger, the division chief for Boulder County. “Our response time to both Lyons as well as Niwot High is long – anywhere from 10 to 15 minutes. So the next available officer to help is a way out. The vast majority of these school shootings are concluded within five to seven minutes, so the quicker that we can address this threat, the better off everyone is.”

Sullenberger said three resource officers are currently assigned to the district - one in each high school, plus an extra officer. Already, the officers carry a handgun and keep an AR-15 locked in their patrol cars. This proposal would make available a third weapon for the officers.

Sullenberger acknowledged the proposal is not fail-safe. In the event of the shooting, a school officer might not be close enough to the gun safe to access the weapon quickly or may be injured during the shooting so that nobody else can unlock the vault. His goal is to provide officers with another option in case they need it.

“In the event that we have an active shooter that comes onto the school campuses, this is just another tool that the school resources officers can use to address that threat,” Sullenberger said.

The St. Vrain Valley School District began collecting input from parents and students this week. At a community forum Tuesday night, school officials explained the idea to families in Lyons and took feedback from the crowd.

“I know different people have different points of view, that’s why we’re having all these different types of conversations," said Superintendent Don Haddad.

While Pierce had questions about the type of gun and how officers planned to use it, he said he was open to the idea as long as officers were trained correctly.

During the meeting, parents and students got a chance to ask Sullenberger questions directly.

When parents asked about training, he explained the officers are trained on handguns and long-range rifles regularly. When a student asked if the gun could fire through a wall and hurt children, Sullenberger said officers are trained to only fire a safe shot that doesn’t put the wrong people in harm’s way.

Some parents asked about other school security measures in place at the school, as well as the mental health and social services. Others asked if there were studies done about the effectiveness of keeping a gun locked inside a school.

“I think the biggest question is – is it effective? Will it work and where are we headed?” said Scott Neuhard, who has a daughter in high school. “If it saves one student's life, it’s worth it. However, as a community, we have to meet like this and discuss it and take responsibility for this decision. I think it’s important and one not to be taken lightly.”