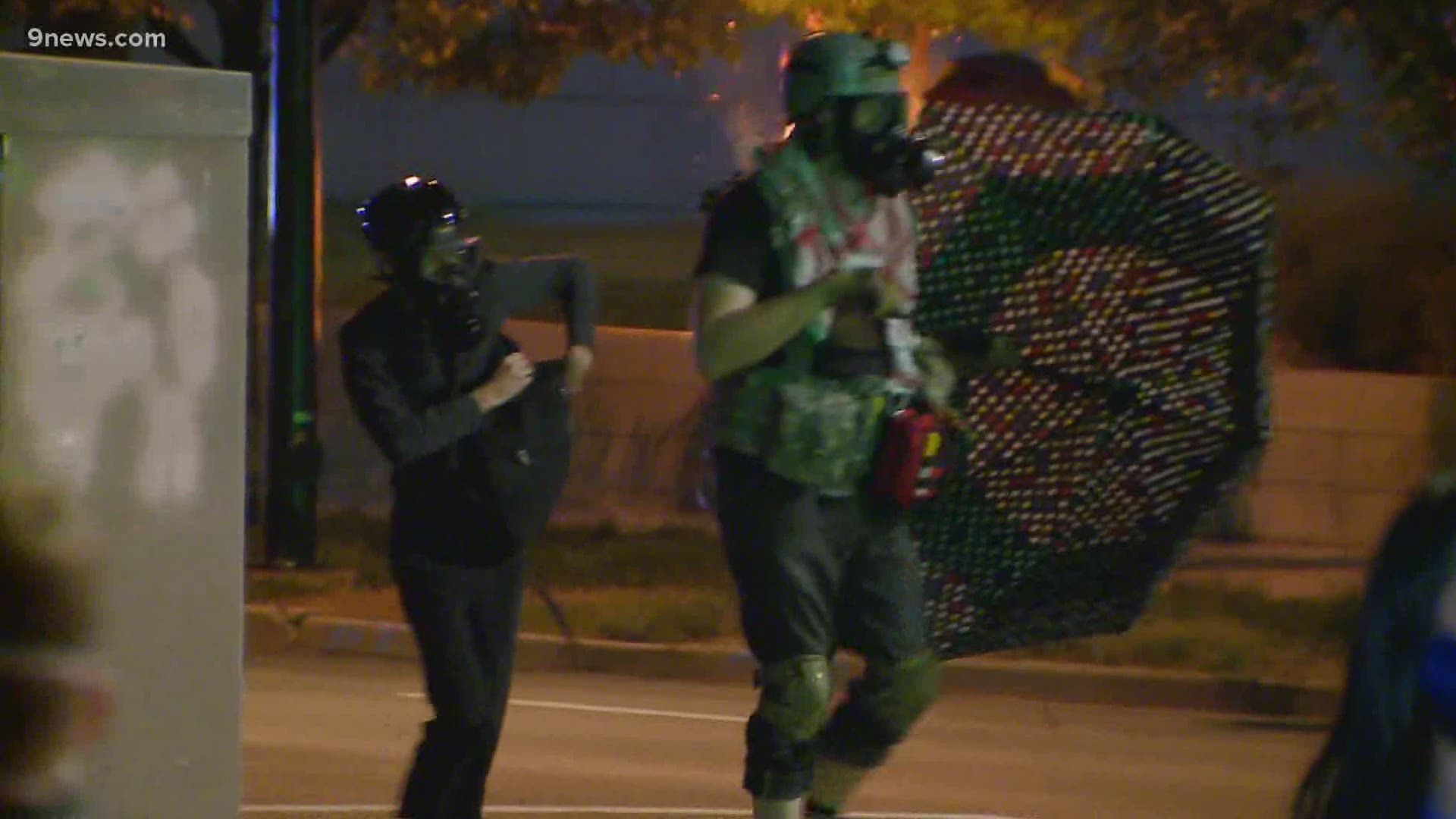 The Denver Police Department said on Saturday night that they had made nine arrests, then said on Sunday that 12 people were arrested and one cited.

A group of about 75 to 100 people gathered outside Denver Police Department (DPD) headquarters Saturday night to call for the abolition of DPD.

A 9NEWS reporter witnessed people setting fire to trees and an American flag, breaking windows and throwing fireworks at officers.

One officer was injured but it's not clear how serious those injuries were, according to DPD.

A downtown Denver Quiznos sandwich shop near the Denver City and County Building had its windows shattered.

RELATED: Hancock: 'We will not tolerate these actions in our city'

In a post circulating online for the "Give em Hell" demonstration, organizers called on participants to "bring your gear." 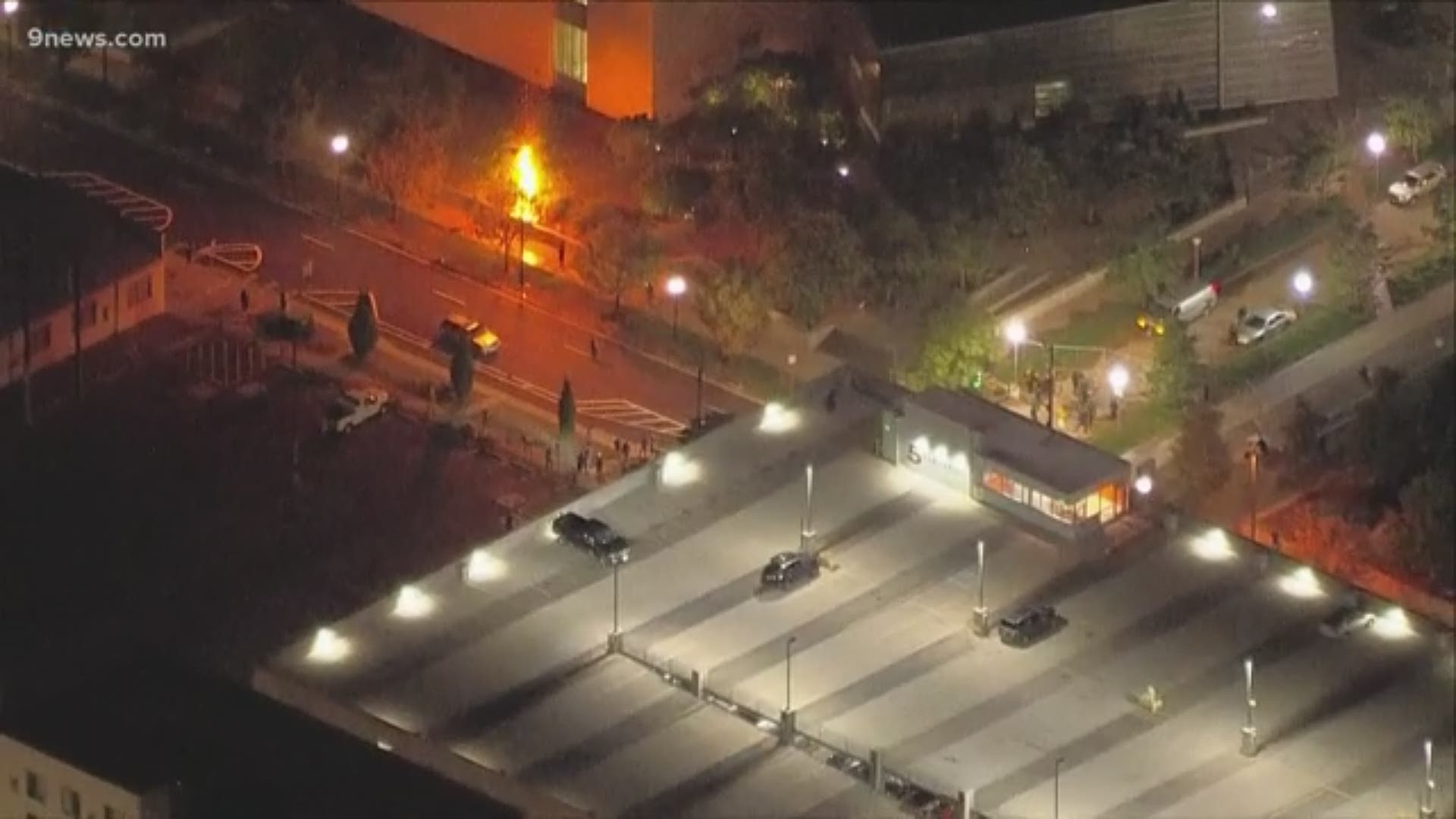 Denver City Councilwoman Candi CdeBaca recently submitted a proposal to replace DPD with an unarmed "peace force," but she was the only person to vote for it at a recent City Council meeting.

“This department is charged with responsibility to actively implement strategies to prevent conflict, reduce violence, and strengthen security and is to do so prioritizing a holistic, anti-racist, public health oriented approach,” a document posted to the Denver City Council website reads.

The proposal called for the new agency to "subsume" all of DPD's funding, and focus on underlying issues that lead to police response including homelessness and mental illness.

According to a document posted to the Denver City Council website, the peacekeeping force would not have immunity unless "it can be shown by clear and convincing evidence that the action was necessary for immediate self-defense and/or the immediate defense of another person."

The document says most members of the peace force would not have arrest powers or be armed.

“In particular, triage systems will be developed so that situations involving nonviolent, addiction, minor accidents and infractions, mental health crises and any situations that do not require it, are not responded to with armed officers unless a specific assessment is made that an armed response is warranted,” the document says.

Cdebaca said she expects the peace force idea will end up on the ballot through the petition process.

Her proposal comes amid nationwide discussions about police brutality and systemic racism following the in-custody death of George Floyd.

A spokesperson from the governor's office said, "Denver had arrested twelve suspects from last night and has not asked for any additional assistance from the state. As the governor has stated in the past, he has a zero tolerance for unlawful behavior, and he is especially disturbed to see violent attacks against family businesses. While peaceful protests and demonstrations play an important role in making real change, the governor condemns the violent and destruction perpetrated by a very small number of fringe anarchists, and he supports the City of Denver’s decisions to apprehend and prosecute them.”

This article draws on previous reporting by 9NEWS.