A group of about 200 to 250 people marched down Marconi Boulevard past the Ohio Supreme Court. 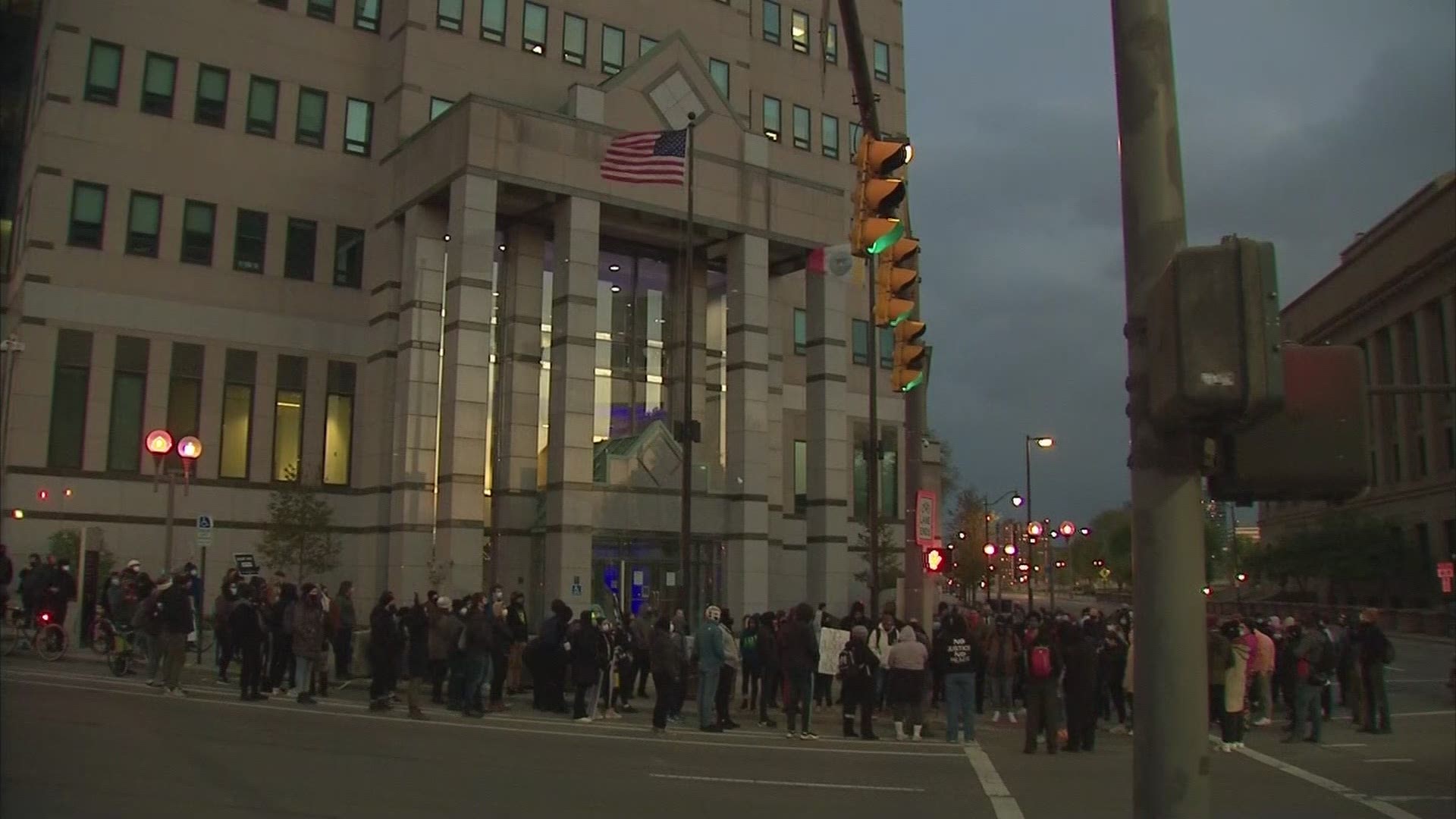 COLUMBUS, Ohio — For a second straight night, protesters gathered in parts of downtown Columbus in response to the shooting death of 16-year-old Ma'Khia Bryant.

People gathered on South Douglass Street for a vigil to honor Bryant and show support for her grieving family.

During the vigil, those who knew and loved Ma'Khia spoke about the impact she left on their lives.

"Ma'Khia was an outgoing person," said one friend of Ma'Khia's. "She loved hair and makeup stuff and she wanted to just become big on her own."

Through the vigil, organizers asked those in attendance to stay engaged and committed to change.

As the night progressed, people made their way downtown to gather in front of Columbus Police Headquarters and, from there, down Marconi Boulevard past the Ohio Supreme Court.

Demonstrators began to disperse around 11:30 p.m.

Protestors have moved from CPD HQ into their cars to drive down Marconi @10TV pic.twitter.com/JRSeF5PFeC

Columbus police released body camera video on Tuesday and Wednesday of the shooting. According to Interim Police Chief Michael Woods, a caller said females were trying to stab them.

Video released by police from the first officer on the scene shows Bryant appears to attempt to stab a woman with a knife before Reardon fired.

The Bureau of Criminal Investigation has since taken over the investigation.