A crowd gathered in Denver for the ninth day in a row to remember George Floyd. 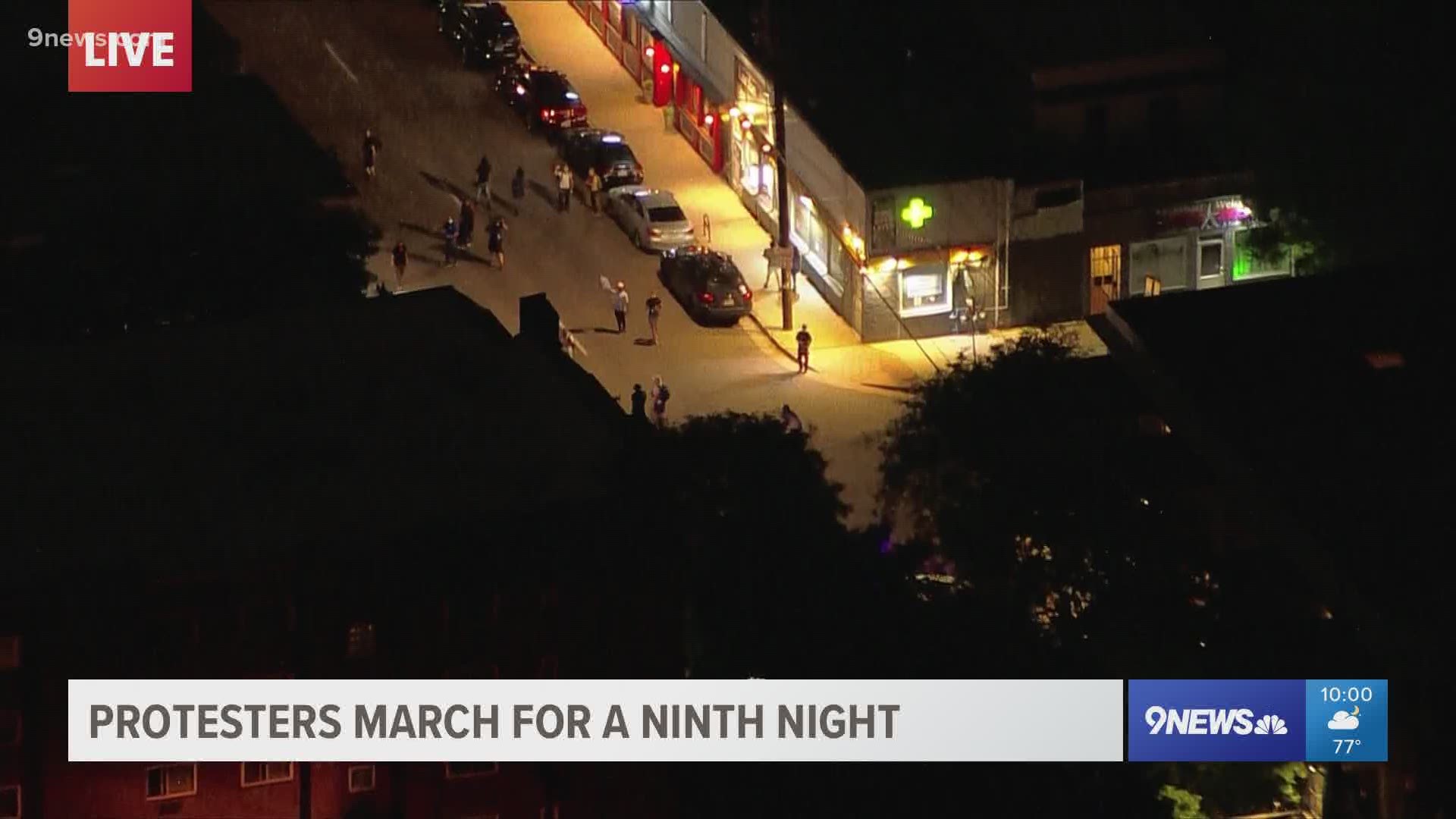 DENVER, Colorado — On Friday, Denver's ninth day of protests, a crowd marched through the streets while a brass band played, artists painted Colfax in dazzling color and many shared their fears, experiences and hopes with the group of hundreds gathered around the steps of the Capitol.

The group had gathered to demonstrate against the in-custody death of George Floyd and to protest police brutality and systemic racism.

Following Friday evening's first march, organizers hosted an open mic at the capitol where anyone attending the rally was invited to share their thoughts, feelings and stories.

(Note: This is raw video and contains profanity) 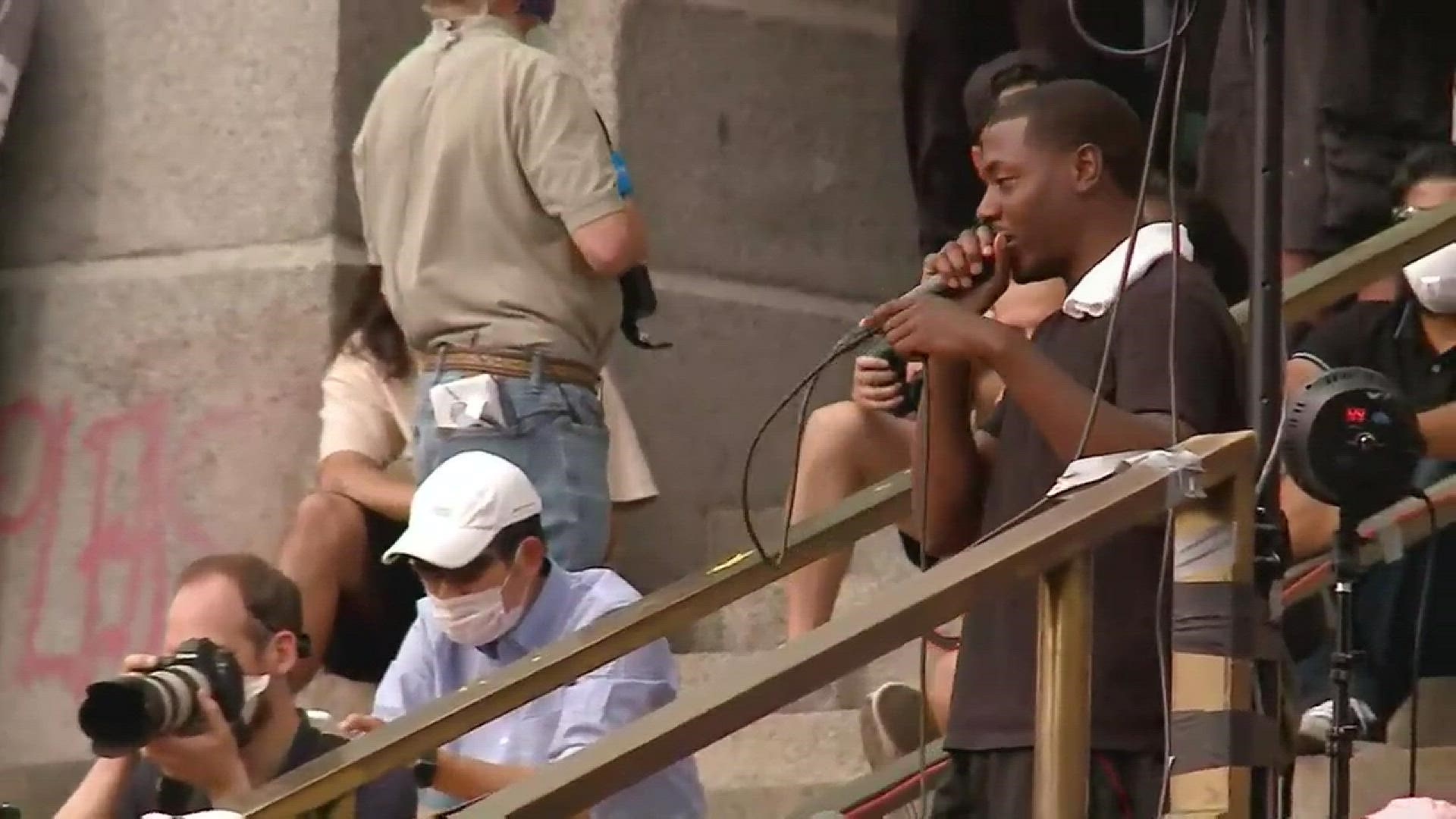 Meanwhile, a colorful mural of George Floyd was coming to life on Colfax Avenue and High Street. Black artists Detour and Hiero Viega said they are using to color to breathe life back to society.

Like most days this week, protesters began marching again as darkness fell. This time, they were led by the Brothers of Brass band.

Around 10:30 p.m. a large group stopped outside the Denver District 6 precinct. Dozens of officers were present, but standing back from the fence.

9NEWS Reporter Marc Sallinger said protesters chanted things like "peaceful protest", "why are you wearing riot gear, I don't see a riot here" and spoke through a megaphone. At least one also threw a water bottle over the fence, but it did not lead to a confrontation. This location is one where there were confrontations between police and protesters last week.

By just before midnight, most of the group had left the precinct and headed back toward the Capitol.

RELATED: Judge grants partial ban on use of less-lethal devices during protests

Protests this week have been peaceful, marked with moments of silence to honor Floyd's life, and conversations about racism, violence and discrimination.

Denver's 9 p.m. curfew, which was in place this week following multiple nights of riots that turned at times destructive, expired Friday morning.

1 / 22
KUSA
For the ninth day, a crowd is marching through the streets of Denver to demonstrate against the in-custody death of George Floyd.