Businesses along 16th Street Mall got a postcard from the city of Denver recently, warning them of potential social unrest following Tuesday’s presidential election. 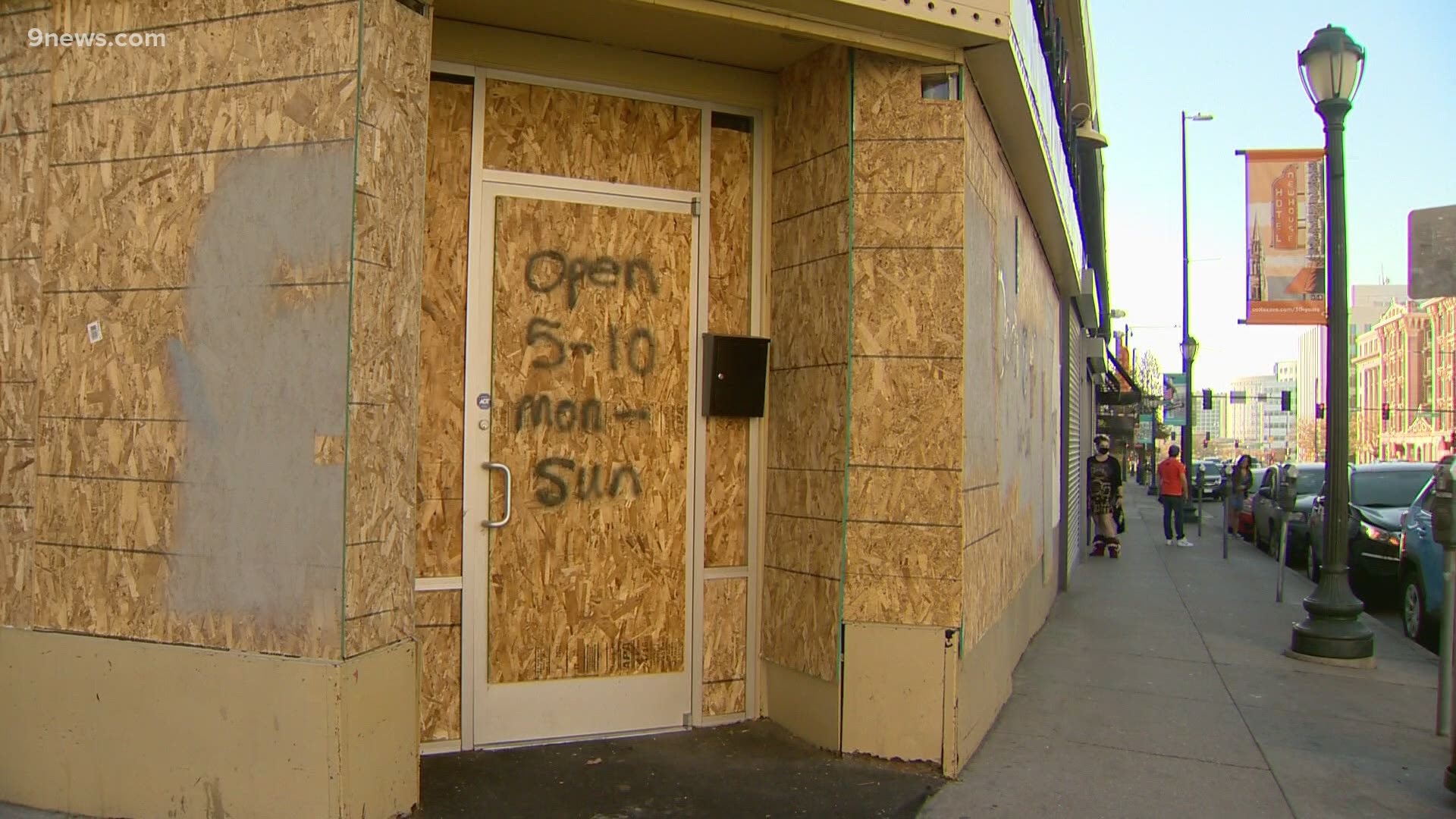 DENVER — Young Chung moved quickly to drive screws through a sheet of plywood covering the window of his souvenir shop Sunday night, the second straight night the business owner has boarded up before what could be a tumultuous week.

“What is happening to this country,” a man passing by asked him as he worked.

Chung and other business owners along the mall got a postcard from the city of Denver recently, warning them of potential social unrest following Tuesday’s presidential election. The notice encourages business owners to take precautions to protect their businesses.

The Denver Police Department (DPD) also recently held a security briefing for members of the Downtown Denver Partnership, according to a recent email blast from the organization.

“DPD has been in contact with some downtown businesses and business organizations over the past couple of weeks discussing safety and security ahead of the election,” a spokesman for the police department wrote in a statement to 9NEWS.

“With regards to boarding windows or other precautionary security measures, our advice is for businesses to do a safety assessment and determine what’s most appropriate for their property,” the statement continues.

Across the street from Colorful Colorado, Chung’s store, an entire city block between Stout and California streets was boarded up.

“It’s just preventative action for the windows,” said Holly Brooks, who owns Capitol Hill Books a few blocks away, off the mall. “They’re worried about riots.”

Capitol Hill Books is across the street from Colorado’s state capitol, the site of nearly nightly protests against racial injustice and police violence. Following some of those formal protests, some in the crowd have caused property damage.

RELATED: VERIFY: Voter intimidation is real. Here's what you can do about it.

Graffiti is still visible behind the plywood on the windows of Brooks’ store, which have been boarded up since the early days of protests in June. She said her landlord requires it.

“It’s been slow since then,” Brooks said. “I think a lot of people who drive by and see those boards think we closed. But I’m pretty determined not to.”

Brooks said her landlord wanted to keep the boards up until well after election day.

“It sort of depends how the election goes and what the reaction is … but that’s what everyone’s scared of,” she said.

A few steps down the block on Colfax Avenue from the bookstore, wood frames sit in the small windows of Satellite Bar.

“Starting tomorrow since we’re closed anyway, I’m going to put the boards up in anticipation of Tuesday’s election and whatever might happen,” Satellite owner Luke Harrison said.

The bar is currently only open during a small window on Friday, Saturday and Sunday because of the pandemic. A move that has hurt Harrison’s bottom line immensely.

“I’d rather put up cheap plywood than have to replace windows … especially right now when we’re not making enough money to really get by,” he said.

It’s difficult to keep the bar’s windows protected and still bring in customers. Harrison said people need to see the beer lights and bar from the street to even know they are open.

For the bar owner, potential unrest is the latest chapter in a year that’s been full of unpredictability.

“We’ve been dealing with the burden for so long now it just kinda seems like old hat,” Harrison said. “I don’t really know what to say. I’m just looking for some light at the end of the tunnel.”