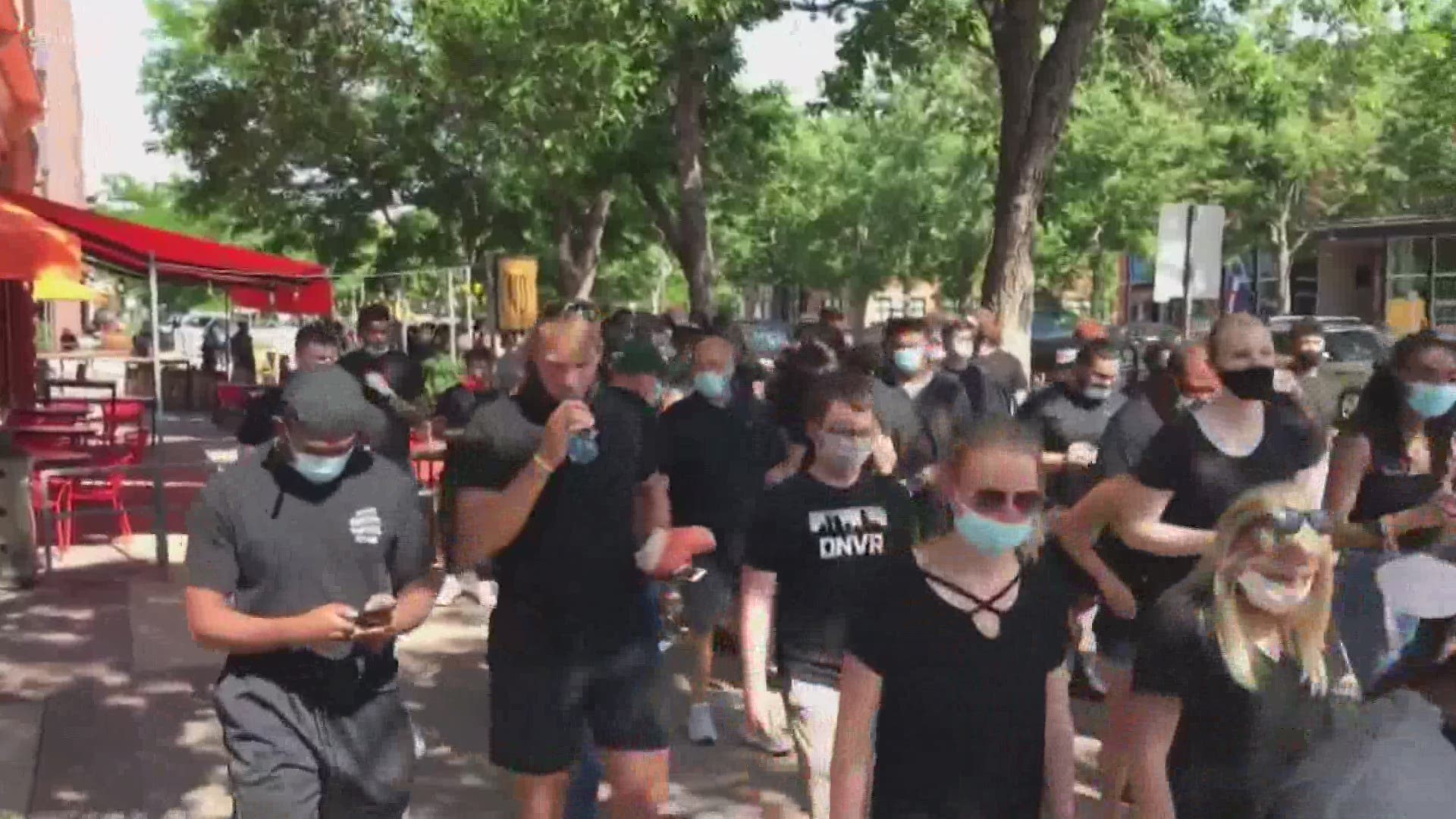 FORT COLLINS, Colo. — About 140 CSU football players, coaches and administrators held a rally marked by passionate speeches and a march at Old Town Square on Wednesday to show support for a black teammate who was held at gunpoint last week in Loveland.

A Loveland man, who is white, knelt on the player's neck while holding him and his white coworker at gunpoint because he believed they were members of antifa, according to police.

Scott Gudmundsen, 65, was arrested Thursday on suspicion of two counts of false imprisonment and two counts of felony menacing after police say he held the two men at gunpoint after they had identified themselves to Gudmundsen as salesmen.

Wednesday was the first public demonstration by the team, which wore black shirts with no Colorado State University logos, to support its teammate and rally against racial injustice.