The recommendations aim to address mistakes in the department's response to protests last summer. 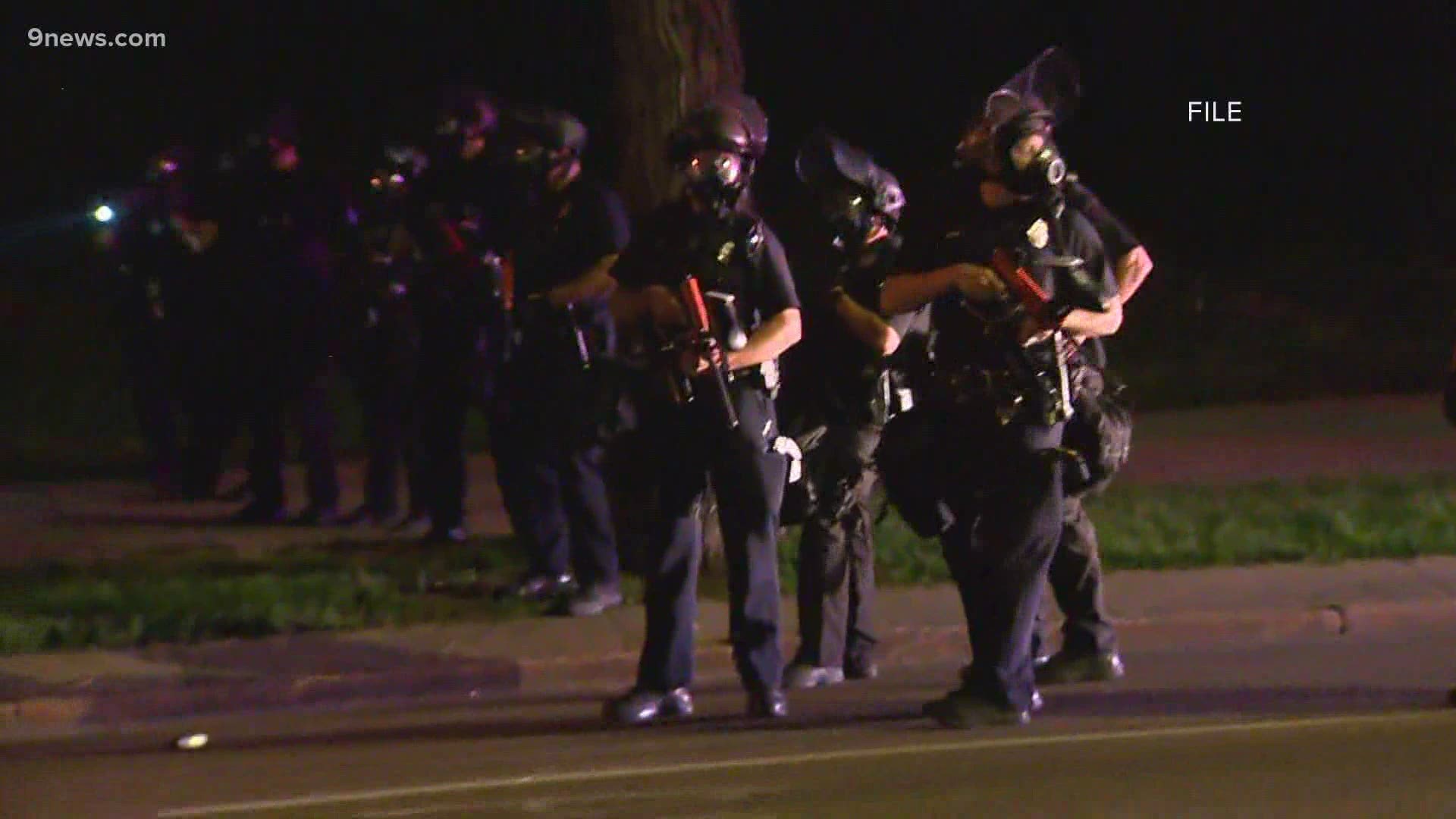 DENVER — The Denver Police Department has made many of the changes recommended after an investigation into police tactics during protests last summer, Chief Paul Pazen said.

Pazen provided an update on his department's response to recommendations from the Office of the Independent Monitor at a quarterly forum for the city's Citizen Oversight Board Wednesday night.

The OIM report, released in December, was critical of how the department handled weeks of anti-police protests last summer following the death of George Floyd. It described "significant gaps in DPD's use of internal controls to help manage officer use of force during the protests," and highlighted mistakes including firing less-lethal weapons at "persons who were verbally objecting to police behavior and not engaged in apparent physical resistance."

Investigators ultimately recommended the department enact 16 changes, including banning the use of rubber ball grenades for crowd control and mandating body camera use at protests. The department agreed with all the recommendations from the outset.

Now, Chief Pazen says many of the department's policies have been changed and officers are completing training to reflect the updates.

One pre-scheduled training underway this week happened to be rather timely. Pazen says his department is currently completing an eight-hour-long training on taser use.

"I believe what has been put together positions us to try and prevent the kind of tragedy we just saw on Sunday," Pazen said at the meeting Wednesday night.

Pazen was referring to Daunte Wright, the 20-year-old Black man who was shot and killed by a police officer in the Minneapolis suburb of Brooklyn Center on Sunday. The officer intended to use her taser to stop Wright as he tried to leave a traffic stop, but accidentally grabbed her gun, the Brooklyn Center Police Chief said this week. That officer is now facing a second-degree manslaughter charge.

"I'm dejected by it and upset by it," Pazen said of the deadly shooting. "It erodes all the positive things we're trying to accomplish and we as law enforcement need to do a better job."

Pazen said the biggest challenge to implementing the recommendations has been squeezing in training as the department deals with more calls for service. The chief said his department has been dealing with more calls than usual, with volumes equivalent to the typically busy month of August.

Advocates pressed the department to make the documentation for training accessible to the public and for more transparency around the officer discipline process.

Members of the Citizen Oversight Board asked Pazen how his department's response would be different if there were to be protests in Denver over the shooting of Daunte Wright or the outcome of the trial of Derek Chauvin, the former officer charged in George Floyd's death. Pazen pointed to the department's enhanced training and conversations with the community.

Following the OIM recommendations, Denver Police officers will no longer use rubber ball grenades for crowd control. The department has changed its systems to track the use of less-lethal munitions, keep lists of officers deployed to protests and require every officer, regardless of rank, to use a body camera. The department has also made changes so that officers' badge numbers will be clearly visible, even when they are wearing protective gear.

The department has created a website showing each of the 16 OIM recommendations and the status of its response.

"We're committed to learning from this, not just for the trial but next year and beyond," Pazen said. "We can be better prepared and have more repetition and practice to do this as safely as possible."