The vigil will be held on Saturday at City Center Park in Aurora at 8:30 p.m. 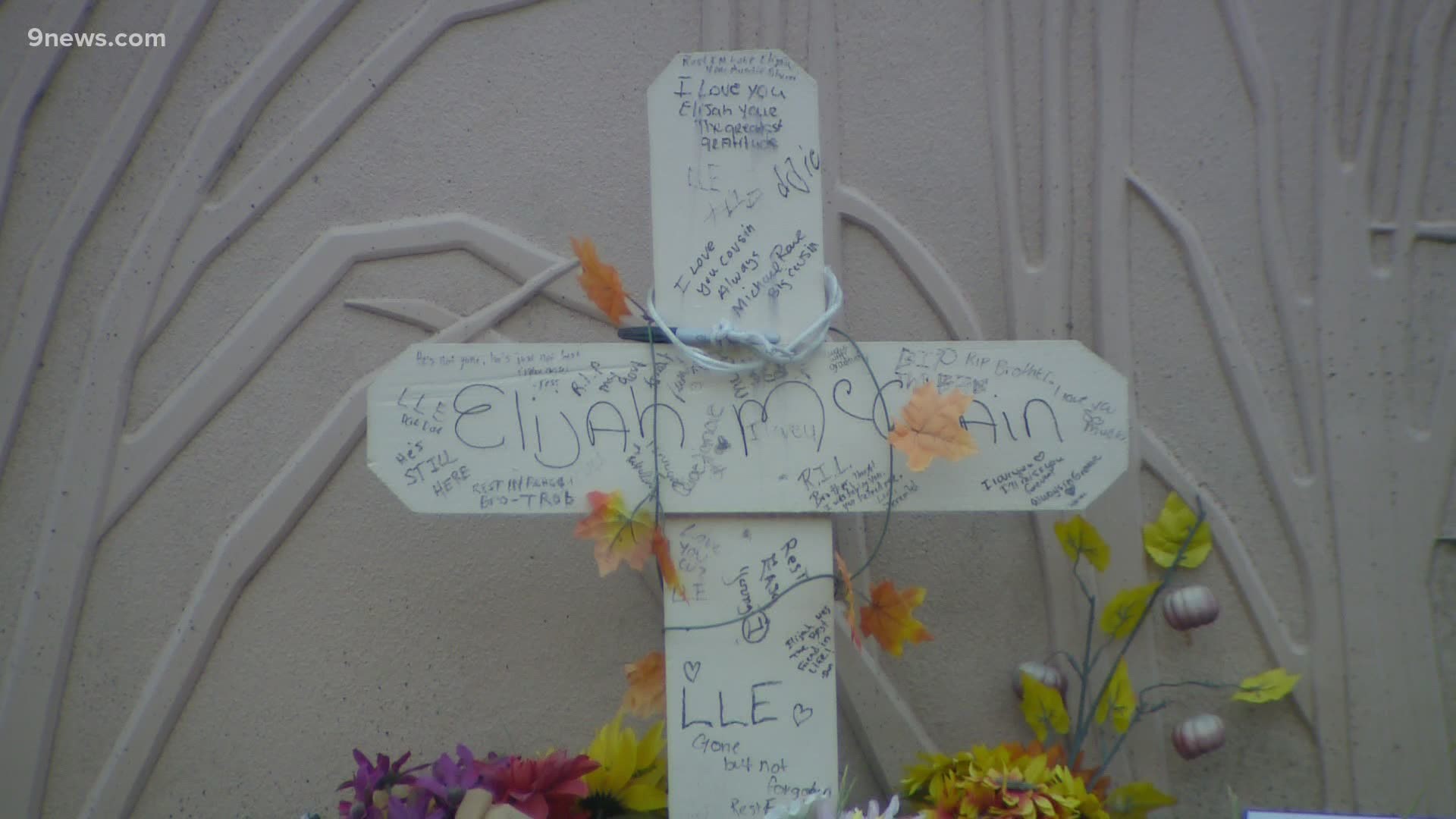 AURORA, Colo. — Elijah McClain's name has spread far beyond his memorial in Aurora.

It hasn’t always been that way. It’s been 10 months since the 23-year-old died at the hands of Aurora Police and paramedics.

"I see myself in him a lot. That easily could have been me in a lot of situations," said Ashanti Floyd, a six-time Grammy-nominated violinist. "I’ve heard about it for a long time but I just watched the video a couple of days ago. It really made me think about life and how blessed I am."

>>> The video above shows Denver artists creating a mural in McClain's memory.

Floyd is from Georgia. His friend Lee England Jr. lives in New York.

"I was really just looking somewhere that I would fit because I’m not one to just sit by and do nothing. I wanted to be able to back up my words with action," said England Jr., a world-renowned violinist and artist who is signed to Michael Jordan's 'Jordan' brand. "It was like, I saw myself in his story. That could have been me."

Floyd and England Jr. heard Elijah’s story, saw the video of how he died, and knew they had to speak up.

Saturday they’ll fly to Denver from Georgia and New York to use the most powerful voices they have to fight for justice: their violins.

"With all the emotions weighing down on us, I’m sure we’re going to go tomorrow and play our souls out," said Floyd.

They’ve helped plan a "violin vigil" for McClain, who also played the instrument. Musicians from around the country will join local artists -- another example of people from all parts of the world demanding justice for Elijah McClain. Nearly 3.5 million people have signed a petition online asking for an investigation into McClain's death and that the officers involved be removed from the streets.

"If it weren’t for the internet and all these petitions, who knows if there’d be any kind of justice for this young man," Floyd said. "People like us are regular just like anybody else. You don’t have to call the police on us walking down the road. What’s dangerous about a young black man walking down the road?"

The "violin vigil" will be held Saturday at 8:30 p.m. at City Center Park in Aurora.

"I feel like it’s necessary for me to do my part," England Jr. said. "At this point, I’m at a loss for words. I don’t actually know what me showing up there is going to bring and how it’s going to impact the community. I just feel drawn, I feel called to show up."