Fort Collins police said another person was cited, and officers are trying to identify more suspects after members of different groups clashed on Saturday. 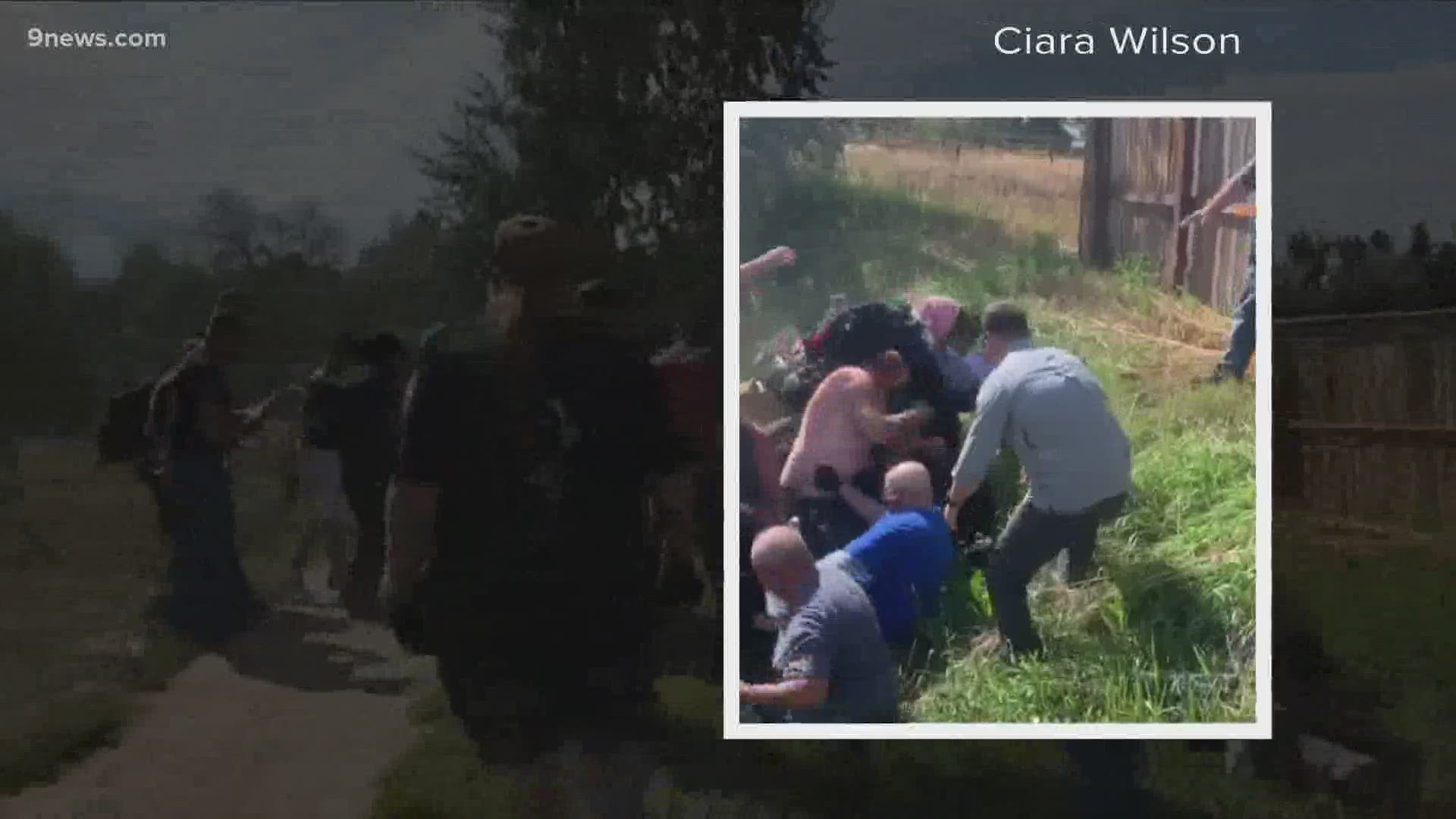 FORT COLLINS, Colo. — Five people were arrested and another was cited after fighting broke out at a "Back the Blue" rally Saturday afternoon, Fort Collins Police Services (FCPS) said.

FCPS said people attending the "Back the Blue" rally and counter-protesters assembled near the police department on Timberline Road, and that physical disturbances broke out between members of both groups.

Officers took action against active aggressors identifying with both groups, and FCPS also said that some fighting suspects left the scene before officers were able to identify or make contact with them.

One person who said they attended the demonstrations posted videos of fighting on Instagram (the video below contains language that may be considered offensive):

FCPS said officers are reviewing video to identify the suspects who left the scene.

Below is a list of the suspects arrested or cited by FCPS:

FCPS confirmed to 9NEWS Wednesday that another two people were arrested later in the week:

"We respect everyone's right to peacefully assemble," said FCPS Chief Jeff Swoboda. "Our officers have consistently supported these rights in recent months as people have gathered to make their voices heard. For the safety of our community, acts of violence and other unlawful behavior have not and will not be tolerated from anyone.”

RELATED: Man charged in Aurora protest shooting on I-225