Investigators will examine DPD's approach to the demonstrations including use of physical force, chemical agents, riot gear and surplus military equipment. 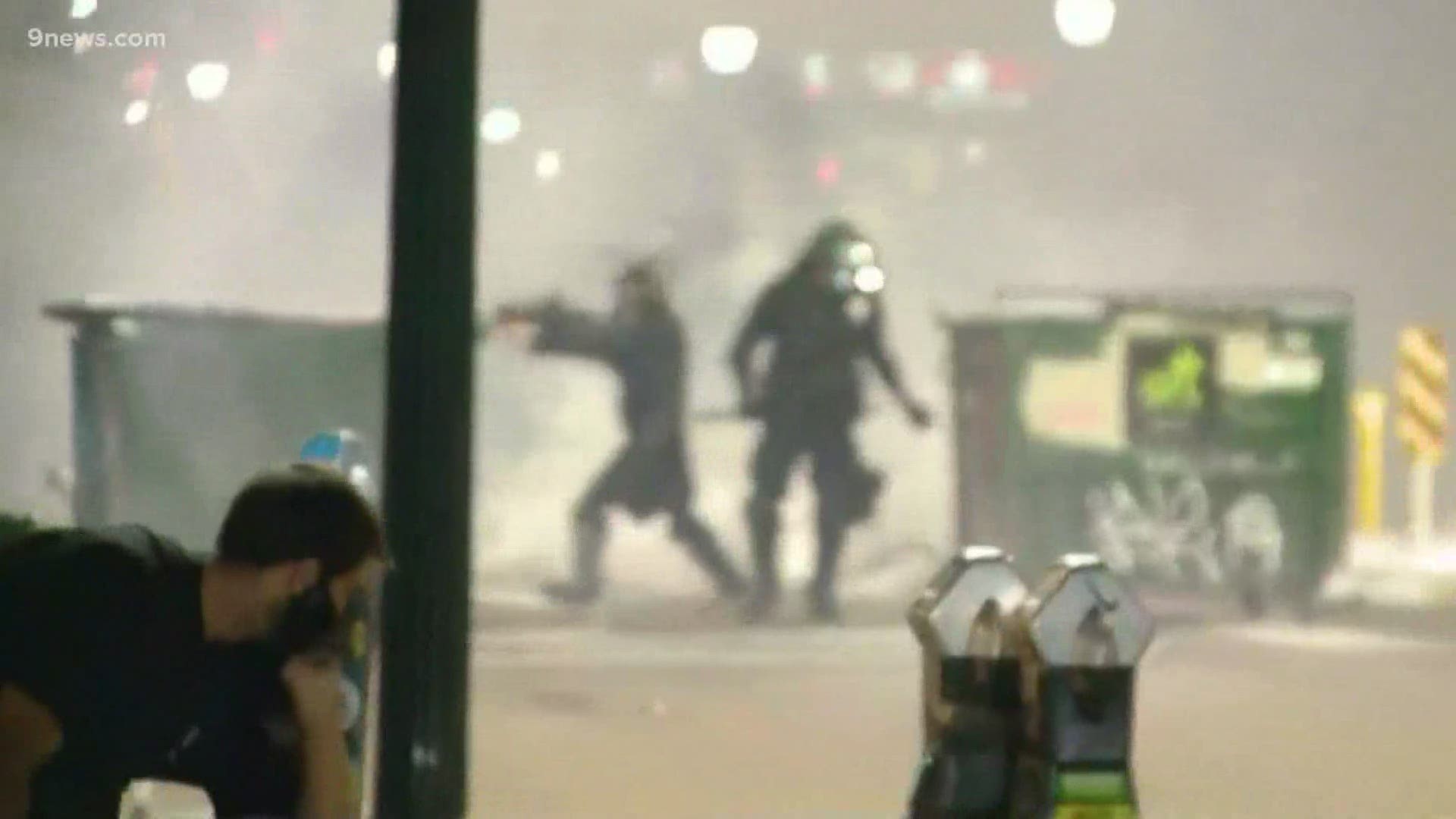 DENVER — An investigation will look into Denver Police Department's (DPD) approach towards demonstrations sparked by the in-custody death of George Floyd in Minnesota, the Denver Office of the Independent Monitor (OIM) announced Thursday.

Independent Monitor Nicholas Mitchell wrote in a message to the Denver City Council that OIM received two letters, dated June 2 and June 5, asking for an evaluation of DPD's use of physical force, chemical agents, riot gear and surplus military equipment.

OIM will also investigate DPD's handling of community complaints regarding alleged officer misconduct during the demonstrations.

According to DPD, there are 61 active complaints against the department as of this writing. Most of those involve use of force. More than 200 complaints have been received through the Denver protests overall.

Citizens can submit complaints of police misconduct by filling out a form on the OIM webpage or call the OIM directly at 720-913-3306.

Mitchell said investigators will have to review hundreds, if not thousands, of hours of HALO and body-worn cameras, radio transmissions and community-generated video. OIS will also interview command staff, officers on the front line and community members.

Investigators have drafted a first request for documents and information and will be submitting it to DPD shortly, according to OIS.

"I am gratified by the pledge of complete cooperation from Executive Director Robinson and Chief Pazen, and I look forward to collaborating with them and their teams as we conduct this review."

Mitchell said the investigation will be time and labor intensive, and said he will provide updates in the coming weeks and months.

The investigation comes after a complaint was filed on June 4 against the City of Denver that alleges officers with DPD misused less-lethal weapons.

A federal judge in Denver responded the next day by issuing a temporary restraining order on DPD's use of less-lethal weapons against protesters.

The order put restrictions on officers in using any kind of chemical weapons or projectiles against protesters unless an on-scene supervisor at the rank of captain or above "specifically authorizes such use of force in response to specific acts of violence or destruction of property that the command officer has personally witnessed."

The motion from the city filed later on June 5 says that it's not feasible to require a supervisor with the rank of captain or above to authorize such use of force because DPD has only four officers of high enough rank in the downtown area. The motion requests that lieutenants also be allowed to make that call. Jackson granted that request Saturday.