Police reform: Here's what has changed across the country since protests started

Since the killing of George Floyd, protesters in Colorado and across the country have been adamant about change. After 22 days, they're seeing nationwide results. 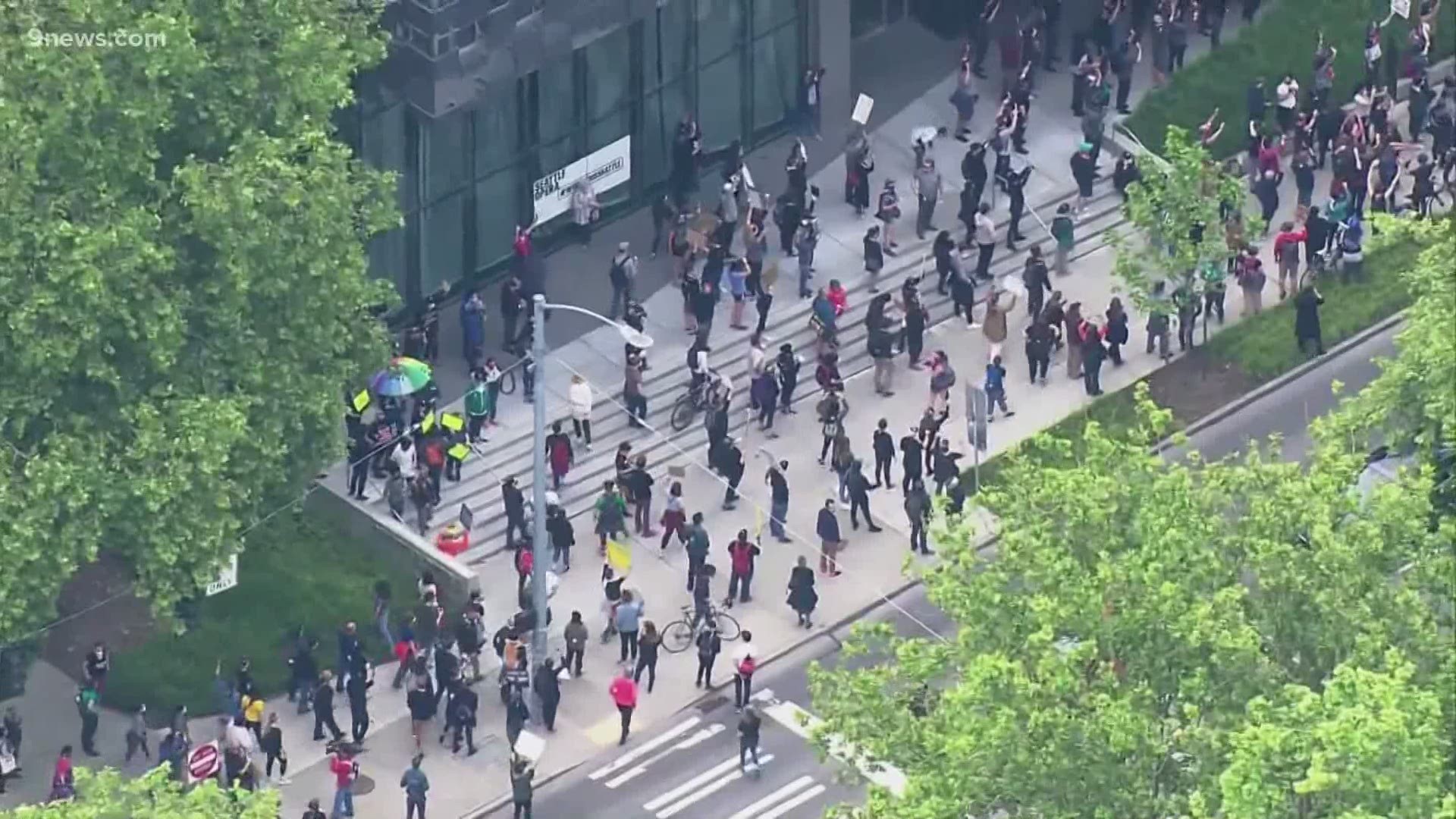 DENVER — America is already different than it was three weeks ago. Since the killing of George Floyd, major changes have happened locally, across the state and across the country.

From the renaming of Denver's Stapleton neighborhood away from its namesake -- former Denver mayor and KKK member Ben Stapleton -- to sweeping, statewide police accountability reform bills - a lot has changed.

In California, Connecticut, New York and Washington, lawmakers and governors have passed bans or are working on passing bans on the use of chokeholds by law enforcement officers across the entire state.

In Colorado, that same statewide ban on chokeholds is in the works. The state's most sweeping police integrity legislation is headed to the desk of Gov. Jared Polis to be signed into law.

"When the bill is signed by the governor, the chokehold will be banned, fleeing felon will be banned," said State Representative Leslie Herod (D) who helped draft the bill. "The shift of how we think of law enforcement – that will happen immediately."

And in Minnesota, a Hennepin County judge is ordering the Minneapolis Police Department to stop using all neck restraints and chokeholds when dealing with suspects.

"The next steps are across the board," said Herod. "We will see city councils across Colorado and across the country doing what they can to divest in law enforcement. To move the resources elsewhere."

The Minneapolis City Council has vowed to dismantle the city’s police department, which was responsible for the death of George Floyd and replace it with a new community-based system of public safety.

It's a transparency measure that is also included in Colorado's law-to-be.

"We have included in the bill 'reporting requirements.' Every time you unholster a weapon, or every time there’s excessive use of force – those things have to be reported," Herod said.

As it stands now, in police departments across the country, reporting is voluntary on everything from an officer drawing his or her weapon, to an officer's history of excessive force.

"One thing that I see that's consistent, that's also going to be in Colorado, is that database of bad officers so that we can track where they are," she said. "In Colorado, we're de-certifying them so they won't be able to work in Colorado law enforcement again."

In Arizona, the Phoenix Police Department announced Tuesday that it would suspend the use of the "carotid control technique," effective immediately.

In Florida, the Broward County Sheriff's Office said it will not use chokeholds to restrain or secure any person "except in situations where deadly force is justified."

In Texas, although the Austin Police Department never taught or approved chokeholds, the chief announced the ban will be written into policy. The department also discussed high sanctions for officers intentionally disabling body-worn cameras during "critical incidents."

"We're not done – this is just one step in the right direction but we've just gotten started," said Rep. Herod. "We all have a part to play in making change and we can all do that."