The 2020 protests against racial injustice in Colorado have left several high-profile activists and organizers with felony charges going into the new year. 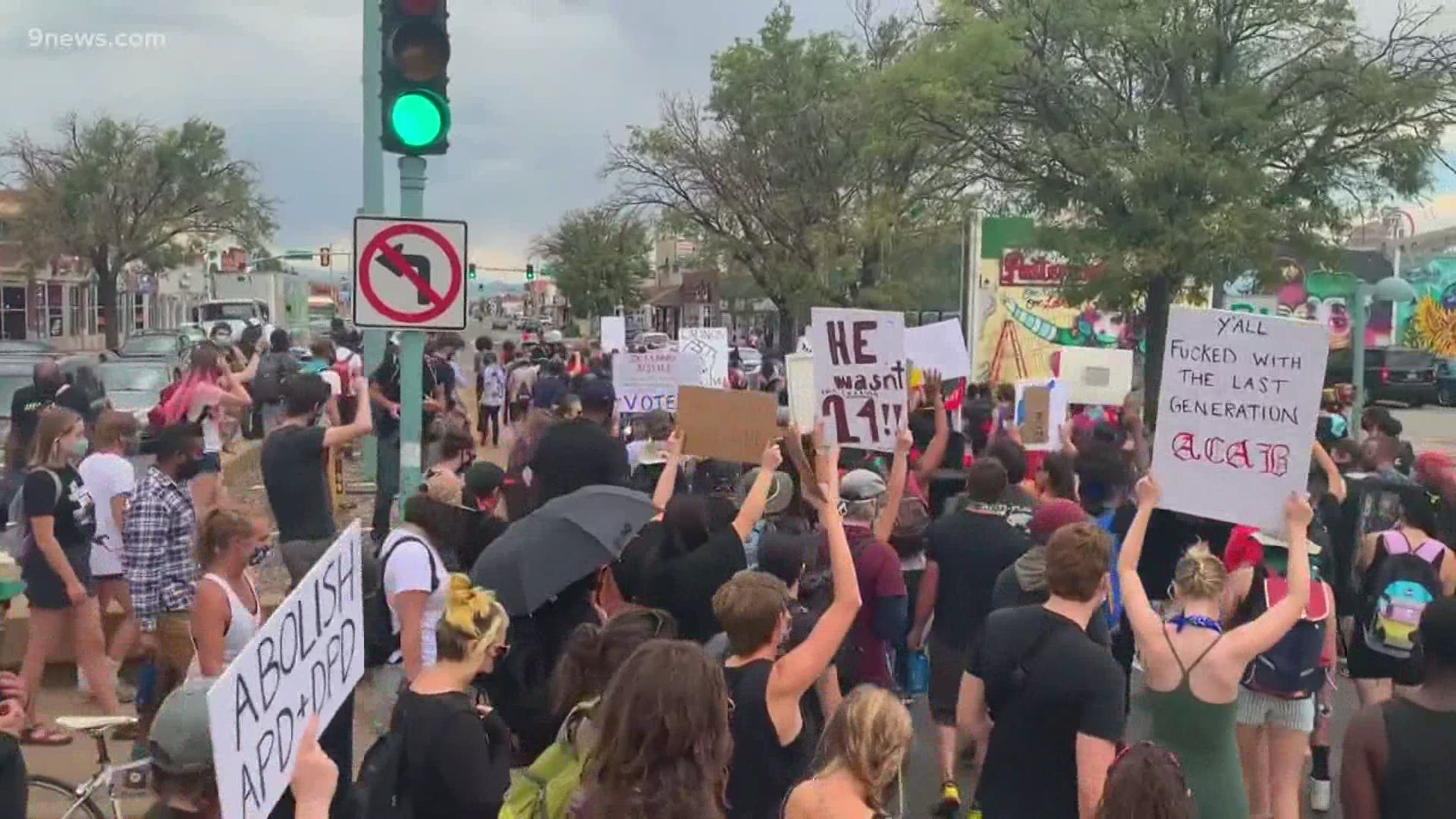 DENVER — It might be a new year, but the battles of the 2020 racial justice movement are not over. Joel Northam, 33, and Lillian House, 26, know this firsthand.

"I'm facing as many as 48 years in prison," said House, an organizer with the Party for Socialism and Liberation (PSL) in Denver and one of the six activists arrested and charged in September of last year. According to arrest documents, they were arrested in connection with crimes committed during June and July protests in Aurora – protests House and Northam contend were peaceful.

"In this country, we're supposed to have the right to protest peacefully," House said in late December, four months after she and Northam were arrested. "Yet now, we're facing some very serious retaliation and may be looking at decades in prison for fighting for justice in our community."

Both House and Northam became well-known leaders with PSL and the antiracism movement in Colorado last summer. Their fight for justice in the death of Elijah McClain brought thousands into the streets, week after week.

Hundreds of protestors were arrested last year. But very few face charges as serious as Northam, charged with 17 counts, and House, who faces 24 charges, half of which are felonies, court documents show. The most serious charges include engaging in a riot without a weapon, inciting a riot with damage, attempting to influence a public servant, and first-degree attempted kidnapping of an entire precinct of the Aurora Police Department.

"We've done nothing wrong. We have committed no crimes, and we are not the violent ones here," Northam said, contesting his laundry list of charges.

That attempted kidnapping charge stems from a protest on July 3. According to an arrest affidavit, a large group surrounded an Aurora police station and demanded two more officers involved in Elijah McClain's death be fired.

RELATED: Why were some Elijah McClain activists charged with attempted kidnapping?

"We completely reject the characterization of what we've been doing as violent or dangerous. Or in any way anything other than a positive movement towards the betterment of our community," said House, calling the kidnapping charges ridiculous.

Their arrests came out of the blue, House and Northam said, several months after the June and July protests in question.

"It got real for me when I was in my apartment trying to track down Lillian and I noticed that there was a SWAT tank right outside of my apartment," Northam said of his experience on Sept. 17 before being arrested. "Within about 30 seconds of me noticing the SWAT tank, I just hear a loud bang on the door. There was a SWAT team, they were in full tactical gear, fully automatic weapons, and they were banging on my door saying, ‘Joel, come out. You’re under arrest,'" he said.

House and Northam would go on to spend what they called an unprecedented and unexplained eight days in jail before being released in late September.

"What really is at issue here," House said, "is these forces do not want this protest movement to continue."

As Northam and House prepare for their preliminary hearing on Jan. 12, they also say, the protests are not done.

"This is not just an attack on us as organizers and the organization," Northam said. "This is an attack on a mass movement of thousands of people, of families, of community members."

While they value their freedom from prison, Northam and House say this fight is for everyone's freedom to protest.

"Of course we value our freedom, and we don't want to spend decades in prison. But really this is an attack on the fundamental rights which allow any person to protest, any person to speak out," House said. It's going to be a very long and costly battle ahead of us, but that is not going to be enough to make us tuck our tail between our legs and give up our rights to fight for our community."