Participants gathered to ask for justice and to shed light on the recent death of the 16-year-old girl, who was shot by police in Columbus, Ohio. 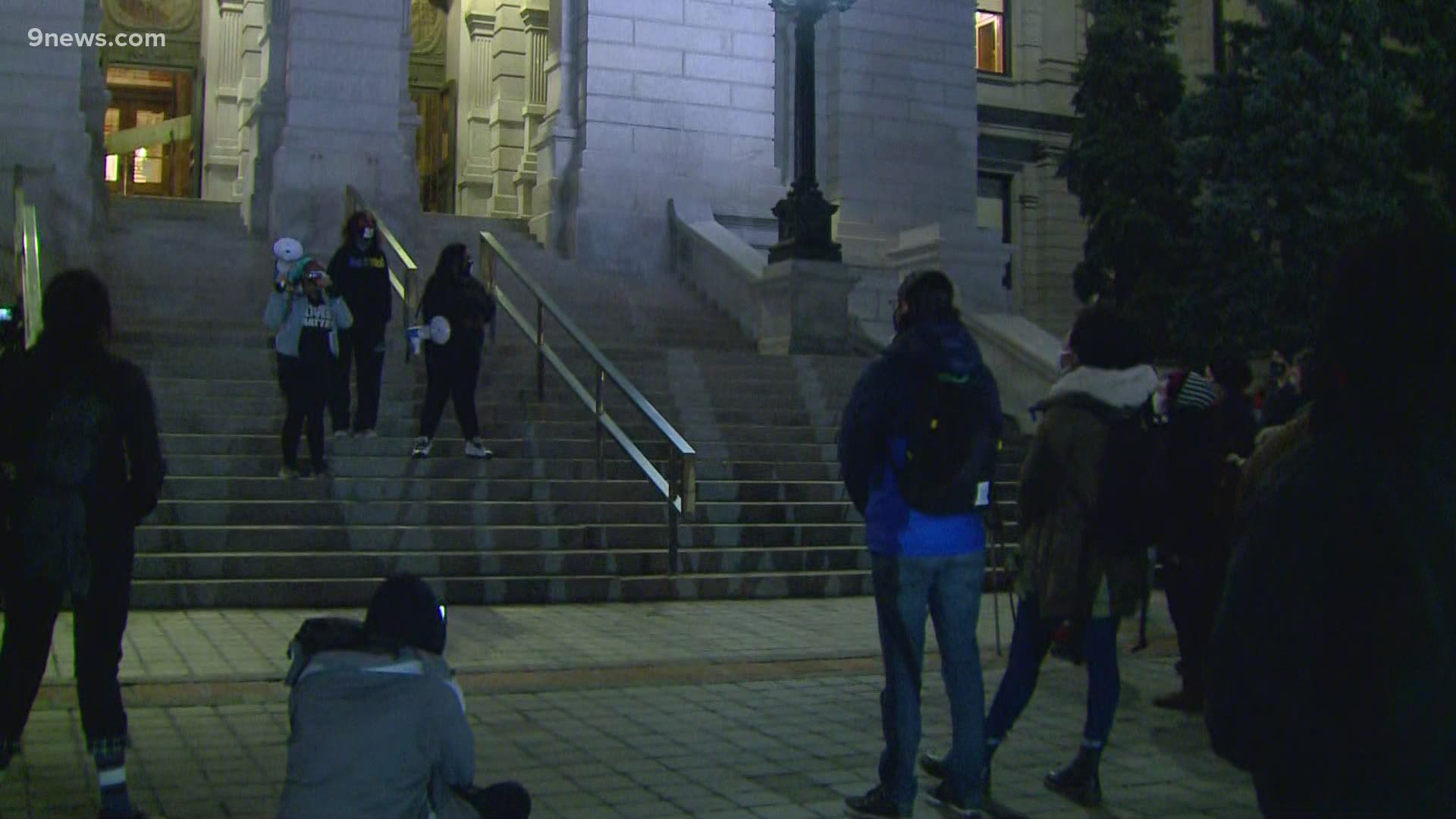 DENVER — On Friday night, a few dozen protestors stood on the west steps of the capitol and didn't leave until Saturday afternoon.

“It was freezing," said Ashira Campbell, 17. “We were shivering."

Campbell organized the sit-in along with her teenage friends Aaryah Johnson and Rahma Ahmed.

The three became friends through activism, all fighting against police killing Black people.

“These are some lovely amazing ladies and I would love to just be able to gather and have teenage girl talk but the reality is we can’t," said Johnson, 18. "There’s too much happening in the world to just act like it’s not happening."

This sit in is in response to police fatally shooting 16-year-old Ma’Khia Bryant in Ohio.

Bryant was shot and killed by Columbus police officer Nicholas Reardon on Tuesday. Footage released by police shows Bryant appearing to try and stab a woman with a knife before Officer Reardon shoots her.

The shooting took place as the world tuned in to hear the verdict in the trial of former Minneapolis police officer Derek Chauvin, who was convicted of murder and manslaughter in the death of George Floyd.

RELATED: 'This never should have happened': Mother of Ohio 16-year-old killed in police shooting wants answers

"With the recent death of Ma'Khia Bryant, and us being black women, and her being so close in age with us, it really did hit home," said 17-year-old Ashira Campbell who is co-leading the sit-in with two others. "People are dying every day by the people that are supposed to protect and serve. We are putting emphasis on that, we are tired of it. We are 16, 17, 18 years old, we are seniors in high school and the fact that we are dealing with his right now is really weighing on our mental health."

Last week, Campbell helped lead one of two protests to stand with Daunte Wright, who was shot by police earlier this April.

After witnessing the murder of George Floyd by police in 2020, Campbell said she knew she could not stay in the dark about police brutality.

"It’s one name after another day after day; it’s like 24/7, mourning every day it’s not healthy, mentally or physically," Campbell said. "I wouldn’t want anyone to go through that, but currently, our community is suffering right now."