The group, Caravan for Racial Justice, said students, parents and other members of the community want systemic racism to be addressed in Adams County schools. 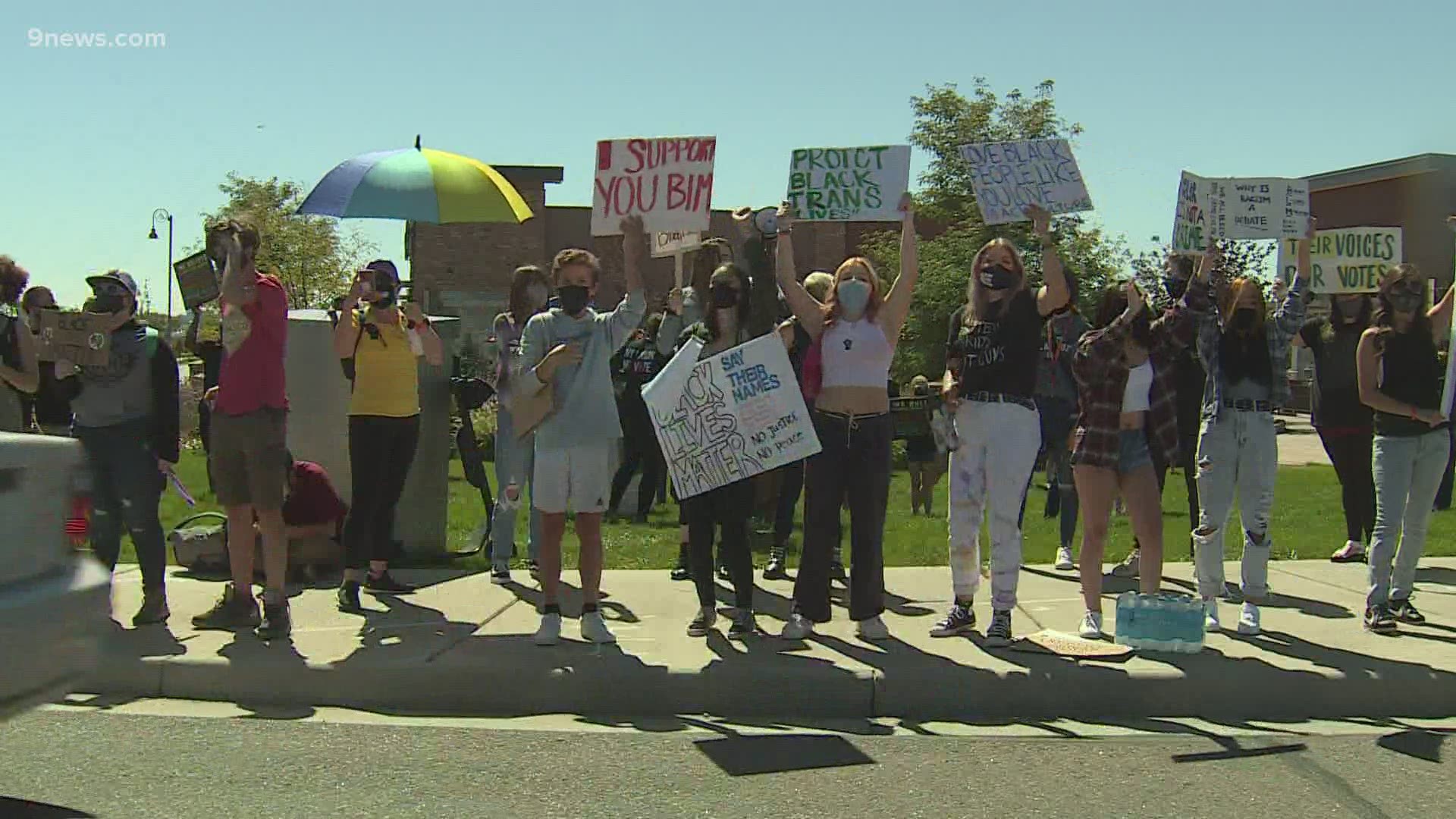 The group, Caravan for Racial Justice (CRJ), said students, parents and other members of the community called for systemic racism to be addressed in Adams County schools.

In addition to racial injustices, CRJ said that the rally is meant to draw attention to high turnover, poor attendance, low engagement and low academic achievement.

“We have a responsibility to support students who don’t feel safe in our community,” said CRJ Colorado founder Shenika Carter in a release.

A counter-rally organized by Colorado Conservatives for Education was also scheduled to begin at noon, according to a flier that was circulating on social media.

According to the flier, the event is calling for supports to "show up and call for an end to (Black Lives Matter) indoctrination."

"Show your support for Adams County Schools for keeping the SROs (School Resource Officers) and call for an end to critical race theory training and BLM curriculum," the flier read.

RELATED: 'How do we fix this?' Broncos join fight for racial justice

RELATED: 'They don't further anybody's cause': Fort Collins police chief weighs in on clash between 'Back the Blue' group and counter protesters