Leaving your car running while unattended can cost you $60 and has other unintended consequences, police say. 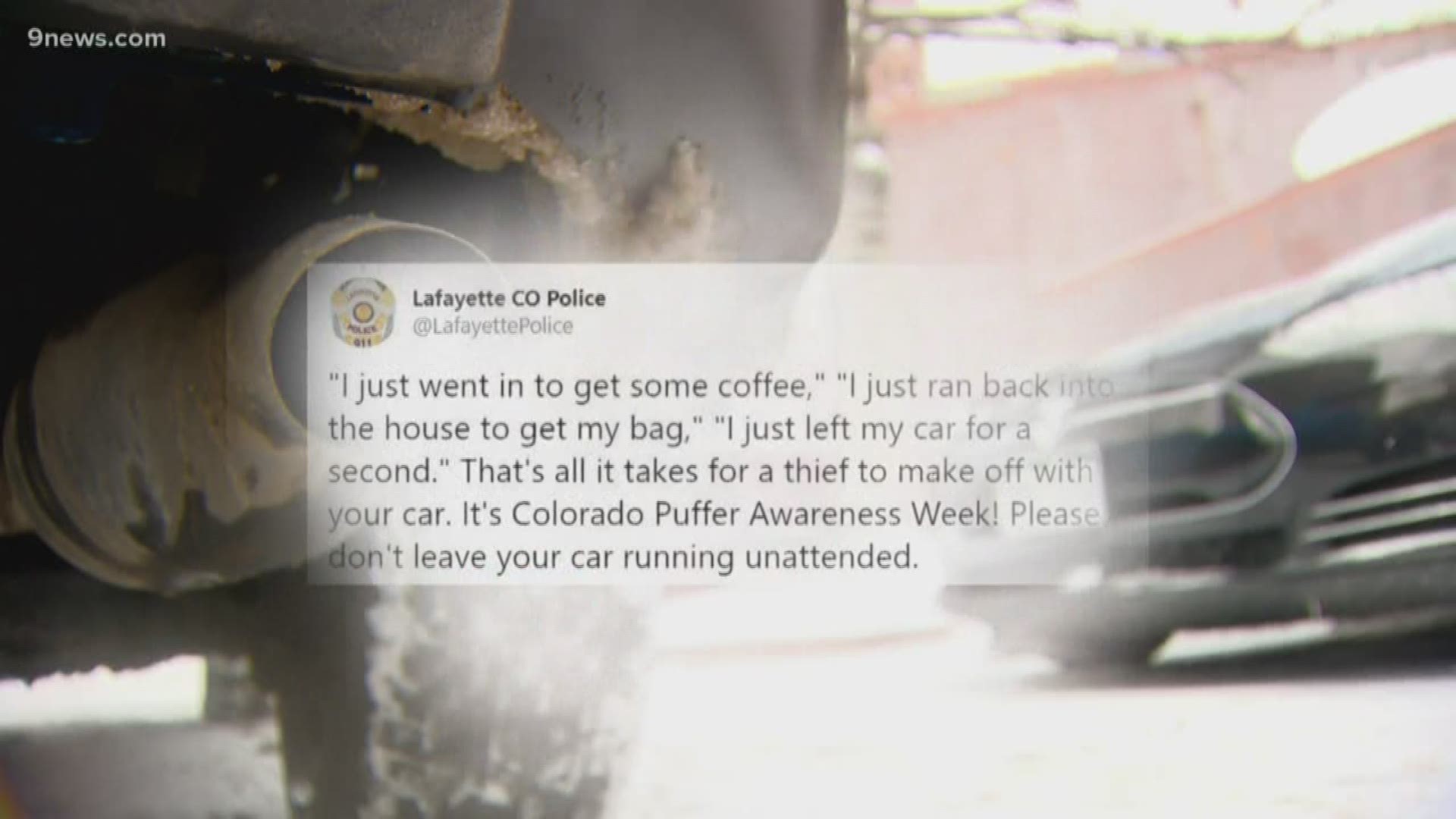 "Puffing" is a term describing leaving a car to warm up attended. It can be tempting for people when extra time is necessary to defrost windshields or scrape off ice.

“People think auto theft is something that’s never going to happen to them," said Carole Walker, chair of Coloradans Against Auto Theft (CAAT). "They can’t resist the temptation. They never think they’re going to come back out and have their car gone.”

Last week was Puffer Week when officers reminded citizens that puffing is illegal, except for vehicles with a remote start. Even in those cases, drivers must keep the keyless start fob away from the car so that the vehicle can’t be moved.

RELATED: 'Worst 30 minutes of my life': Mom whose car was stolen with kids inside warns about 'puffing' dangers

The statistics from this year aren't currently available, but during Puffer Week in 2019, law enforcement around the state engaged with more than 660 citizens to help create awareness about auto theft risks due to puffers, according to the group Colorado Auto Theft Investigators (CATI).

“We can push a message out there, but you as a citizen, you as a driver, you need to take responsibility and just don’t do it," Walker said.

If you're caught puffing, the citation will cost you $60 for the first offense.