A local group, Operation Rescue Afghan Interpreters, held a rally at the state Capitol in support of the interpreters and contractors who were left behind. 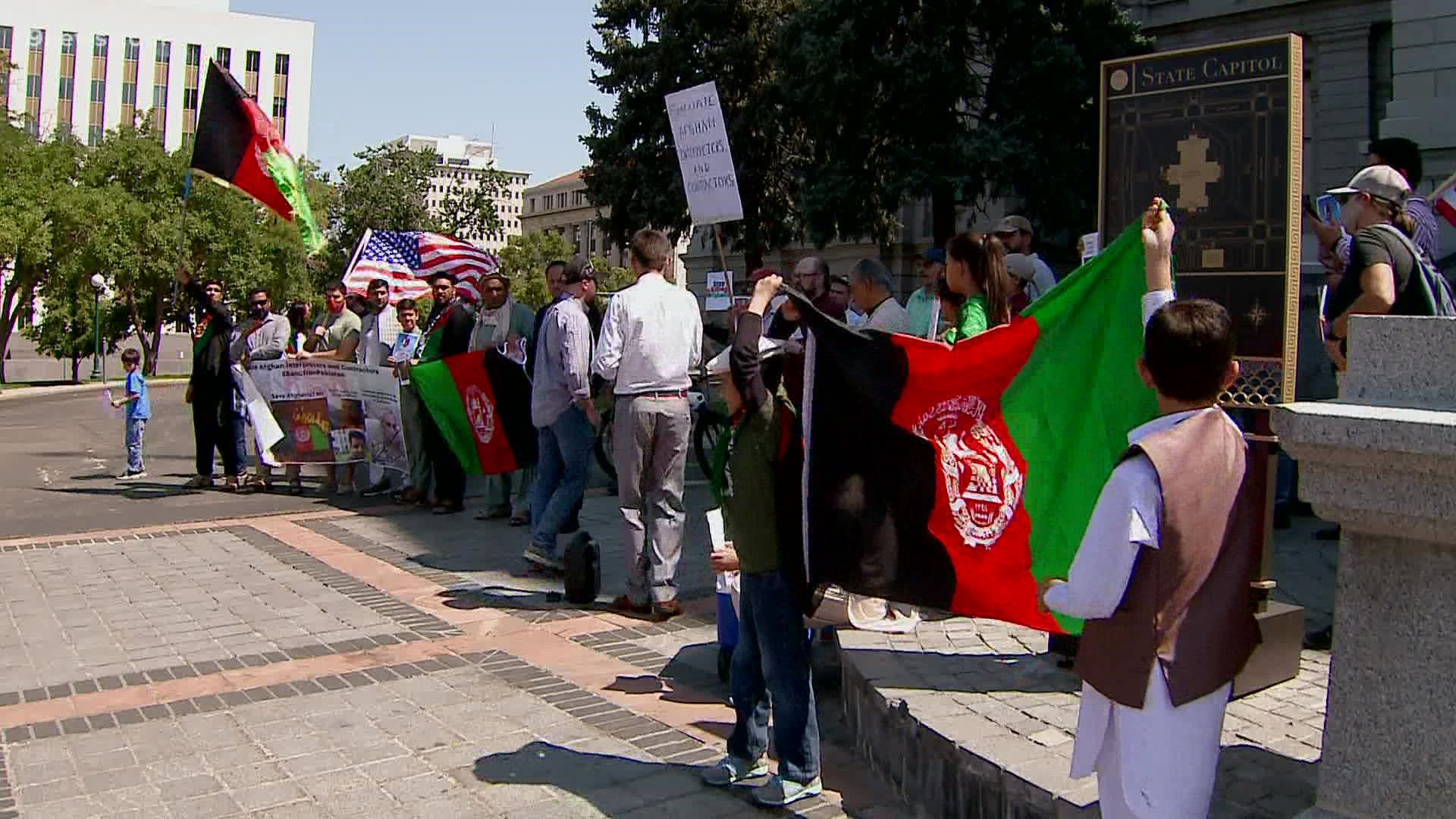 DENVER — The situation in Afghanistan is escalating quickly, as thousands of interpreters and contractors remain.

As the Taliban continues to close in on the capital, many interpreters and contractors are hiding and living in fear.

Nearly 50% have applied for asylum and applied for visas, but those processes can often take months if not years.

“We have more than 70,000 interpreters and local contractors who are left behind,” said former Afghanistan interpreter Aurangzaib Sharifi.

Saturday afternoon on the steps of the Colorado Capitol, dozens of Afghan-Americans raised their voices to send a powerful message to the United States government.

“We will ask the U.S. government to evacuate them from the danger. And plus the main reason that we are here is to bring sanctions on Pakistan in order to not support the Taliban and terrorist groups,” Sharifi said.

Sharifi knows first-hand what it’s like for these interpreters and contractors currently in Afghanistan.

“I started from 2003 all the way to 2014. I’ve worked for the United States Armed Forces, North Atlantic Treaty Organization, International Security Assistance Force, for about 11 years altogether,” Sharifi said.

But he says the current threat is unlike anything he experienced during his 11 years.

“Talibans are knocking on doors, taking interpreters out of their houses and slaughtering right in front of their families. They’re torturing the families and killing the interpreters,” Sharifi said.

Those in attendance chanted, "Sanction Pakistan, Peace in Afghanistan" and "America, don’t leave your allies behind."

Most people in attendance have a tie to Afghanistan making this situation more personal.

“I’m a veteran of the Afghanistan war. I was deployed to Spin Boldak about two hours away from Kandahar,” said former U.S. Army vet Eric Mulder.

Mulder made the decision to attend the rally and be the only veteran in attendance. This after the Taliban took over Kandahar hours before the rally.

“When we deployed there almost 10 years ago we knew the interpreters and the people who worked alongside us who were native and locals in that area, they were absolutely at the most risk. They would face the most immediate retaliation and violence for working with the United States,” Mulder said.

According to the Pentagon, 95% of troops have been removed from Afghanistan with hopes all will return home by August 31st. But the interpreters and contractors left behind are hoping they are not forgotten after giving so much to the United States for more than a decade.

“We’ve asked people to put their lives on the lines for the United States. The United States needs to do whatever it can to help these folks out. I know there’s a process and things we got to go through and stuff but it’s like this is kind of a crisis for all of these people here,” Mulder said.