Rattlesnake vaccine for dogs: What you need to know

Veterinarians offer the vaccine, but aren't sure how effective it is. 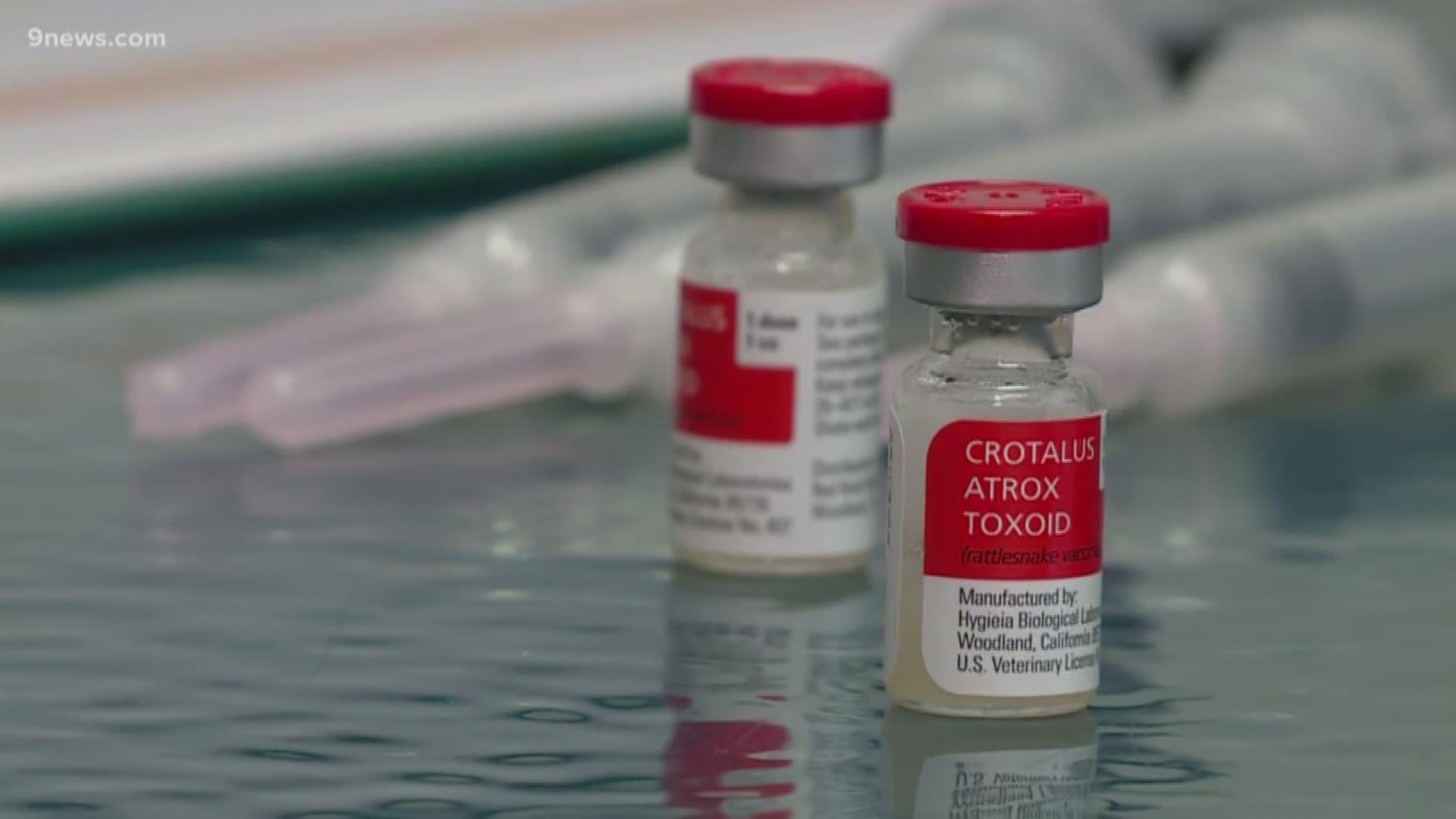 You've likely heard the warnings about rattlesnakes, like the ones that bit two dogs in Jefferson County.

But have you heard of the rattlesnake vaccine?

“There is a rattlesnake vaccine available, since 2004 its been out there,” said Dr. Kevin Fitzgerald, a veterinarian at VCA Alameda East Veterinary Hospital. “But we really don’t know about the efficacy of it.”

Fitzgerald, who is not only a veterinarian, but has researched snakes in Colorado for decades, isn’t sold on the rattlesnake vaccine.

“If I give a medication, it has to be two things," he said. "It has to be safe and it has to be effective. The rattlesnake vaccine is safe, but we don’t know how effective it is."

“I’ve had a couple of dogs that have the vaccine that have been bitten by snakes. The manufacturer says that if they are bitten after vaccine, the bite won’t be as bad -- very hard to quantify.”

Dr. Fitzgerald said the vaccine is available at his veterinary hospital, but he doesn’t recommend it like other “core vaccines” such as rabies. However, if a patient asks for the rattlesnake vaccine, he will give it to their dog. He said it costs about $35 dollars.

Several other veterinary hospitals throughout Denver said they offer the vaccine, too, if a patient asks.

“People ask for it all the time. Breeders, dog shows, field trial people,” Dr. Fitzgerald said. “Does it hurt them to give it? No. Does it help them? We don’t know. That’s what I don’t like, we need clinical trials.”

Whether or not your pet has the vaccine, Dr. Fitzgerald said they will need emergency care if bitten by a rattlesnake.

He also suggests a number of other precautions pets and their human hikers can take this summer.

“We see dozens of snake bites here every summer,” he said. “Lets have a little bit of common sense about when we walk with our pet.”

Dr. Fitzgerald recommends obedience training for the dog to ensure it will respond to commands from its owner, as well as keeping a dog leashed during a hike so that it’s easier to avoid snakes, and keep an eye on your pet.

He reminds people that rattlesnakes are more likely to appear between April and October, and like the south facing slopes. He also said prairie dogs are an indicator species that snakes could be nearby.