Reintroducing grizzly bears to Colorado 'could certainly have benefits ... across the board' 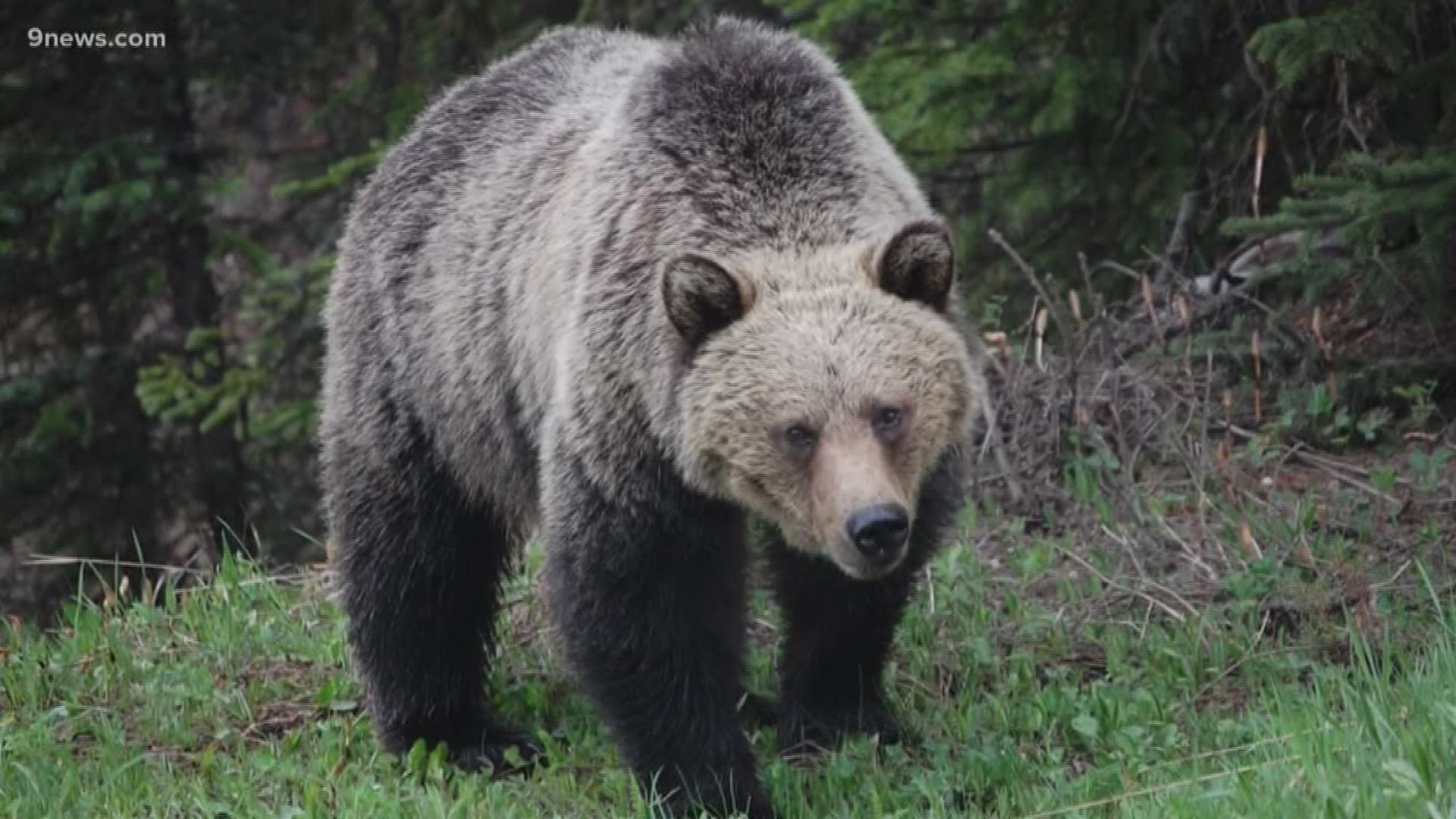 DENVER — Bears have been in the news lately.

Over the past week, a Castle Pines homeowner admitted to killing a black bear out of concern the bear would get inside their home, and a wildlife advocacy group filed suit seeking a court order to force federal officials to consider whether grizzly bears should be restored to more Western states, including Colorado.

We asked Brian Aucone, Senior Vice President for Animal Sciences at Denver Zoo, about that idea. The interview below has been edited for length and clarity.

In the past, where did grizzly bears live?

The historic range of grizzly bears was much of the United States, especially here in the West, all the way down to New Mexico, Arizona and Southern California. But, they no longer exist in all of those places. Grizzlies used to be fairly prominent here in Colorado, in the thousands for sure. Colorado’s got a great history with wildlife and wild places, and we’re missing a piece of it.

What happened to them?

They’ve slowly been killed, hunted out a lot in the early 1900’s. And then, just habitat and food is limited in a lot of areas because of human encroachment. There’s not as much available space for them anymore.

What would be the benefits of reintroducing them to Colorado and several other Western states?

Grizzlies were part of the natural ecosystem. So, they have a role to play. Certainly, in the Western states here we have large tracts of land that could continue to support grizzlies that currently don’t. An ecosystem is like a giant web. When you remove pieces of that, it’s not the best for the overall ecosystem. Putting them back in there could certainly have benefits for plant life and animal life across the board.

How are grizzlies different from the black bears already living in Colorado?

They’re similar, both omnivores. They eat primarily plant material. But, they will eat prey as well. So, they’ll hunt and kill things. Grizzlies tend to be in much more remote areas and not be as common where humans live. And they tend to go up to higher elevations. They’re also not very good climbers, whereas black bears can climb really well.

All bears are pretty impressive. But, Grizzlies are big bears. Seeing one in the wild – it’s an impressive animal to see. They try to avoid people. But, if you surprise them and they feel scared, they can attack, and they can certainly kill people. But, that’s usually avoidable if you’re aware of your surroundings. Certainly, people can live with them. It’s just using the same tactics you would use with the black bears that we already do live with. Keep your food in secured containers so that you’re not attracting bears. You want to be on the lookout for them. And avoid them. They will try to avoid you, too. They don’t want to be surprised by you either. Honestly, if you’re doing the right things for black bears, you should be doing the right things for brown bears. So, I don’t think you’d see a huge impact in the regards to them being here along with black bears as long as you’re using the same sort of cautionary approaches that you would with a black bear.