On July 31, 1976, 144 people lost their lives when torrential downpours caused the Big Thompson River to flood. 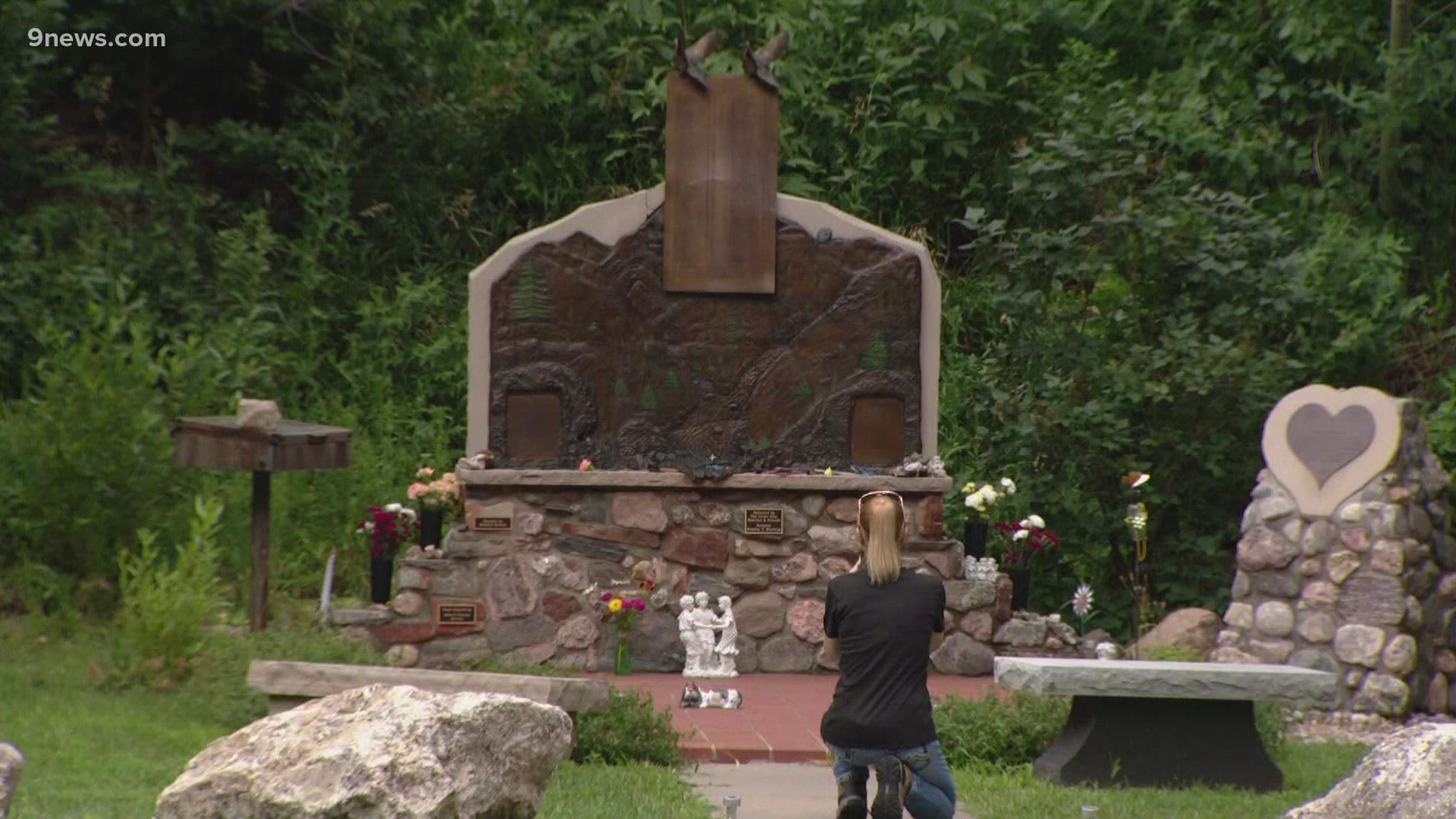 According to the U.S. Geological Survey, 12 inches of rainfall in just a matter of hours caused a major flood in the Big Thompson River.

Considered one of the deadliest flash floods in Colorado's recorded history, 144 people lost their lives, including two officers trying to evacuate residents.

The flood also caused over $35 million in damages to 418 homes and businesses, 438 automobiles, bridges, paved and unpaved roads, mobile homes, power lines and other structures.

Credit: Corky Scholl
A memorial honoring the victims of the Big Thompson River flood stands just off of Highway 34.

Barbara and Andy Anderson still live right along the Big Thompson River in the canyon.

They recall memories of the flood back in 1976, saying it was a call from a friend 10 miles up the road that warned them of the imminent flood.

“She said get out, get your family out, it just took the Waltonia Bridge," Barbara recalled, also explaining what she saw in the river.

She explained that they, along with family members and their neighbors, quickly moved to higher ground that night.

“We got up onto the highway and stayed there for the night – that’s where we spent the night all of us," she said. “I think what really hit me was that when we got up to the top of the hill, then we could see car lights going down the river… that fast.”

Credit: Corky Scholl
Barbara Anderson shows a picture of a destroyed building after the Big Thompson River flood in 1976.

Today, a memorial stands off Highway 34 just a few miles from the town of Drake, honoring the lives lost that day.

Barbara has worked for years to make sure the memory of those lost is honored. She's on the board for the group that started and maintains the memorial.

The group, Big Thompson Flood Memorial, Inc., also has awarded scholarships in the past to relatives of the victims of the flood.

There's also a website dedicated to the memorial and the history of the flood, which had initially posted of a scheduled visiting period to help honor the victims on the 45th anniversary.

However, due to the ongoing flash flooding threat, that gathering was canceled for safety.

"We’ll see you next year for clearer skies and our 46th annual remembrance! We will never forget!" the notice read.

“it’s been hard all these years… to know… every time that our family could have been there, too," Barbara said. "So I don’t ever want the people to be forgotten.”

Overall, she hopes the story serves not only as a way to remember the tragedy and honor the victims, but to warn people of the dangers of flash flooding.

The group is also working to continue sharing stories of those who survived the flood.

If you or someone you know has a story from the flood, you can submit that here.