Veteran Bob Marshall used the gun to fire off blank rounds as part of ceremonies throughout the year. 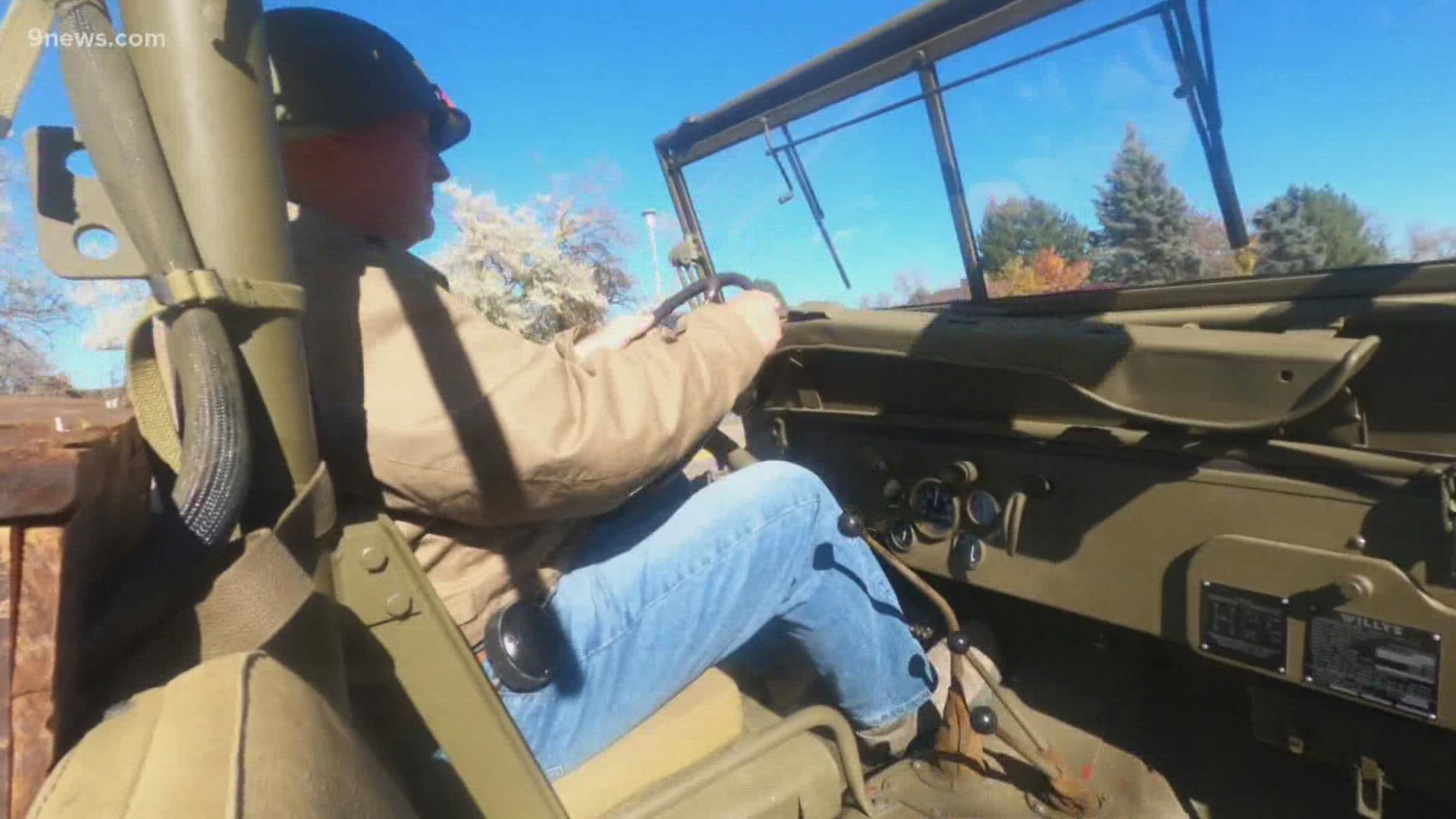 HIGHLANDS RANCH, Colorado — A veteran who owns an original Willys Jeep used in World War II is devastated someone targeted his vehicle, stealing one of the features that brings it back to its wartime roots.

Owner Bob Marshall served in the Marine Corps and purchased the vehicle to use as part of Veterans Day, Memorial Day, and July Fourth ceremonies.

He mainly purchased it for the veterans who often find so much nostalgia from seeing the vehicle. Some veterans prefer not to relive those memories, while some do.

Marshall took the Jeep to a mechanic shop in Parker for repairs. While it was being repaired, staff told him someone cut off the 85-pound gun and stole it while it was in the lot.

The gun was a demilitarized 0.50 caliber machine gun mounted on the top of the vehicle. The gun was set up with propane and oxygen hookups to simulate the flash and sound of the real thing.

Marshall filed a police report, but so far, there has been no indication who might have stolen it or if it may be returned to its rightful owner.

"I was pretty upset. It kind of just hit me in the gut, especially the timing. The timing was the worst part for me, because I can replace it eventually, but the whole thing for me is that I got this is to use it Memorial Day, July Fourth and Veterans Day," Marshall said.

A friend lent him a plastic replacement to get him through the holiday, but without the hookups, it can't have the same functions.

"It’s one of those things where I know the difference. I know they aren’t the real thing," Marshall said.

Marshall fears the person who stole it likely thought it was operable.

Anyone with information on the gun's whereabouts is asked to call Parker police at 303-841-9800.

RELATED: Colorado team working to recover WWII pilot who crashed in France in 1944