The man was rescued from the trench and transported to the hospital in serious condition. 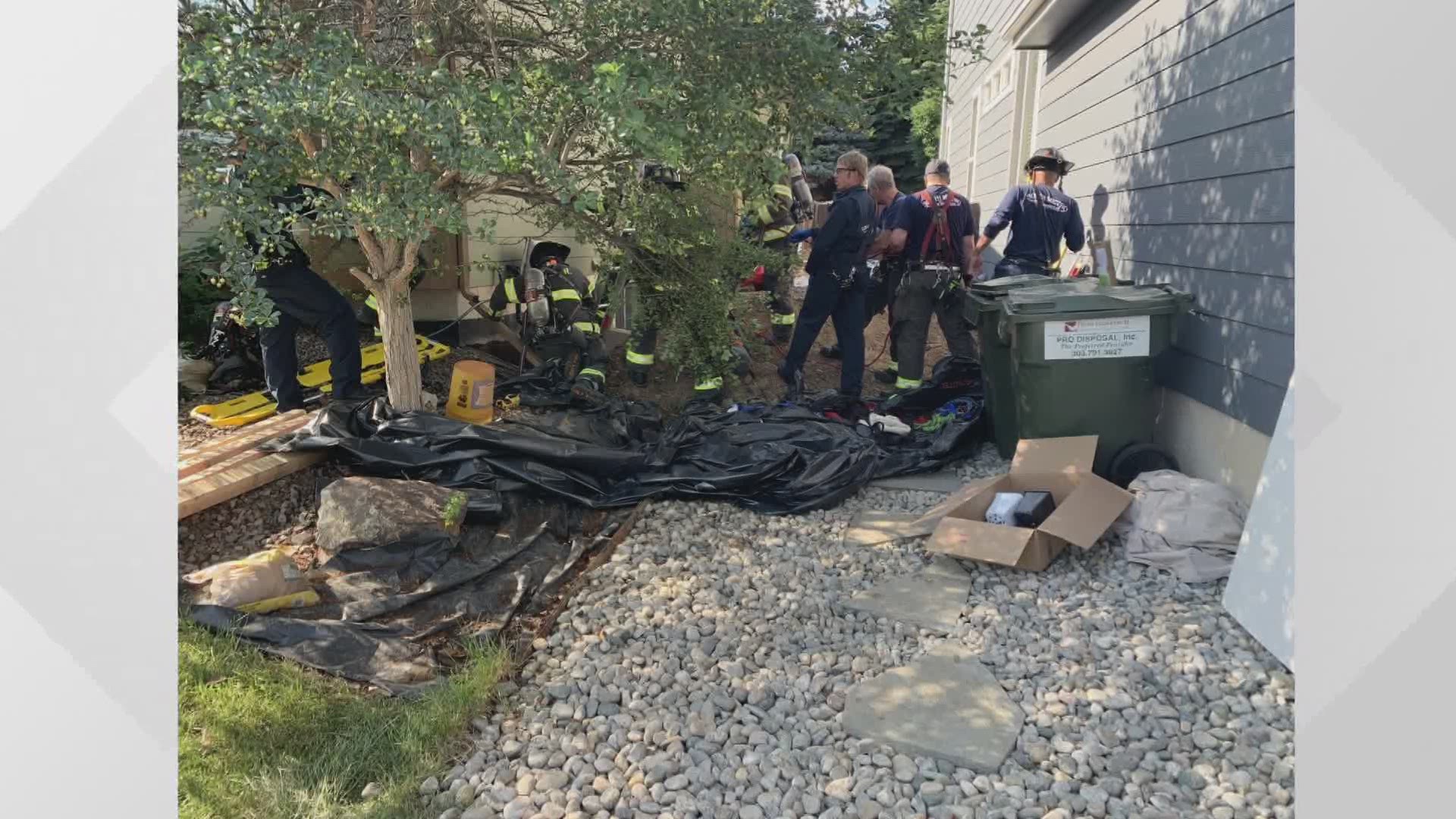 HIGHLANDS RANCH, Colo. — One person was rescued after a trench collapsed near a home in Highlands Ranch on Thursday.

The trench collapse occurred next to a home in the 9200 block of Desert Willow Road, which is about a block from Marcy Park, according to South Metro Fire Rescue (SMFR).

SMFR said the man in the trench lost consciousness while working with adhesive material, and that a pile of dirt next to the trench was at risk of collapsing inside.

The man was treated by paramedics on scene before being transported to the hospital in serious condition, SMFR said.

Firefighters from SMFR's technical rescue team conducted the rescue operation. A HazMat crew was also called to the scene to monitor air quality.

SMFR is on scene of a trench collapse next to a home on Desert Willow Rd. in @highlands_ranch 1 person is trapped inside. Firefighters from the technical rescue team are on scene and rescue operations are in progress. Haz-Mat Team responding to do air monitoring for safety. pic.twitter.com/PC2HDMITVf

RELATED: Man falls off boat at reservoir in eastern Colorado, hasn't been found