Some teams are reporting an increase in calls for rescue this year. 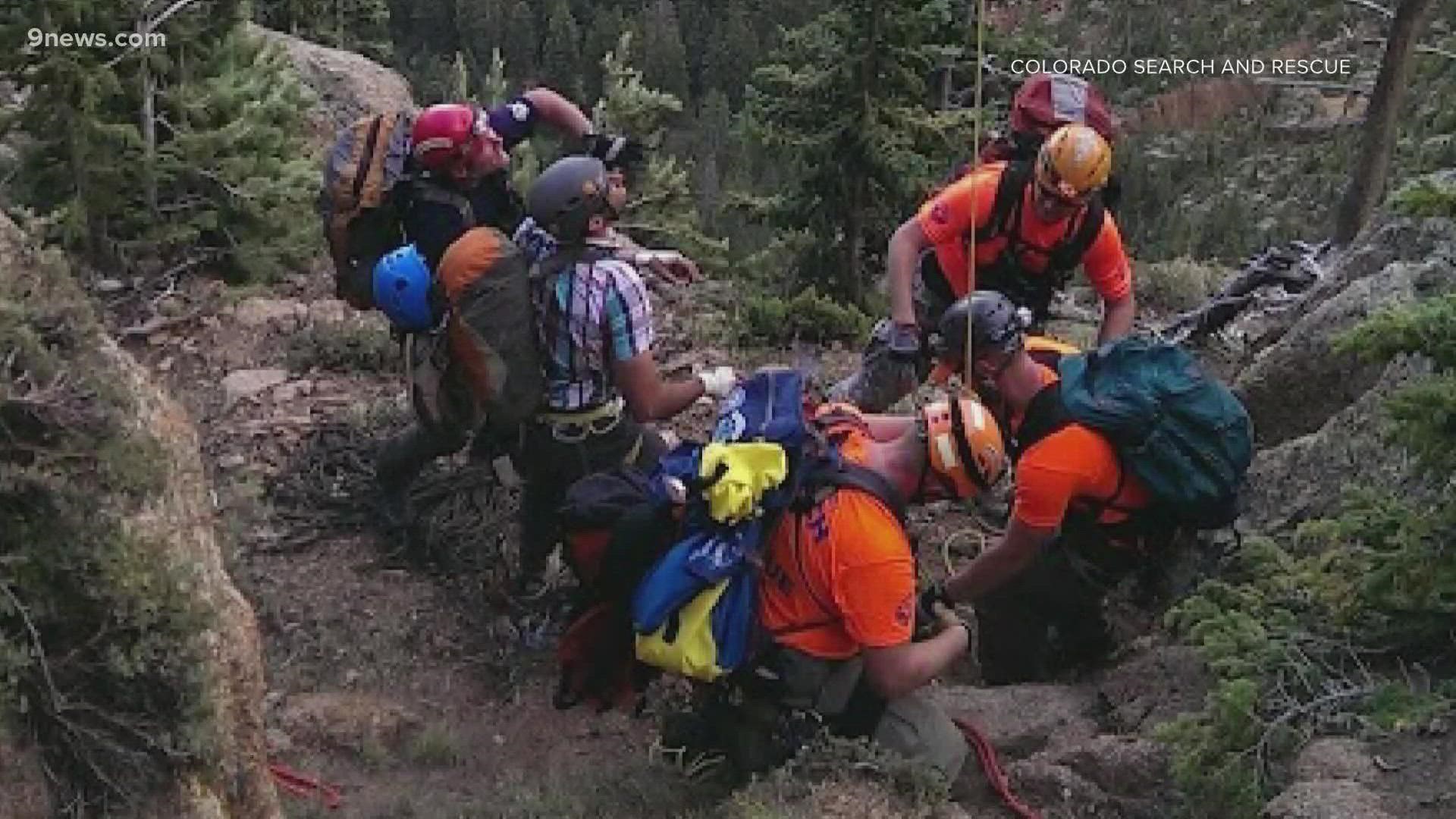 DENVER — There are roughly 3,000 backcountry search and rescue workers across Colorado, with nearly 50 teams under the Colorado Search and Rescue Association, and all of them are volunteers.

But Anna DeBattiste, a public information officer for the Colorado Search and Rescue Association who also works with Summit County's chapter of the association, explained that there is a way volunteers may see some benefits potentially in the future.

"One of the challenges with the current system is that those volunteers currently pay out of their own pocket for their personal gear and equipment, for you know for transportation to get to missions. Sometimes they even pay for their own training," she said.

Thanks to Senate Bill 20-130, which was passed in 2020, the state's Department of Natural Resources is directed to conduct a study to "develop recommendations on the issues related to backcountry search and rescue."

While DeBattiste says Summit County Search and Rescue isn't struggling with retention or recruitment, she understands it's not the same everywhere.

The study could help with the retention of volunteers and coordinators and she explained what they hope comes out of the study.

"What we're hoping that will come out of this study is, is to show a very clear need for a few things. Number one, mental health resources for volunteers. Number two, an umbrella structure of some sort at the state level to oversee a new system that would provide better coordination across the state. Number three, some expense reimbursement for equipment and for training for teams. Number four, possibly some other benefits, such as portable workers comp across the state, maybe retirement and disability benefits," DeBattiste said.

She adds that this could help with keeping volunteers since one of the challenges that may cause burnout in some volunteers is the rising rate in calls for rescues.

"I think any kind of additional resources will help retention across the board," she said.

As of right now, the only funding backcountry search and rescue teams have are through applying for grants.

In this most recent legislative session, Senate Bill 21-249 passed, which created an optional discounted parks and public lands access pass.

Among other things, a portion of the pass fees goes towards supporting search and rescue avalanche safety efforts.

According to DeBattiste, the study being done by the Department of Natural Resources has to be completed by January.