Virgilio Urbano still has to maintain six feet social distancing in his Jefferson County pizzeria, while businesses in neighboring Douglas County do not. 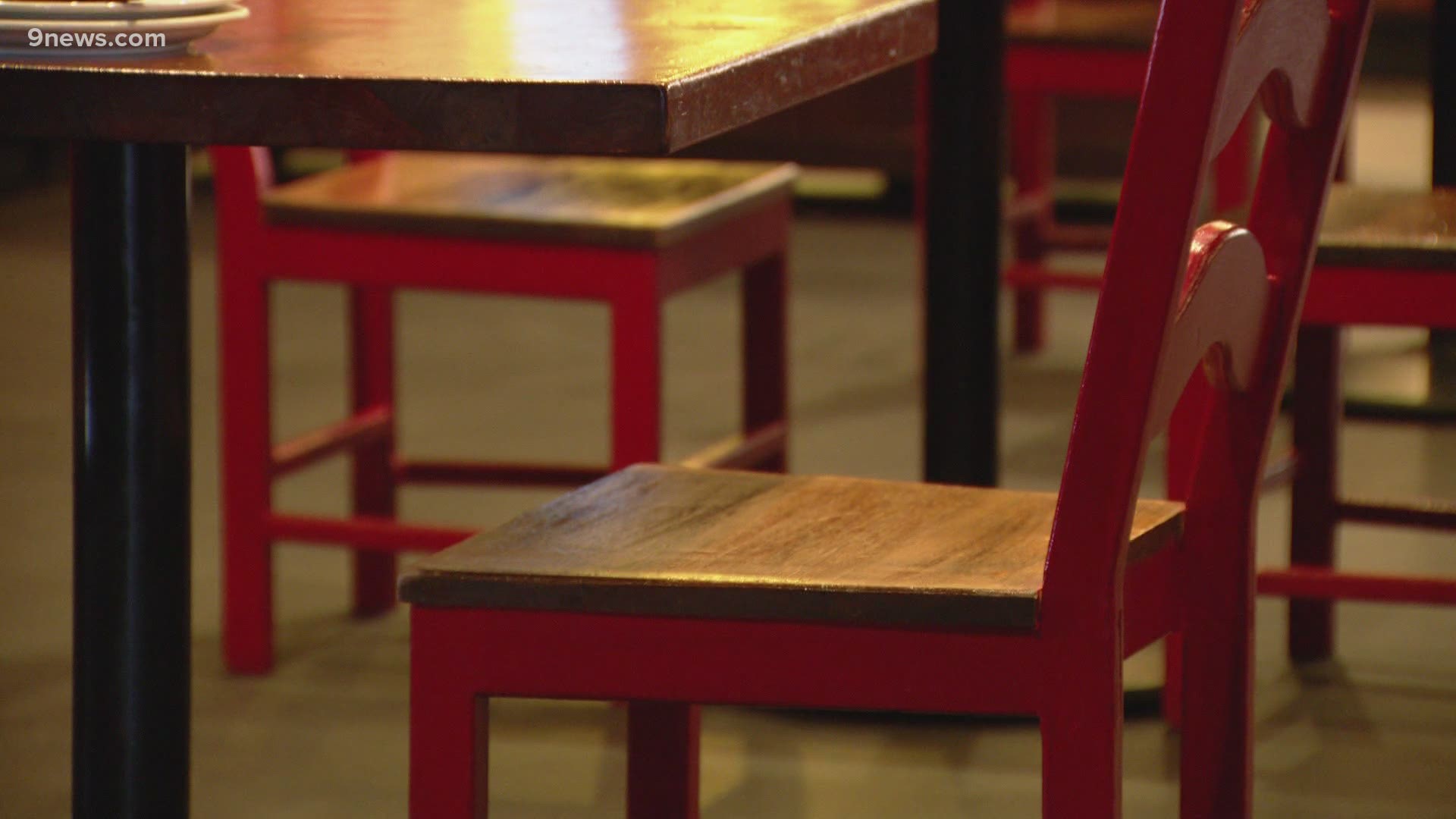 "It just doesn’t seem to make sense that the county line is the barrier for the virus," Urbano said.

When the state expired it's COVID dial system for COVID restrictions on restaurants and bars, it left each county to deal with the pandemic individually.

In Weld and Douglas counties, restaurants can operate without limits except for the statewide mask mandate indoors.

Jefferson County lifted capacity restrictions on restaurants, but still maintains the rule that all tables have to be at least six feet apart.

"I'm all for supporting what we need to do to make it go away. I've always been that way," Urbano said. "But, you can't make me do it and not the guy down the road do it. That's been my beef from the beginning."

He said the structure of his space doesn't allow him to really expand his current capacity of 90. Before the pandemic, Urbano said he could fit 250 people at a time.

"Some restaurants really like us, we really get hit hard by the six feet because we can't arrange anything different," Urbano said. "Even though, they say we're 100%, I haven't gained a single seat."

He said that customers are often confused with the conflicting rules across the imaginary lines of county borders.

"Everybody thinks that we're (fully) open, but then they go down the road to Douglas County and it's wide open," Urbano said.

Urbano said he needs to be back at 100% capacity.

"At one point, we were one week from shutting down, but got our (Paycheck Protection Program) money in time. We were that close to being out of business after 15 years," Urbano said.

He'd like 15 more years. Urbano said he'd also like rules – or lack thereof – that are the same across county lines.

"At some point, somebody has to have common sense," Urbano said. "Either we have all the same rules or we don't. You can't say four miles down the road, there's no virus."

Jefferson County is like many counties across the state rolling back restrictions more slowly than Weld and Douglas counties.

RELATED: Some restaurants can open with no restrictions except masks

Jefferson County Public Health stated that in about 30 days it will lift all restrictions unless COVID cases increase dramatically.

"Don't let one county survive and prosper and another county die," Urbano said.