Gov. Polis announced last week that he asked CDPHE to move counties in the red level to the orange level, opening indoor dining at 25% capacity. 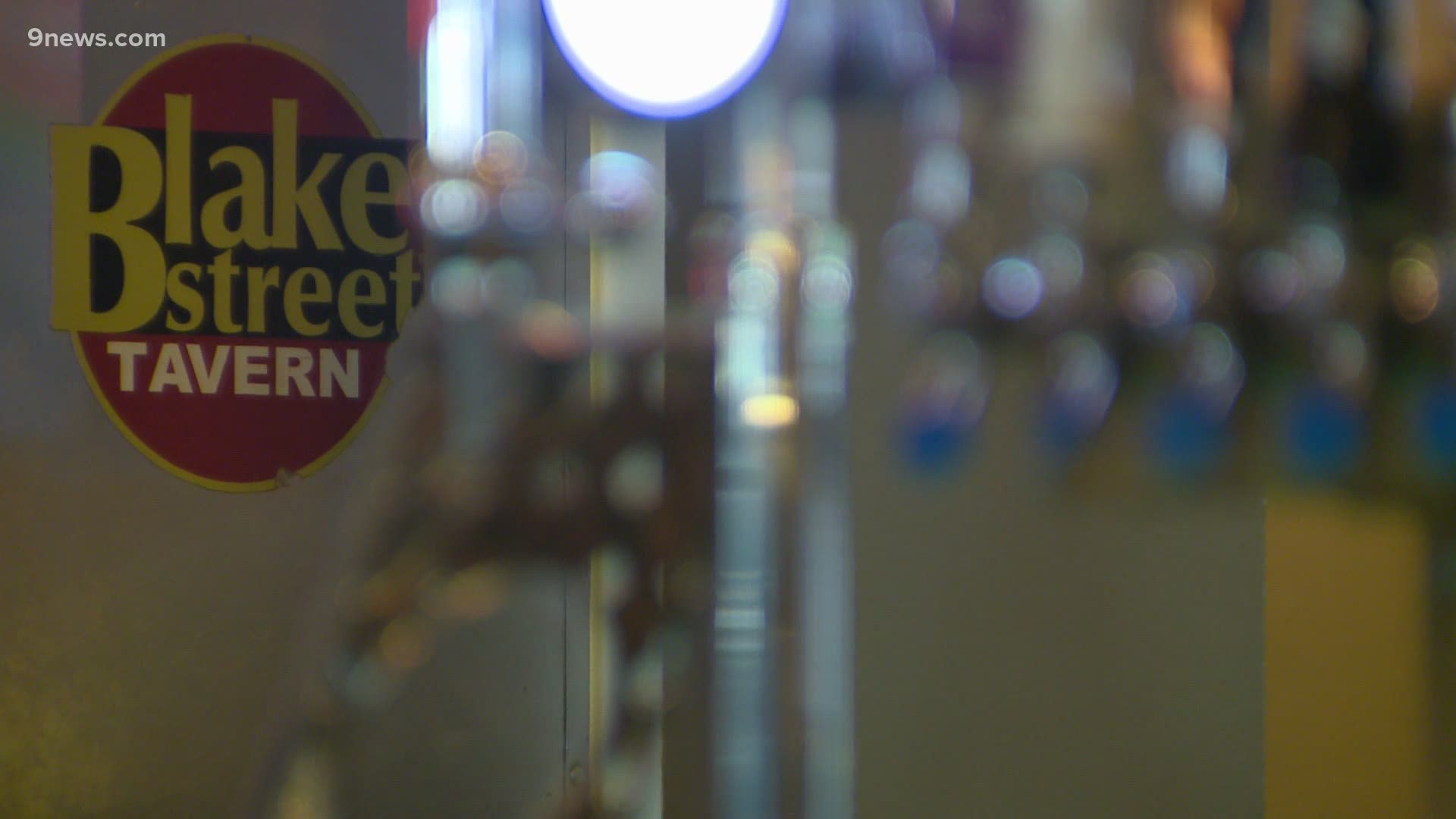 DENVER — Counties around the state plan to loosen up COVID-19 restrictions on Monday, leaving restaurants scrambling yet again to change the way they operate.

Gov. Jared Polis (D) asked that counties in the red level be moved to the orange level, citing a decline in cases. That would allow restaurants to open indoor dining to 25%.

"Just a rollercoaster. A lot more lows than high. It’s just been crazy just trying to survive," said Chris Fuselier, owner of Blake Street Tavern in Denver. "No one is going to want to sit in a tent when we have indoor dining now."

It’s been a year of adaptation for Blake Street Tavern in Denver.

Fuselier says he’s invested more than $30,000 in an effort to keep customers walking through his doors and taking a seat under his outdoor dining tent. It worked, until the weather got cold. The state also made changes to its outdoor tent policy.

Fuselier was preparing to shut his doors. Now he’s racing to prepare to open indoor dining at 25% capacity on Monday. He’s closing down the tent and moving customers inside. While he's excited to have customers back eating inside and he welcomes the announcement, it’s yet another change he’s forced to contend with.

"We made the decision to close and then we get this bombshell announcement that came out of nowhere from the governor that said that we can be moved up to level orange," said Fuselier. "The goalposts keep changing, it’s extremely frustrating, it’s confusing to us, it’s confusing to our customers."

Blake Street Tavern hopes to hire back some more employees once indoor dining reopens next week. They're working now to train staff and make the necessary changes to open up their dining room. 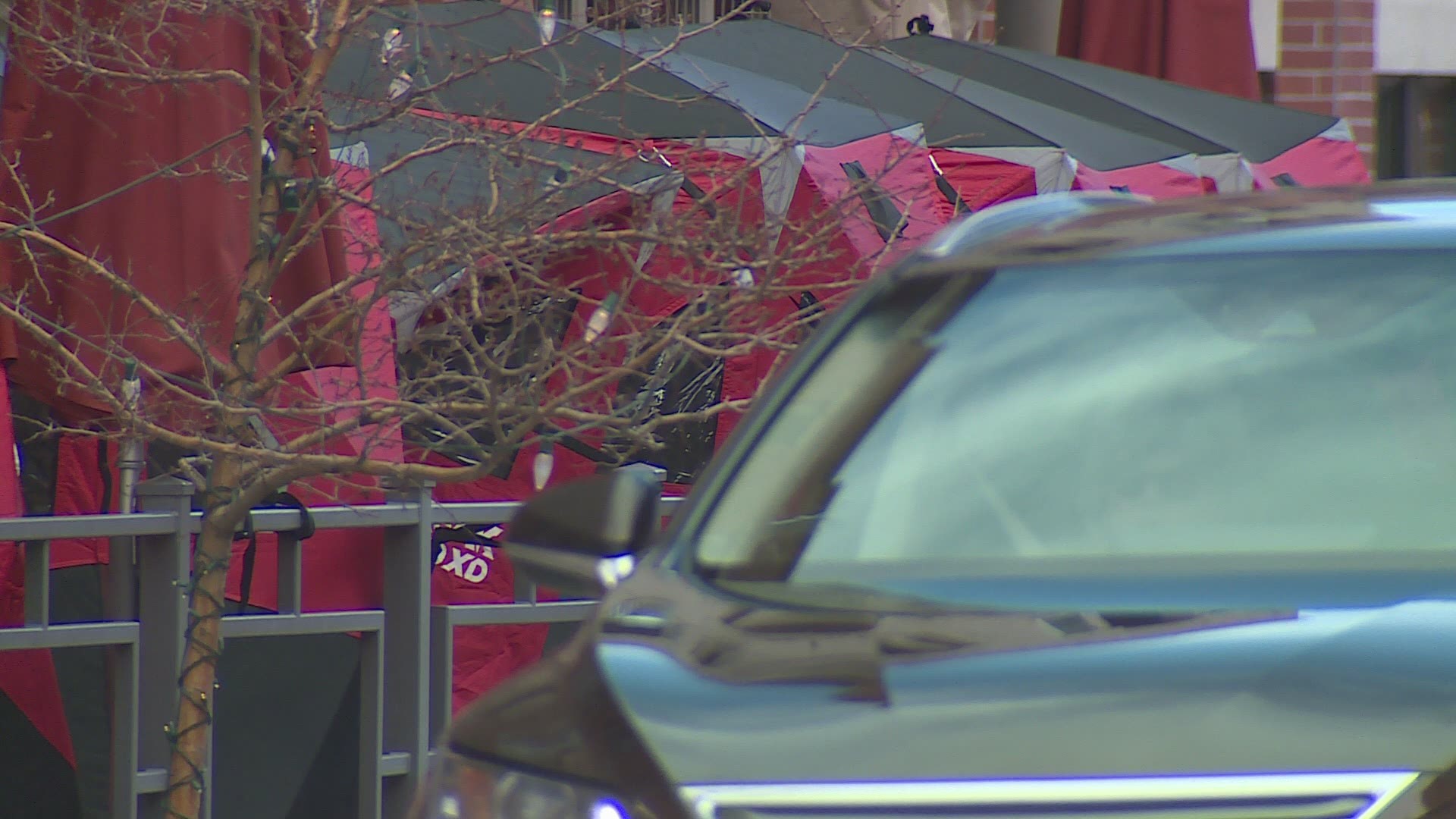 At West Main Taproom in Parker, the parking lot now looks like a village of ice fishing tents. The restaurant bought 50 tents to give customers a warm place to eat outside.

Owner Pam Briere has spent $25,000 on outdoor dining equipment and the customers are coming. She says the restaurant is bringing in more money than when customers were eating outdoors in the summer.

Her restaurant was approved for the 5 Star Program in Douglas County on Dec. 23. She hasn’t been able to open up indoor dining because of all the changes she’s had to make so that outdoor dining was profitable.

"It has been crazy keeping up with everything," said Briere. "We literally turned the inside of my dining room outside. So my beautiful dining room looks like a construction zone."

While Douglas County began approving business for the 5 Star program in December, she says it's confusing with the constant changes the state is making.

West Main Taproom hopes to get its dining room back open next Thursday, but promises to keep the ice fishing tents up all winter. They may even bring them back every year even once the pandemic is over.

One thing is for sure: any customers walking through the door is a welcome sight. Restaurants hope that doesn’t change.

RELATED: Some counties in Red on COVID-19 dial to move to Orange