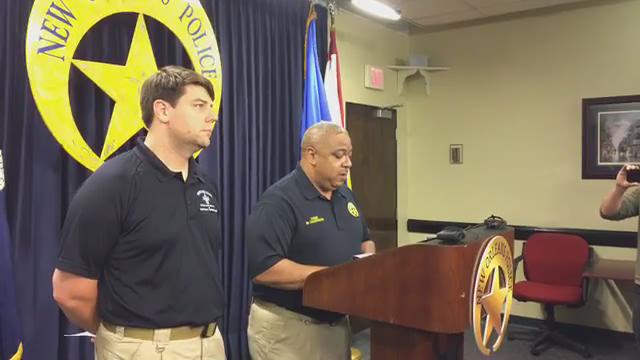 NEW ORLEANS – The NOPD plans to close several streets and shut down the streetcar line due to planned demonstrations for and against the three remaining Confederate monuments Sunday.

The event is being treated as a homeland security issue, according to Aaron Miller, the Director of Homeland Security and Emergency Preparedness.

“Our law enforcement intelligence partners have what we believe to be serious and credible threats of violence planned around scheduled protests tomorrow.”

In addition, Superintendent Michael Harrison said that guns would not be allowed at the planned demonstration, per the law. He also said that separate spaces would be set up for each side to protest peacefully.

“Our officers will be out and we will respond accordingly to protect public safety and to enforce the law. We certainly respect everyone’s right to assemble and to protest peacefully and we will do everything within our power to keep everyone safe,” he said at a Saturday night press conference.

Harrison said that starting at 11 a.m., the St. Charles streetcar line would not run until after the demonstrations have cleared.

In addition, roads around Lee Circle would close, those include: Calliope at Carondelet, St. Charles and Calliope, Howard and Carondelet and St. Joseph and St. Charles.

Take Em Down Nola is planning a march from Congo Square to Lee Circle on Sunday around 1:30. A counter-demonstration is planned as well.