The 9NEWS Sports team tested the taste buds of 20 fans at a tailgate to see which of the local brews would take home the first trophy of the Rocky Mountain Showdown. 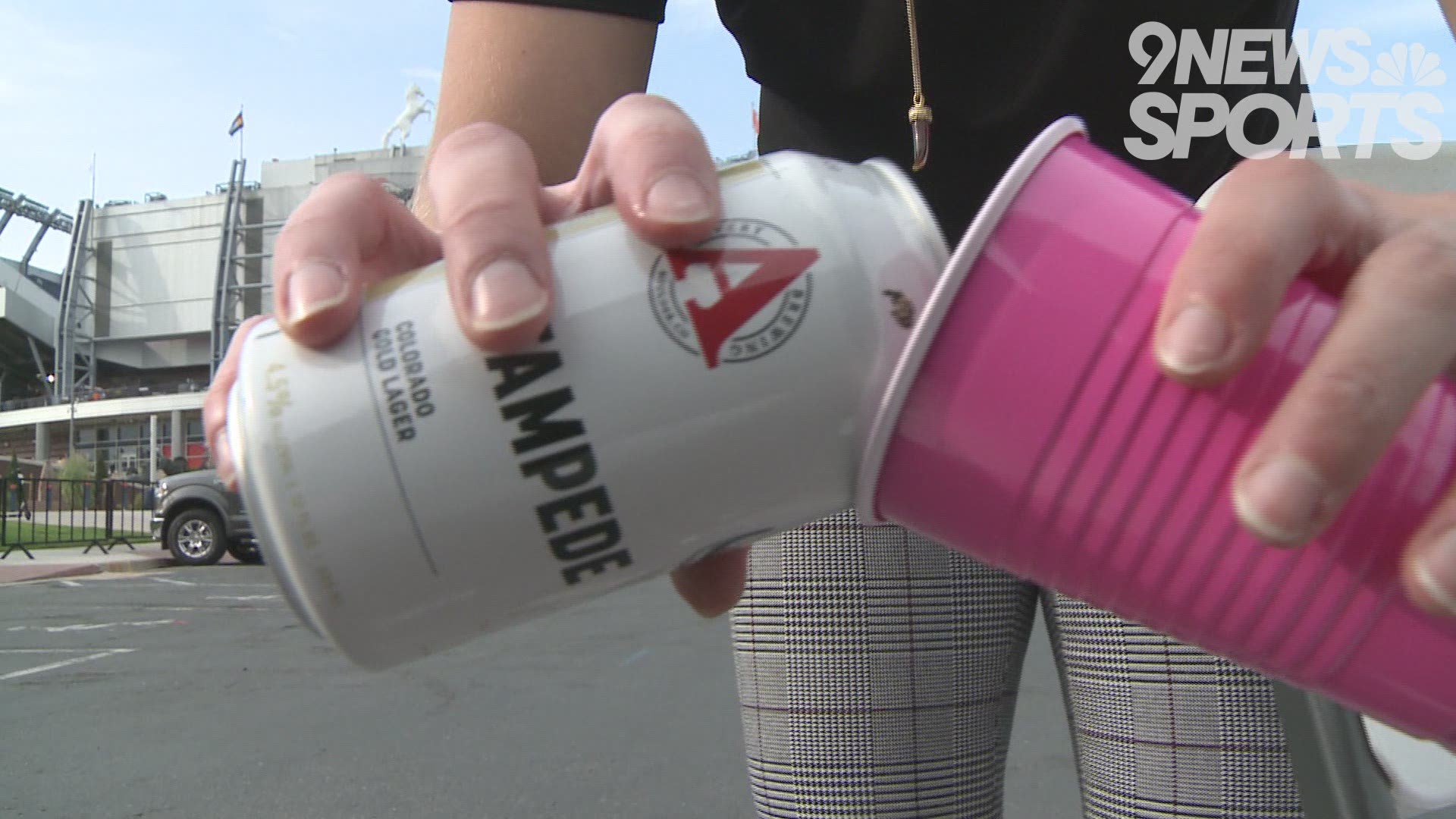 DENVER, Colorado — Colorado State fans will hope the score of Friday night's game will not be as lopsided as their Thursday night beer showdown.

The 9NEWS Sports team tested the taste buds of 20 fans at a tailgate to see which local beer reigned supreme. In a blind taste test, CU's branded beer "Stampede" trampled over "Old Aggie" 15-5.

The Colorado State teamed up with Avery Brewing this month to launch Stampede, its golden lager.

Old Aggie has had a couple of years on the tailgate scene. The superior lager is a collaboration with Colorado State and New Belgium, created in 2017.

The two beers are nearly identical in color, taste, and drinkability.

Editor's Note: The two beers were so similar, it took two tastes for me to even decipher the difference. I ultimately chose Old Aggie because of the hoppier finish. Many fans chose against the New Belgium product due to that fact.