The arrest has drawn sharp condemnation after it was caught on video last week. 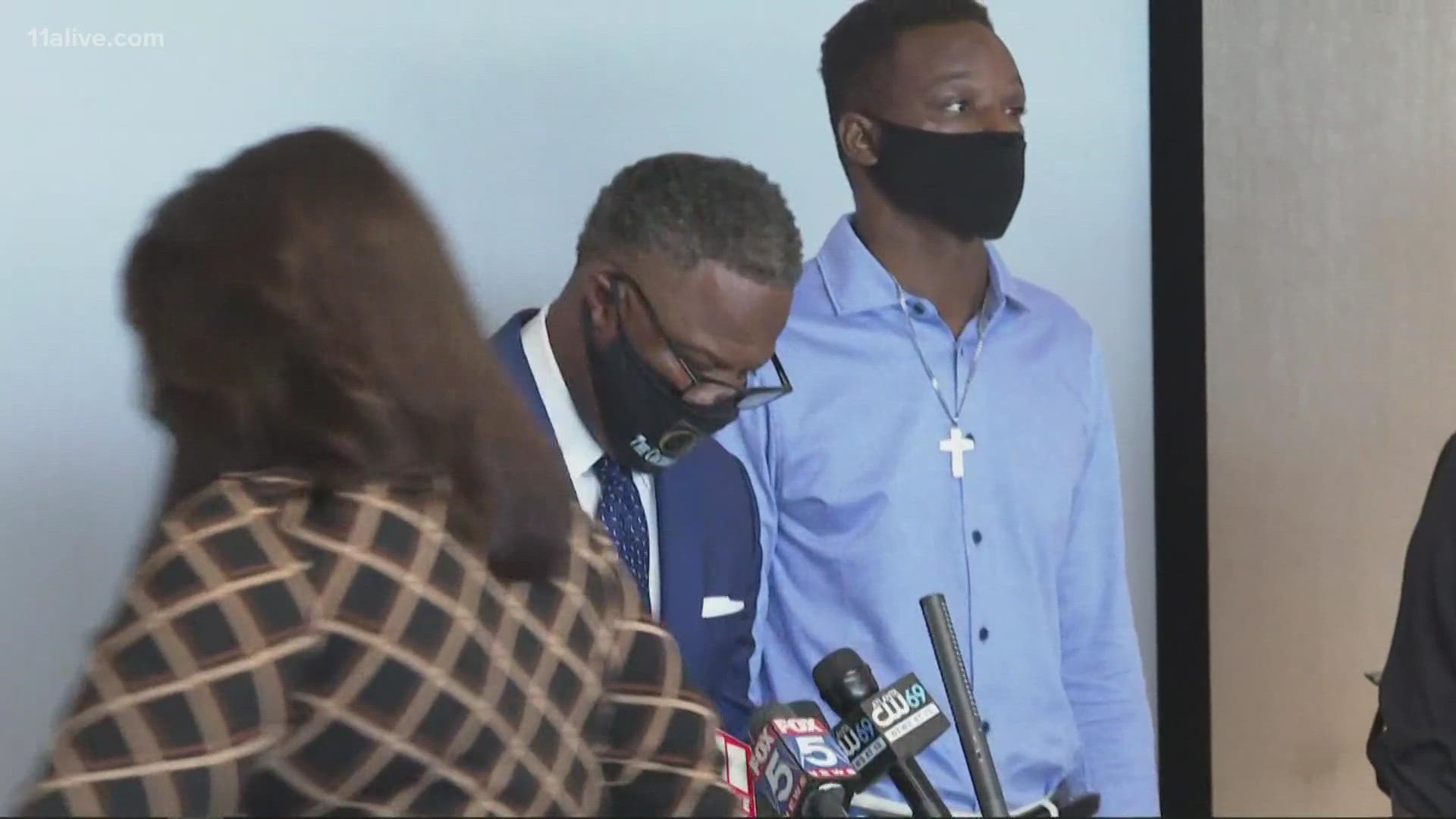 CLAYTON COUNTY, Ga. — Roderick Walker, the man who was beaten during an arrest by Clayton County deputies last week, made his first public appearance Friday since being released from jail the night before.

His lawyers outlined the considerable trauma they say has resulted from the arrest and pushed back against the narrative of an incident report released by the sheriff's office yesterday, which detailed some of the ways in which Walker allegedly resisted arrest.

His attorneys said he was "literally fighting for his life."

The arrest was caught on video and drew sharp condemnation, resulting in the firing of one of the deputies, Brandon Myers. It showed that deputy hitting Walker multiple times around his midsection and on his head while another deputy, identified as Dekota Riddick, pinned him down and kept him in a hold around his neck.

On Friday, he said, "I was scared, and I feared for my life."

One of the attorneys with The Cochran Firm outlined the exact extent of his injuries in the arrest, which happened after a car he was a passenger in was pulled over for a traffic stop because of a broken taillight.

That attorney, Jane Lamberti, said Walker is now dealing with numerous physiological and neurological issues. She said they included a mild traumatic brain injury, cognitive problems, dizziness, headaches, blurred vision, and double vision in one of his eyes, and other issues. The lawyer said his physical rehabilitation would require multiple specialists.

Another attorney with the firm, Shean Williams, disputed the narrative provided by Deputy Riddick in the official incident report, which 11Alive obtained yesterday.

That report alleged Walker took flight as he was being handcuffed for not producing an ID when asked, which the deputy wrote he requested because Walker allegedly was not wearing a seat belt.

He said the resistance described in the report was Walker "fighting for his life" and made the comparison of the circumstances to those of George Floyd.

"You are fighting for your life like you're drowning, that's what you saw in that video. He wasn't attacking them or beating them, he's trying to survive," Williams said.

"We believe this is another example of an attempt to deflect and cover up what we saw in that video, and they're using an incident report now to do it," he added. "He was arrested because there's a tactic in Clayton County - using traffic stops and roadblocks, using the old concept of traffic stops, to ultimately violate people's constitutional rights."

Walker was released Thursday evening from Fulton County Jail on bond. He'd earlier been released from Clayton County Jail but was transferred to Fulton on alleged probation violation charges, including allegedly possessing a firearm by a convicted felon and first-degree cruelty to children.

He continues to face felony obstruction and battery charges in the Clayton County incident, as well as the Fulton County probation violation charges. His attorneys are working to get them dropped.