RTD now says it will take up the issue again next week just a day after voting against a proposal to build the museum on land it leases. 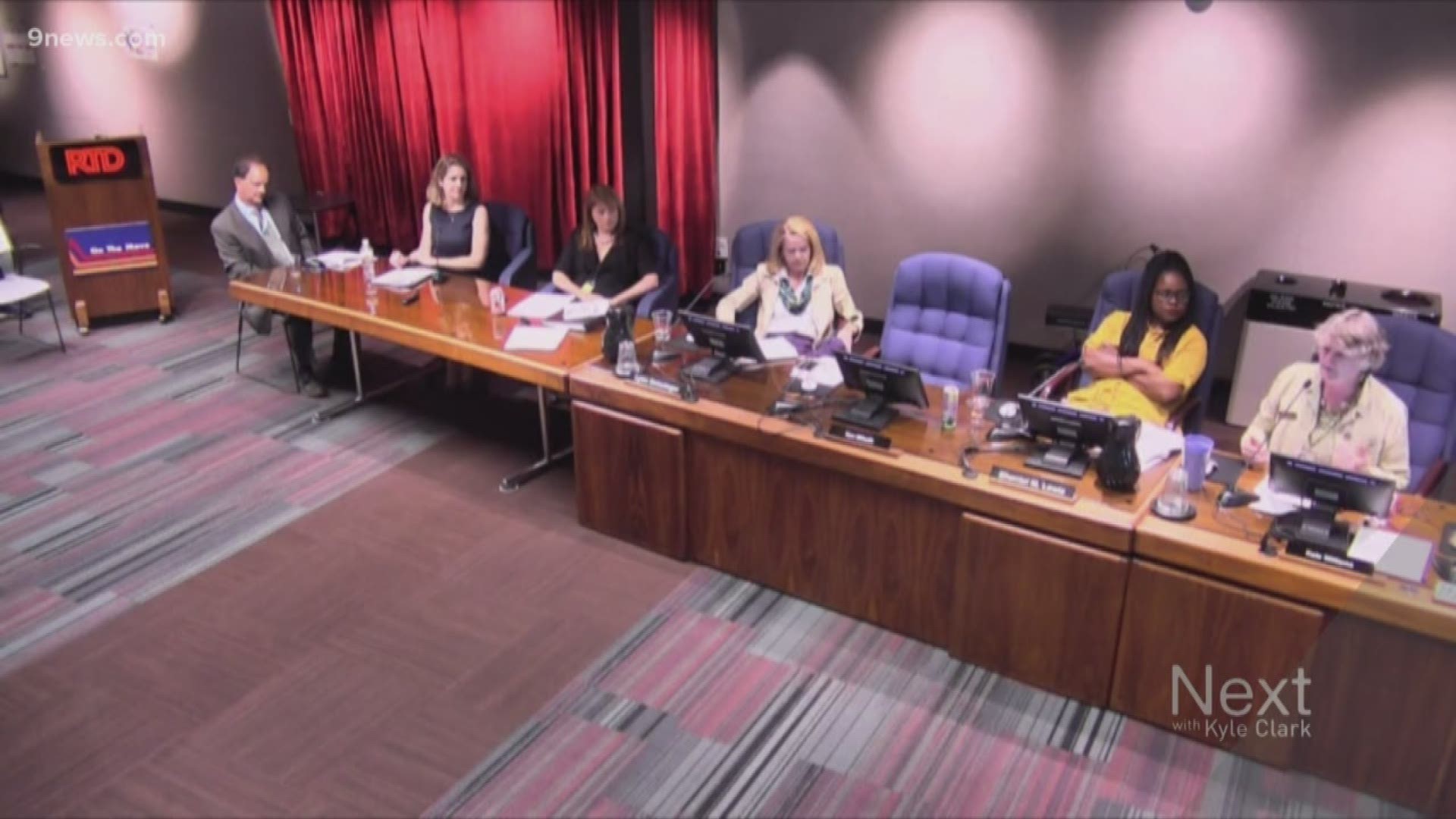 DENVER — The Regional Transportation District (RTD) board of directors will take another look at a proposal to build a park for a National Medal of Honor Museum on property it currently leases, after initially rejecting the idea.

"We recognize that the museum locating in Denver poses a unique opportunity, which is why the board will spend the next few days reviewing additional information before taking the matter back up for consideration,” said Board Chair Doug Tisdale.

That announcement comes less than 24 hours after a board committee voted 7-7 against using the land for the museum on Tuesday night. Eight votes were needed to move the proposal forward.

Denver was named one of two finalists to become home to the museum in June, after a national search that began in 2018. Arlington, Texas, is the other option.

According to the Congressional Medal of Honor Society, 3,507 people have been awarded the Medal of Honor, the most recent being Staff Seargent David G. Bellavia from New York. Bellavia received the medal in June because:

"On November 10, 2004, while serving as squad leader in support of Operation Phantom Fury in Fallujah, Iraq. While clearing a house, a squad from Staff Sergeant Bellavia's platoon became trapped within a room by intense enemy fire coming from a fortified position under the stairs leading to the second floor. Recognizing the immediate severity of the situation, and with disregard for his own safety, Staff Sergeant Bellavia retrieved an automatic weapon and entered the doorway of the house to engage the insurgents."

The suggested site for the museum is property owned by the state of Colorado at Lincoln Street and Colfax Avenue.

The museum hoped to use land across Lincoln, which is owned by a family trust and leased by RTD through 2075, for a “grand, park-like” entrance.

The RTD land was once part of a redesign plan for Civic Center Station, but when RTD determined it wasn't needed, the property was set aside for potential development. Per RTD, the land has also previously been considered for art installations, a hotel development or food trucks.

The National Medal of Honor Museum offered to pay $1 a year to sublease the lot for the entrance park, but the City and County of Denver subsequently offered to pay the full cost. Under proposal considered by the board, Denver would sublease the property for the $123,000 RTD pays annually to lease the land, if city council approved the option.

Board Chairman Doug Tisdale pleaded with his colleagues to approve the sublease option in Tuesday's meeting. In an interview with Next with Kyle Clark, Tisdale said he was not necessarily surprised, but he was disappointed in the outcome.

"But each board member is entitled to their opinion, and they chose to ask questions and express some concerns, I think, most of which, have been or are in the process of being resolved," he said.

Tisdale wasn't alone in his backing of the project.

“I was fine before, even when we were just going to be getting a dollar for it because at least it brought something to the city instead of just a gravel pit," board member Jeff Walker said.

Tisdale noted the issues included complying with Denver's green roof rules, figuring out how visitors would cross Lincoln Street, and whether the development relates to a transit purpose.

"Becoming a landlord does not advance the mission of RTD," board member Vince Buzek said in the meeting. “There’s no relationship to our mission here, and this shuts the door on any future possible use for this property by RTD, such as... a consolidated RTD headquarters."

“The board members who voted against it had several concerns, namely that it prevents us from doing anything else with the property if the opportunity presents itself," Huff said. "Others felt it is a prime piece of property that is worth much more than the $123,000/year that RTD would get through a sublease."

Board member Kate Williams expressed that she isn't sure about the need for such a museum and that she doesn't feel it makes sense to sublease land in the heart of Denver for that price for 55 years.

"If the city and county of Denver really was our partner, then why don’t they partner with us to do a park? Because there’s a lot of green space around there and when I go there now, I think, one more park, we’ll have one more group of homeless people on it, which is what [Civic Center] Park looks like now adjacent to the library. I don’t think it’s going to be a beautiful entrance to their museum if it looks like what most of the green space looks like around there now.”

Williams, too, wondered how people would get from the park to the museum.

As it stands, Tuesday’s vote makes it more likely the museum will go to Arlington, since the NMOHM deemed the entrance proposal as “essential” to the project, an agenda from RTD said.

A spokesperson for the city of Arlington said Wednesday that they were focused on their own presentation and bid for the museum and not the competition.

There is a chance, though, that RTD's answer will change.

Tisdale told Next that a group of directors submitted a new action item to come before the board at next Tuesday's meeting.

"[It] is an opportunity for the board to have additional information provided, which is being provided now, even as we speak, so that the issue can be brought afresh before the full board on Tuesday night and have a consideration of that new proposed action," he said.

The board will review additional information about the proposed use of the property, including economic benefits that the museum would provide to the city and state, RTD said in a statement Wednesday afternoon.

Through the RTD board’s bylaws, an item can be brought before the full board if three or more board members make such a request. In this case, six members made that request, according to RTD.

In a statement Wednesday, Gov. Jared Polis said he's still hoping the museum will be built in Denver:

"Colorado is an exciting destination. We have so much to offer. From our outdoor activities to our cultural and arts scene. We have a rich military history. It would be an honor to have the Medal of Honor Museum in our capital complex and we are working to make that a reality. I look forward to continuing to work with RTD and others to ensure that our bid is successful."

Although they are not one of the finalist cities, the City of Pueblo also sent a statement saying they would be "honored" to have the museum:

"Pueblo would be honored to host the Medal of Honor Museum. As the home of heroes, Pueblo has a veterans bridge over our Riverwalk, a walk of valor, and Center for American Values where photographs of the medal of honor winners are displayed.

We have hosted two medal of honor conventions and given that four citizens of Pueblo have been the recipient of the medal of honor there would be no more appropriate place to host the museum that in Pueblo Colorado."

There are several Medal of Honor recipients with Colorado connections.

Pueblo is often called "Home of Heros" for the four Medal of Honor recipients who called that city home. A memorial in Pueblo honors their service, as well as the other recipients: 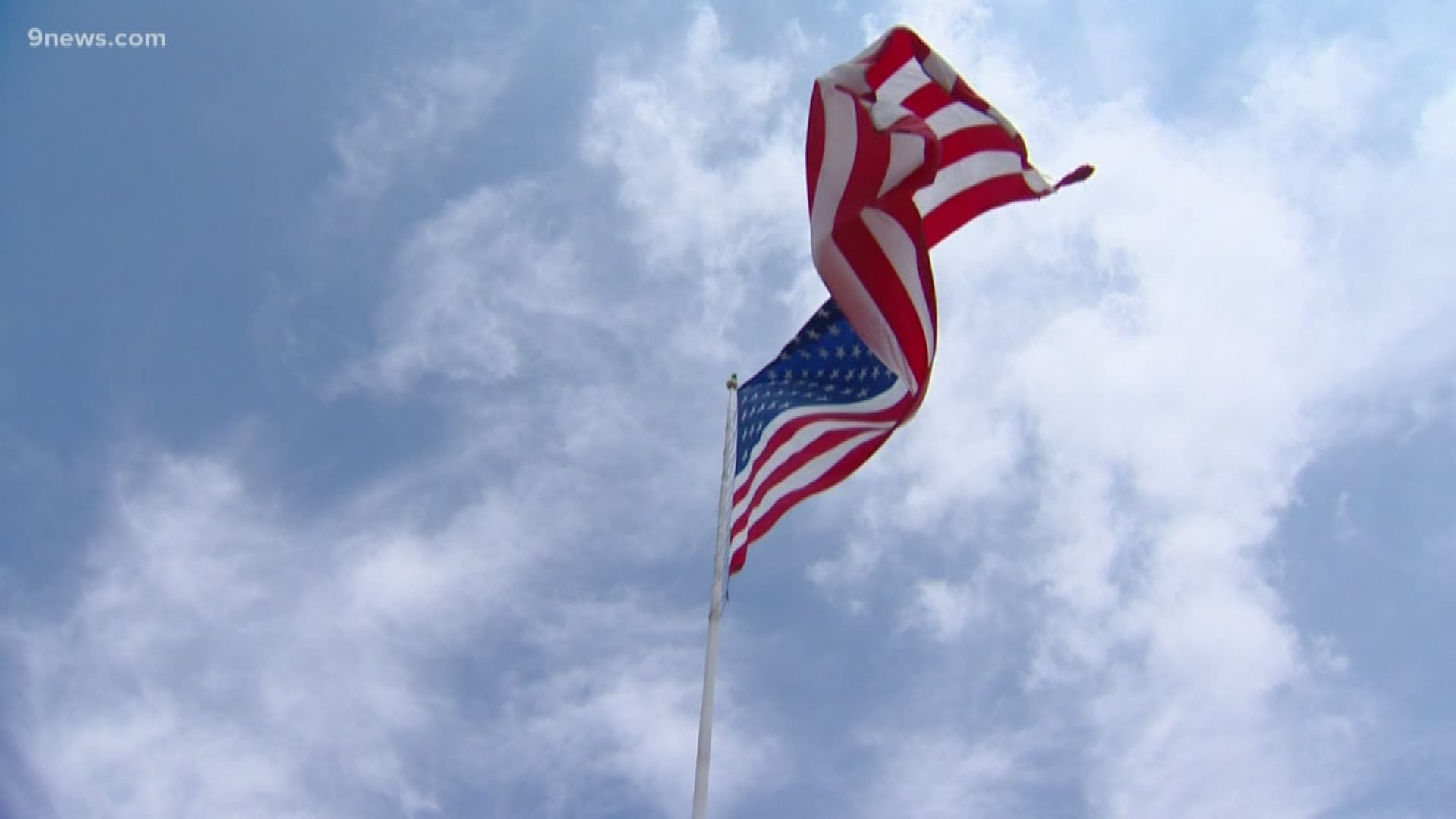 Army Private Joe P. Martinez died during his service in WWII. The Colorado native has been honored in various places around the state and even had a ship named after him.

Army Corporal Joe Baldonado was a migrant worker born in Colorado and died serving in Korea. He was awarded the Medal of Honor after the Pentagon reviewed war records of minority servicemen and their acts of heroism.