The money would have been reallocated to invest in social workers, medical professionals and homeless outreach workers. 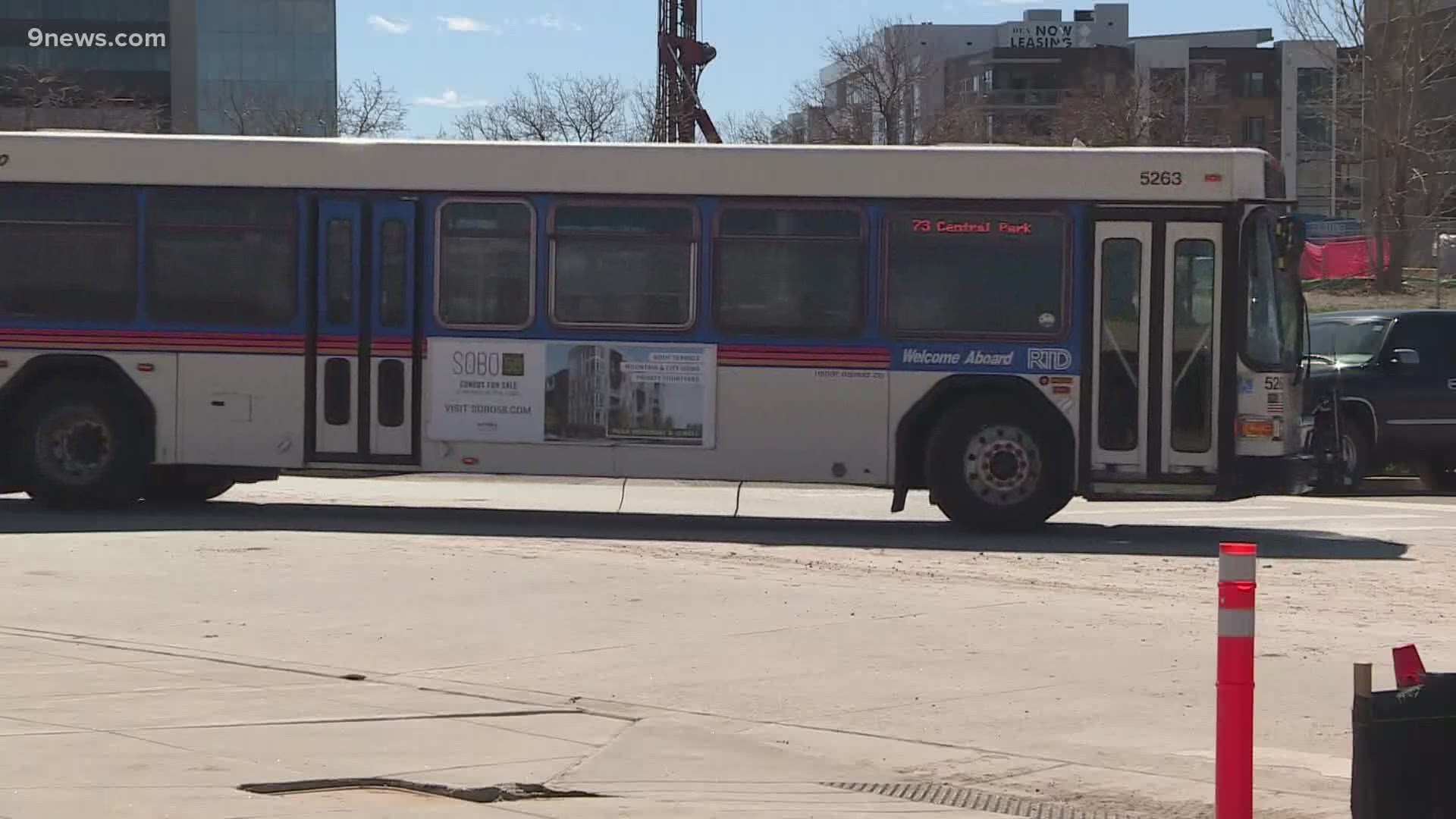 DENVER — The Regional Transportation District (RTD) board voted down a resolution Tuesday evening that would cut money for private security and instead invest it in social workers, medical professionals and outreach workers.

The vote ultimately failed, with 14 of the 15 board members voting against it.

The one vote in favor was from board member Shontel Lewis, who introduced the resolution.

Lewis' resolution said it would end the transit agency's contract with the private security company that provides guards on trains and buses, stating it would, "reallocate the funds previously used towards accomplishing the objectives set forth in this resolution, such as requiring the use of crisis intervention teams trained to respond to mental, behavioral and social challenges."

Lewis said she pitched it as a way to re-imagine security so that all people feel safe and can get the help they need.

"Safety for one demographic of folks does not equate to safety for another," Lewis told 9NEWS. "Many of my constituents have shared with me that when they see someone with a gun, a badge and a taser, it actually doesn’t make them feel safe."

The president of the union that represents 1,800 RTD employees said taking guards off trains and buses would have put operators and drivers at risk. The Amalgamated Transit Union (ATU) 1001 opposed the resolution.

"We’re a transportation agency. We’re not in the business of providing mental health or social services," said Lance Longenbohn, the president of the ATU 1001. "Without the Allied Security officers, there’s no one to support our folks that are out there in the field."

Some board members made it clear in the meeting they would support some sort of task force to look into the role of security guards at RTD. It’s unclear at this time if that will happen.