Safe2Tell received the most reports the week following the Parkland, Florida shooting. Officials say it's because kids are more vigilant and more willing to speak out. 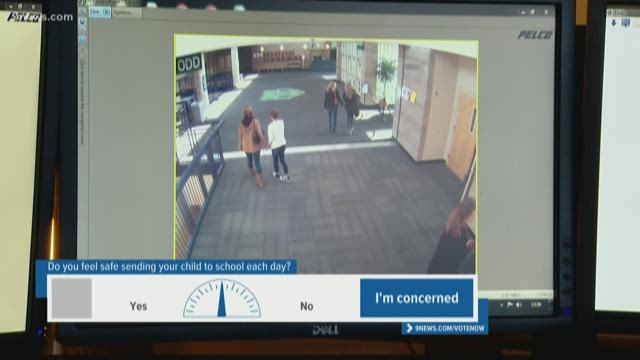 Make a report, make a difference.

That's the slogan for Safe2Tell Colorado - a violence prevention program that allows students, teachers or community members to anonymously report safety concerns. Recently, its seen a spike in reports.

Dougco schools is the third largest district in the state.

"I think if something slips by our fingers it will definitely have an impact down the line," Monaghan continued.

Part of her job is to monitor Safe2Tell Colorado.

Recently, Safe2Tell Colorado has seen an 85 percent increase in reports since last school year. That's almost double the reports from a year earlier.

"If their gut tells them it's a threat or if what he says wasn't direct but in their mind; if it jeopardizes their safety or someone else's, they're speaking up and that is what we want," said Suan Payne, the executive director of Safe2Tell Colorado.

She said the stigma surrounding snitching on your classmate is changing from one of spite and dislike, to a more respected action.

"Students are more vigilant than ever. When they are thinking in their mind, 'I know of this situation at school or this kid has made a threat,' they are speaking up at an unprecedented rate," Payne said. "We've seen that in the last seven days with the highest numbers in history."

The week following the Parkland, Florida shooting saw the most reports ever with 689. The reports range from animal cruelty to a planned school attack.

"We've saved lives and prevented tragedies and it's been an amazing thing but it comes back to the fact that the heroes out there are the young people who had the courage to speak up," Payne said. "You never know what's that going to lead to."

Because when it comes to your children, no threat is too small to report.

"Every threat is handled," Monaghan said. "Doesn't matter what it is."

Safe2Tell Colorado has a 24-hour police system. No matter the time of day someone will receive the tip.