The State Appropriations Committee voted 7-2 on Friday to place a statue of a grieving American Indian mother on the west steps. 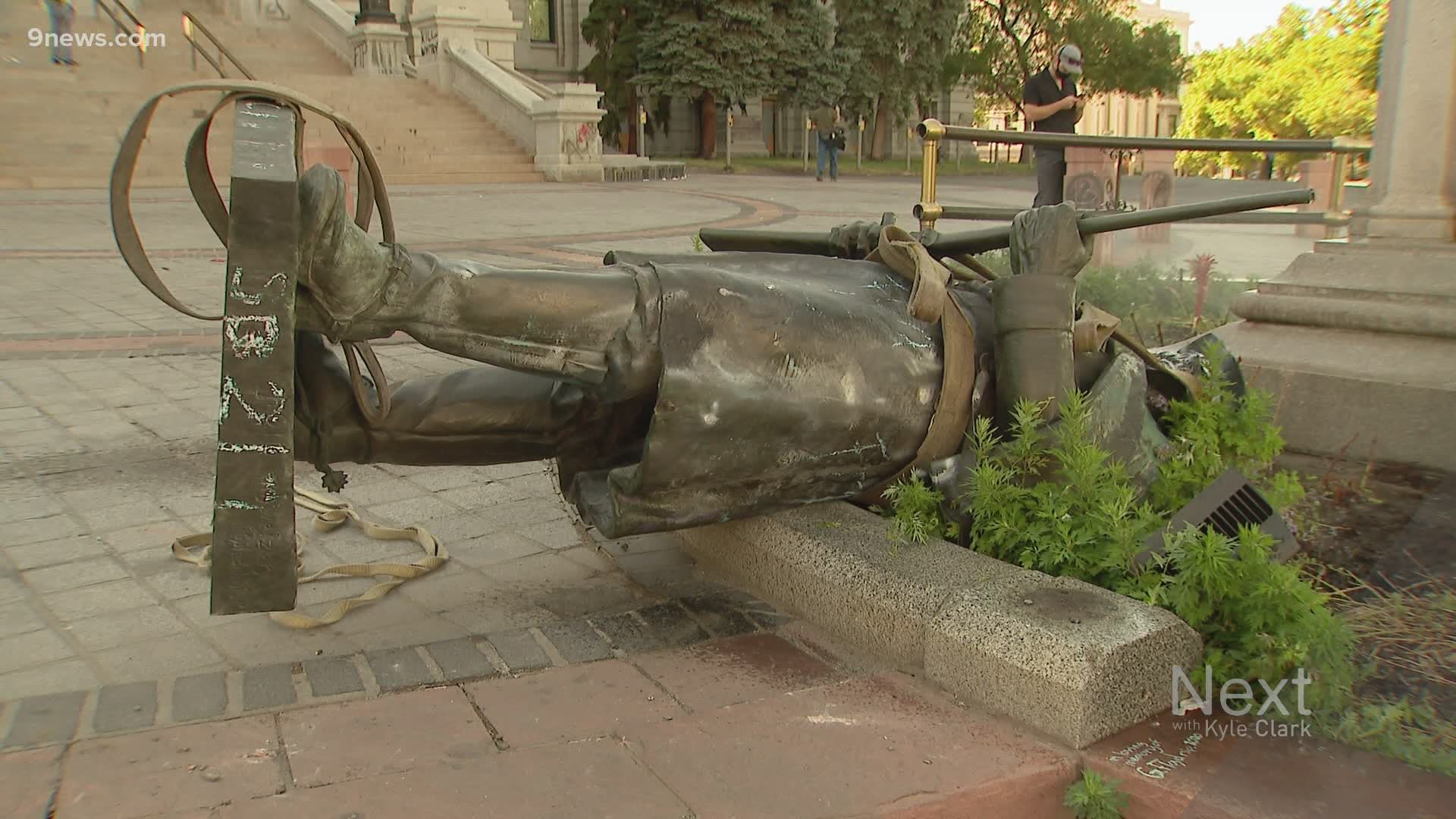 DENVER — After years of back and forth, the statue of a grieving American Indian mother will have a home in a prime location on the west steps of the Colorado State Capitol.

The State Appropriations Building Committee voted 7-2 on Friday to replace the Civil War soldier statue, which was toppled this summer during the George Floyd protests, with the Sand Creek Memorial.

The Civil War soldier, still sporting graffiti and scrapes from its fall, now sits in a temporary spot in the lobby of History Colorado.

The location of the statue has been at the center of five years of negotiations. Tribal leaders wanted the memorial placed on the west steps, where the massacre could be acknowledged by tourists and Coloradans who visit. But the state would not move the Civil War soldier to accommodate their wishes.

>> Video above: History Colorado offers to take the Civil War statue that was topped at the state Capitol.

RELATED: History Colorado offers to display Civil War statue that was torn down from state Capitol