The mayor and the Austin City Council are set to observe a six-week planned recess starting on June 11. 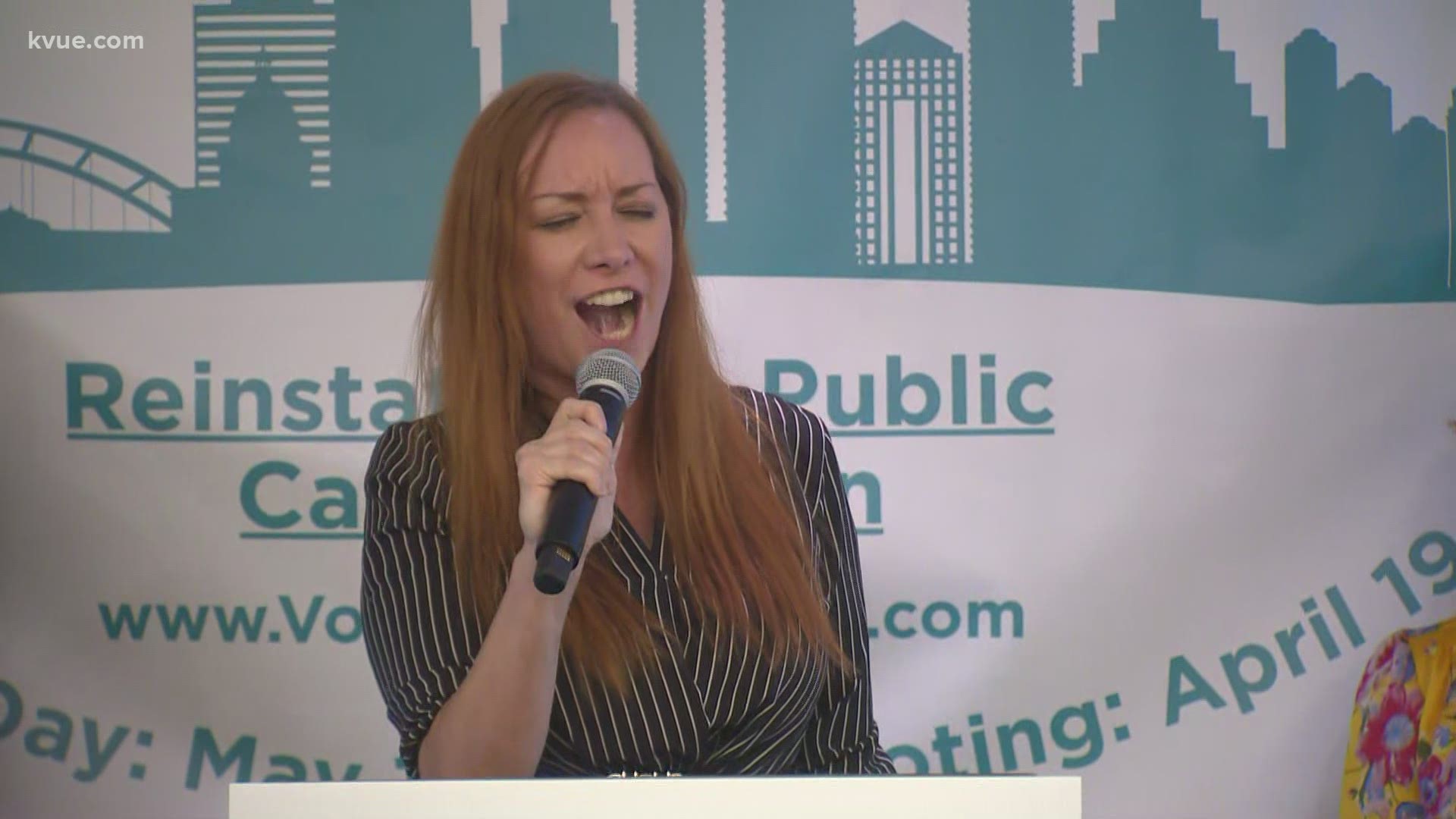 AUSTIN, Texas — Save Austin Now is calling on the mayor and the Austin City Council to "provide a real solution for the homeless community" before taking a break.

Austin's mayor and city council are set to observe a six-week planned recess starting June 11. But, Save Austin Now co-founders Matt Mackowiak and Cleo Petricek say this "vacation" should be canceled or delayed until Proposition B is fully enforced.

Prop B was passed on May 1 and reinstated the public camping ban in Austin.

Mackowiak and Petricek said that the council's break is a "delay tactic" to avoid enforcing the proposition, identifying and creating safe and regulated encampments where the homeless can go while housing is identified and constructed.

"We demand that the Mayor and Council cancel their vacation, get back to work, fully enforce the camping ban, identify workable and safe places for our homeless community to go and unify behind successful models like Haven for Hope, Community First! Village and Camp Esperanza, rather than tripling down over overpaying for motels that still aren’t housing our homeless neighbors,” said Mackowiak and Petricek.

The council is meeting Thursday night prior to the six-week recess.

For more information on how the City of Austin has said it will enforce the ban, click here.