6 children, 2 adults taken to hospital after school bus rolls over

None of the injuries are believed to be life-threatening, according to a spokesperson for 27J Schools. 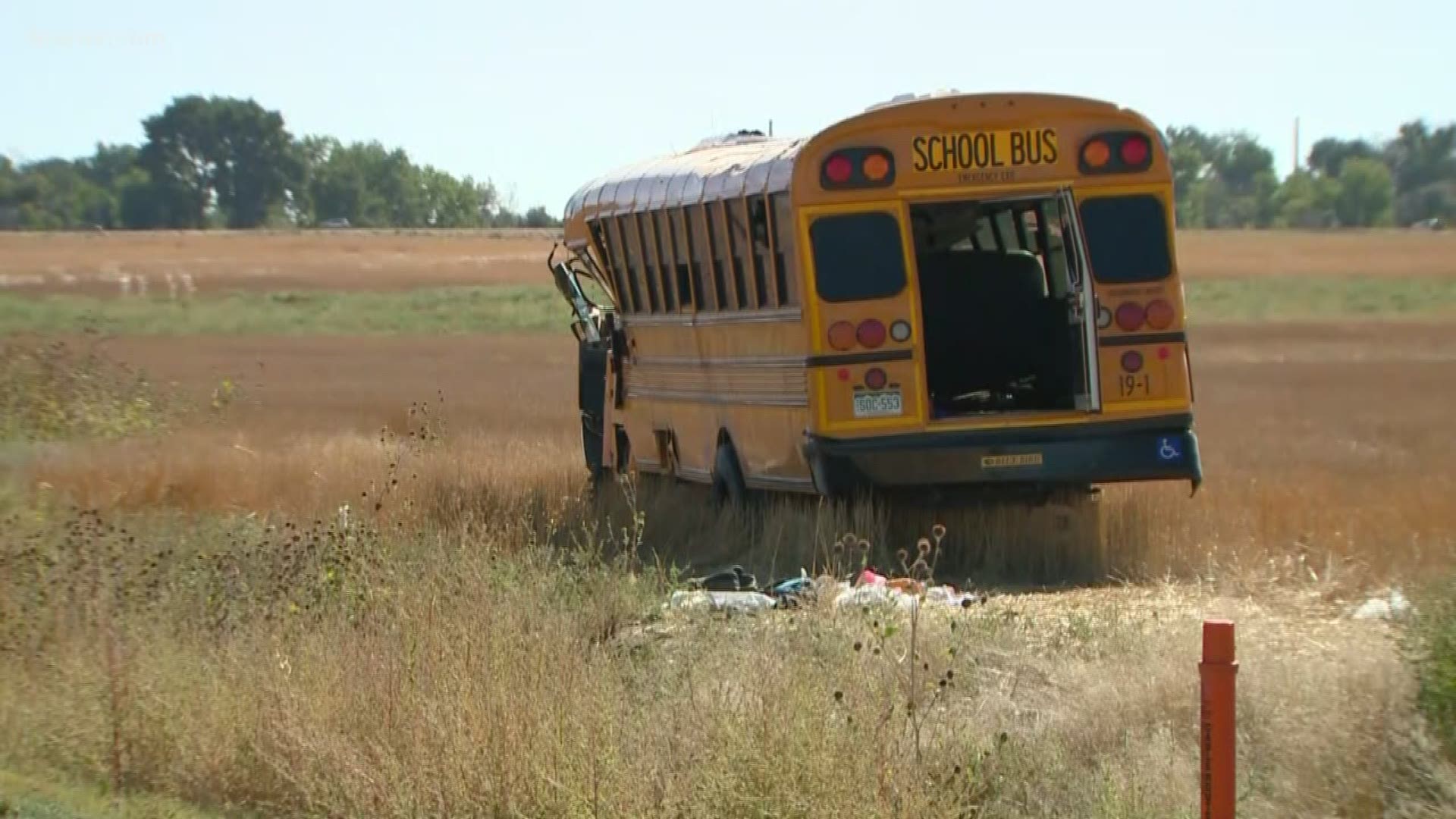 The crash happened just before 8:30 a.m. on East 136th Avenue near Buckley Road as the bus was headed west on 136th Avenue from Sable Boulevard, a spokesperson for Brighton Fire said. No other vehicles were involved.

"The bus appears to have been going westbound here on 136th, left the roadway on the right side, overcorrected and ended up on the south side of the roadway," said John Bradley, spokesperson for the Brighton Police Department (BPD).

Bradley said they believe the bus rolled at least once but came to rest upright on its wheels. 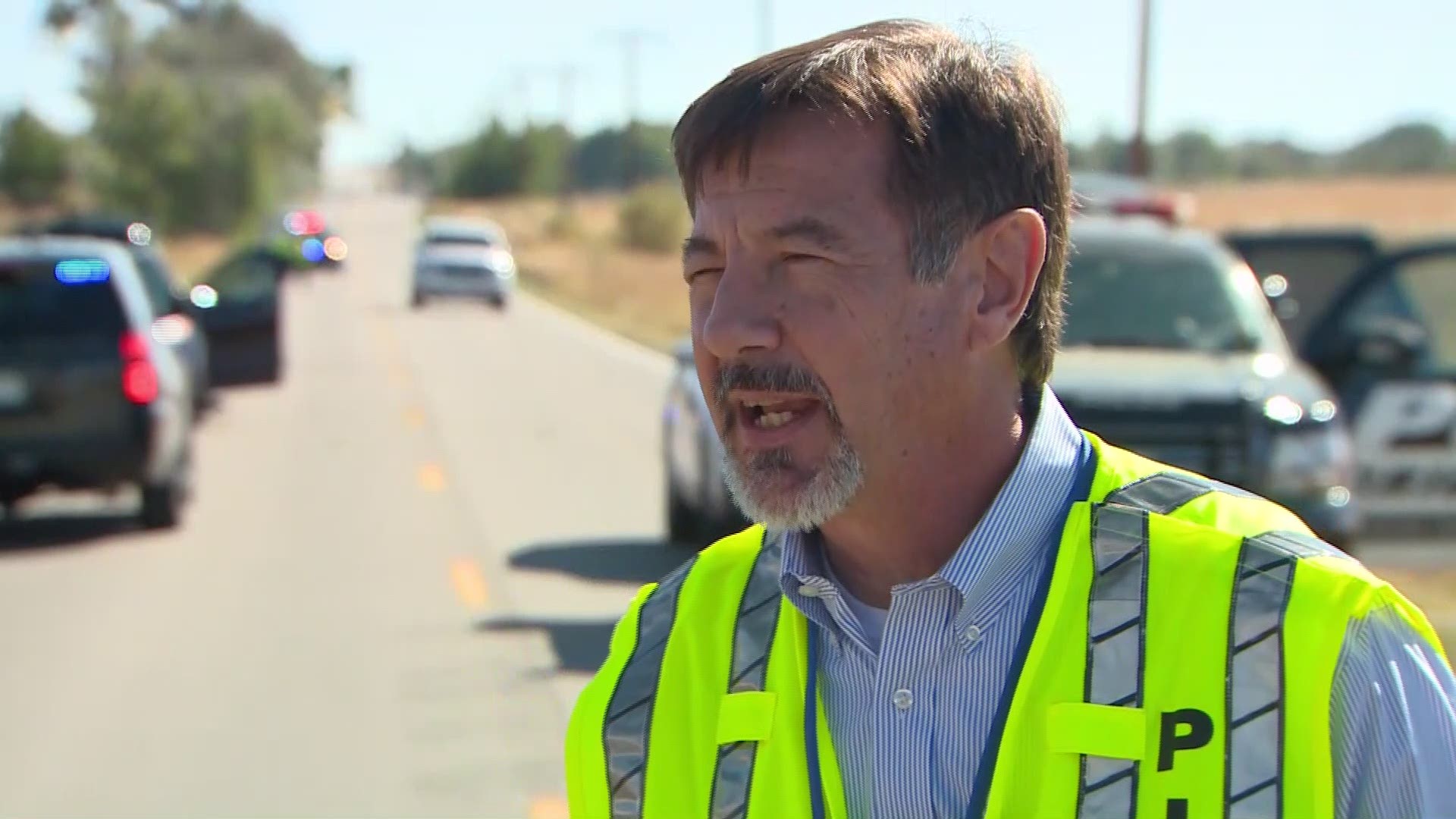 The injured children, who are all special needs students, were taken to Children's Hospital Colorado for treatment, said Tracy Rudnick, spokesperson for 27J Schools. Rudnick also said the bus was a traditional school bus without seat belts.

"All the students were able to walk off the bus themselves," Rudnick said.

A spokesperson for the hospital said all of the students are in good condition. All of them are expected to be discharged at some point Wednesday.

"So there was some very minor injuries, scrapes, bumps, bruises to potentially broken bones, we actually don't know for sure yet, but no serious injuries," said Ali Wiersa, a pediatric emergency physician at Children's Hospital Colorado.

The adults, which include the bus driver and a paraprofessional, were taken to University Hospital, Rudnick said. None of the injuries appear to be life-threatening, according to Rudnick.

The bus was headed to Prairie View High School and all of the students on board are believed to be high school age.

"It appears it was just an accident, so something might have happened while she was driving," Rudnick said. "She's been working with us for over 10 years, so she's a very experienced bus driver, as is the paraprofessional that was on the bus."

The district said it's responding to the area to ensure student safety and said the parents or guardians of the children involved were contacted directly by their school.

Rudnick said she did not believe the bus was equipped with the seatbelts.

When the crash happened, drivers passing by stopped to help the children get out of the bus.

"I seen some dust on the side of the road and then as I was driving up a school bus on the opposite side," said Brittnie Hart. "The school bus driver was a little disoriented and trying to figure out what happened. I don’t think she really understood."

Brittnie Hart was one of the first on scene. It turns out her daughter’s classmates were the ones on board. She spent her afternoon delivering toys and stuffed animals to the hospital for the children involved.

"I just wanted to let them know that I hope they’re alright and it’s going to be ok," said Hart.

The cause of the crash is under investigation, although at this time, there's no indication that drugs or alcohol were involved, according to investigators.

PHOTOS: 8 taken to hospital after school bus crash in Brighton

A 2016 9Wants To Know investigation, conducted with Rocky Mountain PBS News, found that there were an average of two bus crashes a day during the school year from 2011 to 2015.

This is developing story check back for updates.