Daniel Kevil saved his older brother's life with skills he learned in the Boy Scouts. 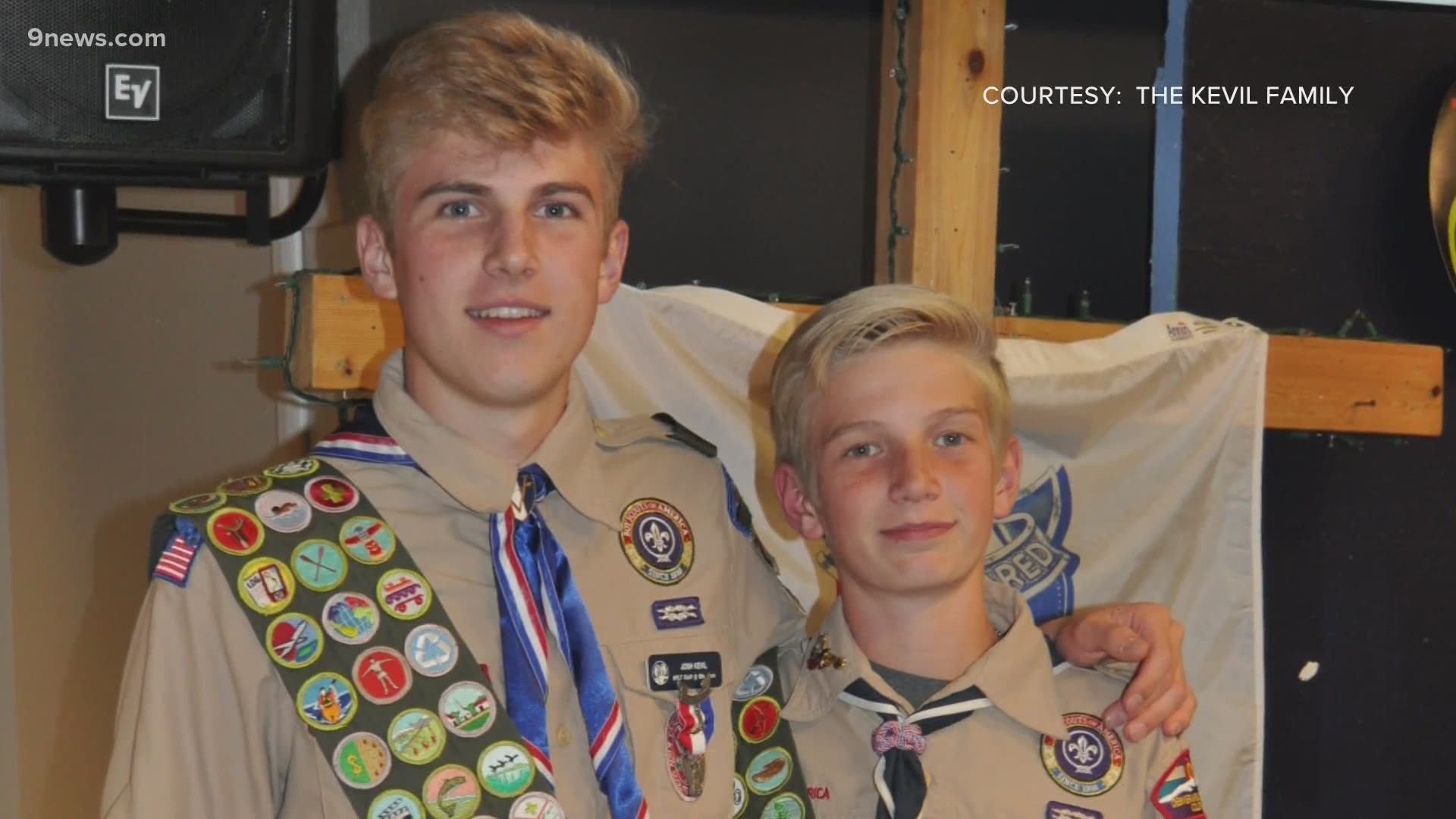 Future NFL Hall of Famer Steve Atwater was the keynote speaker and the event is the largest fundraiser for the DAC, which helps serve youth in ten counties throughout the Denver metro area and nearly 32,000 young people and volunteers.

The group teaches self-confidence and leadership skills to youths like 14-year-old Daniel Kevil who recently was awarded the Medal of Merit after he saved his older brother’s life.

“I’m always with him and in competition with him,” Daniel Kevil said. “I don’t know what it would be like to not have him here.”

Both brothers joined the Scouts when they were in elementary school.

Last year, the brothers were coming home after an eye doctor’s appointment. Josh Kevil wanted to share part of a watermelon with his younger brother so he decided to cut into the one on the counter.

“I was going to cut it in half and give Daniel the other half,” Josh Kevil said.  “(So) I made this knife razor sharp.”

That’s when Daniel Kevil heard his brother shout in pain.

“Then I hear ‘ow!'" he said. “And there’s a big puddle growing under his feet, so I get some towels.”

Daniel Kevil realized his brother had accidentally cut himself in his upper right groin while slicing a watermelon. Doctors later determined Josh Kevil had hit his femoral artery, the main supply of blood to the thigh and leg.

That’s when Daniel Kevil's scouting experience kicked in. A year before, he and Denver Area Council Troop 280 of Parker took a class called Stop the Bleed. The course was taught by one of the parents who was also a registered nurse. The class was a requirement to earn their First Aid merit badge.

“I started holding pressure and so I just put my full body weight on because that’s all I could give,” Daniel Kevil said.

It’s a skill his brother is grateful for.

“No time wasted is essential at a time like that, so I definitely think those classes and Boy Scouting definitely saved my life," Josh Kevil said.

“We just feel humbled and blessed,” said their mom, Elizabeth Kevil. “They got to that place in their lives and I think Scouting had a huge part in it.”