Gannon Stauch was last seen Jan. 27 at his home in Colorado Springs. 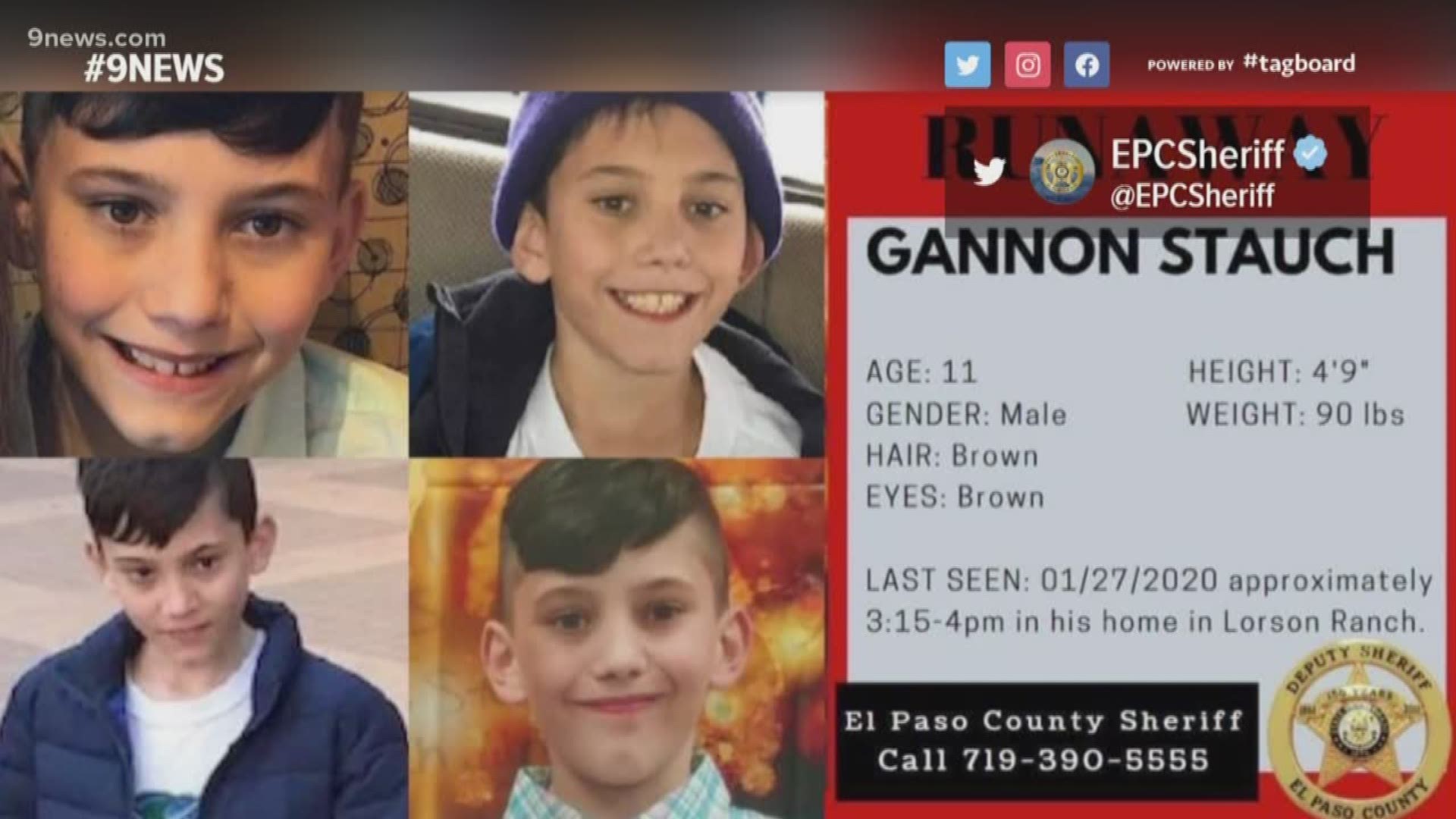 EL PASO COUNTY, Colo. — The El Paso County Sheriff’s Office (EPCSO) is asking for the public’s help in locating an 11-year-old boy who was reported to have run away from his home in Colorado Springs on Jan. 27.

Gannon Stauch was last seen at his home in Lorson Ranch between 3:15 p.m. and 4 p.m., when his stepmother told the sheriff’s office he was going to a friend's house. One week later, he is still missing.

On Tuesday, EPCSO asked anyone with additional surveillance video to come forward and share that footage with police.

Gannon was wearing a blue jacket and jeans when he left his home on foot, EPCSO said. He’s described as 4 feet 9 inches tall and weighs about 90 pounds. He has brown hair and brown eyes.

"Little man, mommy's hero, wherever you're at, mommy and daddy are here. And we're begging and pleading for you to come home," said Gannon's mother during a press conference on Thursday. "We're here bubba. And we can't wait 'till you're found. 'cuz I have hope that you are going to be found."

The case was upgraded from a runaway child to an endangered missing child on Jan. 30 because of the cold weather, the length of time that has passed, the boy's age and because he needs a medication he does not have access to, EPCSO Lieutenant Mitch Mihalko said.

Mihalko said this also gave EPCSO the opportunity to request resources from the National Center for Missing and Exploited Children and the FBI to use during their search.

"Our Patrol deputies and Major Crime Detectives have taken extraordinary steps to search for Gannon," EPCSO wrote in a Facebook post. "He’s very young, it’s dark and cold outside and we want to bring Gannon to safety."

The EPCSO will be posting information for those who want to volunteer to search for Gannon on their social media platforms over the next few days.

EPCSO in an update Feb. 2 said more than 50 people were looking for the boy. They had received at least 134 tips and plan to continue to vet and follow-up on each lead.

On Monday, the search for him moved about ten miles west to the Stratmoor Valley area. Investigators did not say why.

RELATED: 2 missing endangered children from Michigan might be in Colorado