Matthew Dolloff, accused of shooting and killing Lee Keltner during dueling rallies, will have his first court appearance Wednesday. 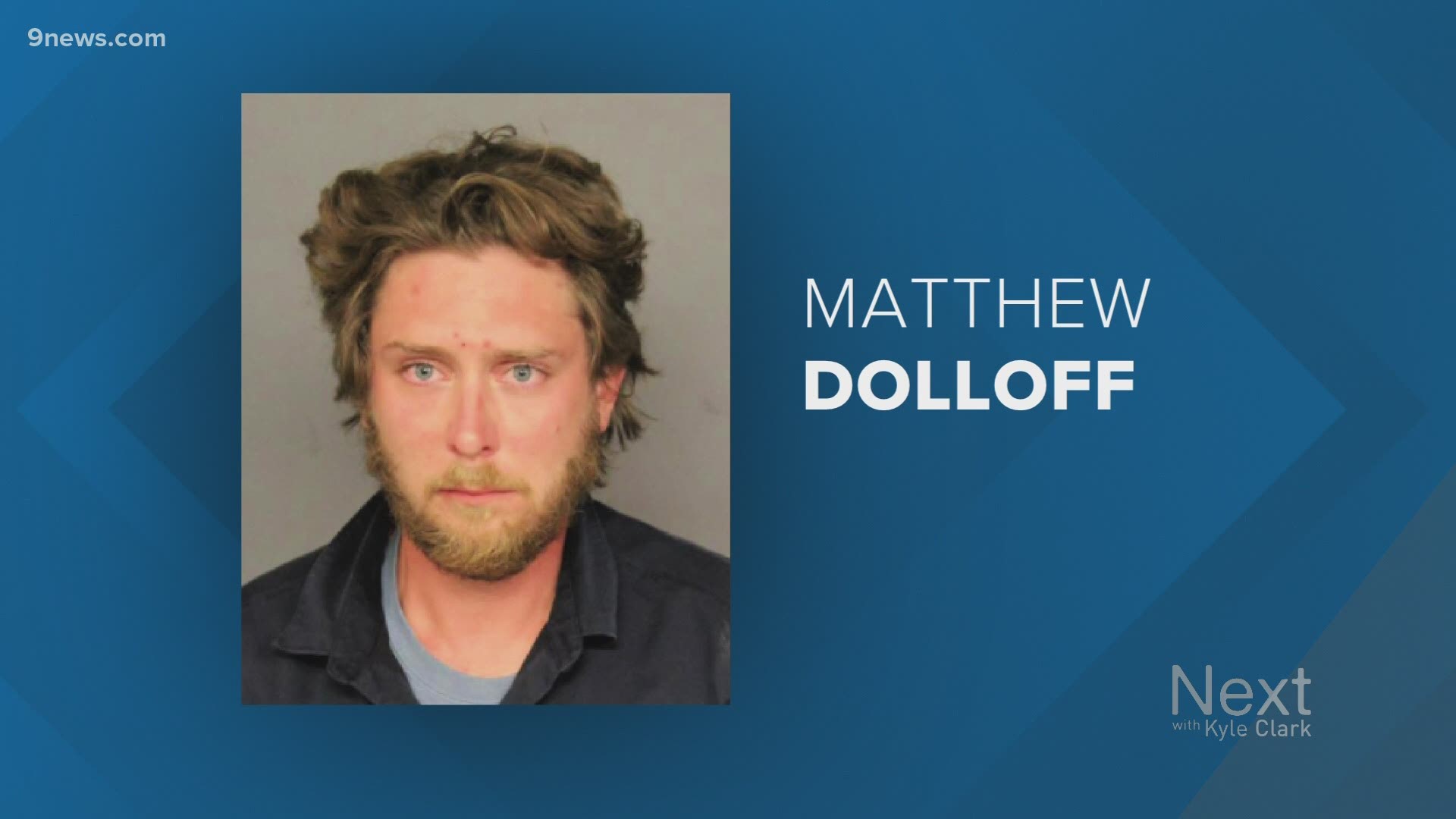 DENVER, Colorado — EDITOR’S NOTE: 9NEWS is used to covering many different kinds of stories, but usually we’re not directly involved in them. For this reason, Casey Nolen from our sister station KSDK in St. Louis is covering the initial stages of the shooting and investigation.

Murder or self-defense? That's the question the Colorado justice system could have to answer in the case against Matthew Dolloff.

The process begins Wednesday morning with his first appearance in district court.

Dolloff was taken into custody last Saturday following the shooting near the Denver Art Museum (DAM) near the end of dueling demonstrations that included members of Black Lives Matter and other groups on one side, as well as people attending what was called a "Patriot Muster."

The Denver Office of the Medical Examiner identified the victim as Lee Keltner, 49.

In a photo captured by a Denver Post photojournalist, Keltner is seen spraying what authorities believe was bear mace and Dolloff is seen pointing a handgun at Keltner.

In the next instant, Keltner can be seen in video from a bystander collapsing to the ground. Authorities said he died from a single gunshot wound.

It is what happened in the seconds before that could determine Dolloff's fate.

The Denver District Attorney charged the 30-year-old with murder in the second degree.

Doug Richards, an attorney for the Dolloff family, told 9NEWS in a statement:

"Matt was acting in self-defense. Matt put his life and now his liberty in between the now-deceased and the 9NEWS employee. This was not a political assignment for Matt. This was simply Matt protecting your employee."

“It's easy to claim self-defense, obviously, if you're just defending yourself in a fistfight or something,” said former Denver District Attorney Mitch Morrissey. “It's much harder to claim it when you kill somebody.”

Morrissey spent more than three decades in the prosecutor's office and served 12 years as Denver's District Attorney. He said that to claim self-defense when deadly force is used, the defendant must have been confronted by deadly force.

Denver Police said two guns were recovered from the scene where Keltner was killed. They said one belonged to Dolloff. Neither police nor prosecutors have said who had the second gun.

Morrissey said if a second gun was involved, it could change the case.

Morrissey said another Colorado law could be a factor – what he says is known as 'heat of passion.’

The first step in that process is scheduled to begin Wednesday morning at the Lindsey-Flanagan Courthouse at 8:30 a.m. Dolloff at last check has not posted bail and remains behind bars.

"As stated [Monday], 9NEWS does not contract directly with individual security personnel. 9NEWS contracted with Pinkerton and had directed that security guards accompanying our personnel not be armed. None of 9NEWS’ crew