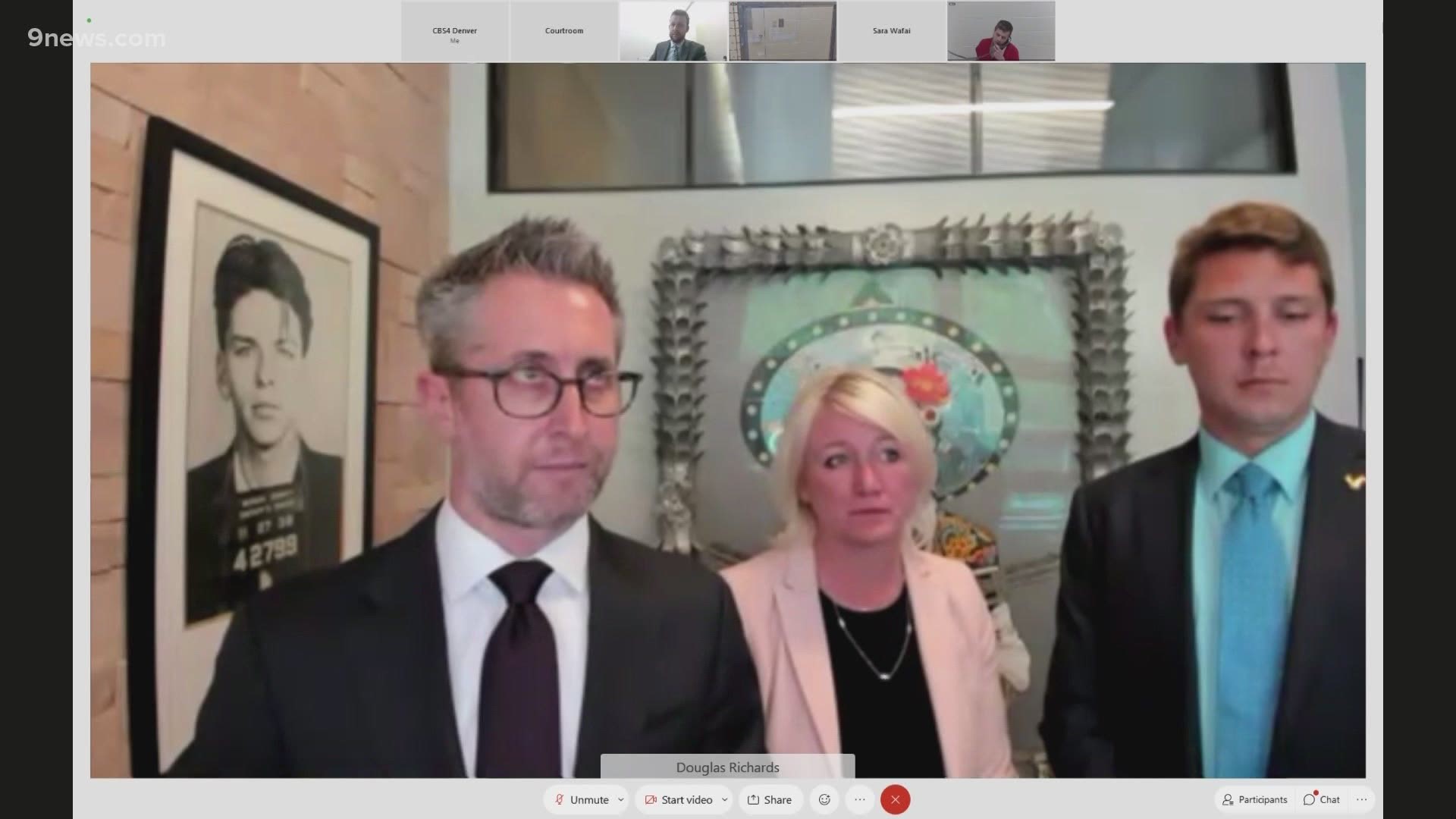 DENVER — Matthew Dolloff, the unlicensed security guard charged with second-degree murder for a deadly shooting at dueling rallies in downtown Denver, has pleaded not guilty and asked for the case to go to trial.

He had previously waived his right to a preliminary hearing and is out on a $500,000 bond. His arraignment had been delayed several times before, but he finally entered a plea on Friday morning.

He is slated to appear in court again on Aug. 2 for a disposition and on Aug. 6 for a motions hearing during which they'll set a trial date for within six months.

Dolloff's attorneys have previously said he had been acting in self-defense when he shot 49-year-old Lee Keltner outside the Denver Art Museum at the tail-end of two dueling rallies on Oct. 10.

The demonstrations included members of Black Lives Matter as well as people attending what they had dubbed a "Patriot Muster."

Pinkerton had used Isborn Security Services to contract Dolloff, and told the Denver Department of Excise and Licensing it was unaware that he did not have a license to work as a security guard in Denver.