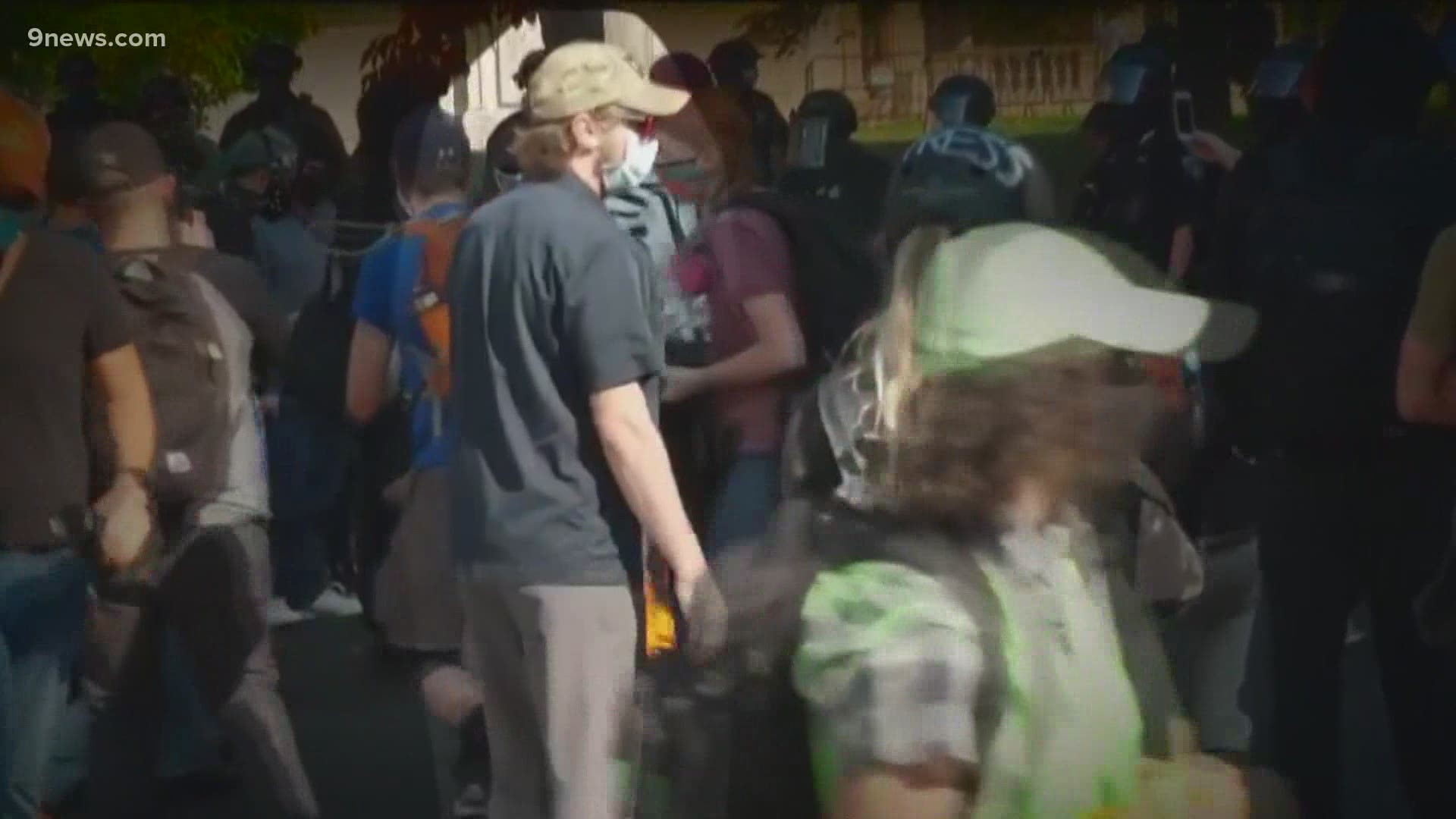 DENVER — The arraignment for the unlicensed security guard charged with second-degree murder for a deadly shooting at dueling rallies in downtown Denver has been delayed once again.

Matthew Dolloff had previously waived his right to a preliminary hearing and is out on a $500,000 bond. His arraignment was delayed last month due to issues his attorneys said stemmed from obtaining discovery in the case, including the victim's autopsy.

Discovery issues were also the cause of the latest continuance.

During Friday's hearing, the court did agree to drop the requirement that Dolloff wear a GPS monitor as a part of his bond. The judge did not give a specific reason for his decision.

The prosecution had argued against it, saying that the family of the victim had asked that he be monitored by the courts.

Dolloff's defense team said that the GPS monitor had become a hindrance to working his two jobs, and that he wasn't a flight risk or continued threat to the community.

In their motion, Dolloff’s lawyers said Keltner was “notorious in right-wing extremist circles by the code name ‘Twisted’ ” and that Keltner “supported groups such as the ‘Three Percenters,’ the ‘Proud Boys’ and the ‘Colorado Unorganized Constitutional Militia.’” The motion added that “in the months preceding his death, Keltner posted to social media under the pseudonym ‘Twis Ted,’ expressing his desire to ‘put the boots to some antifa scum’ and ‘commys.’ ”

A spokesperson for the Denver District Attorney’s office declined to comment on the allegations. 9NEWS tried contacting the Keltner family attorney but has not yet heard back.

Dolloff will appear in court once again on April 23 at 10:30 a.m. for an arraignment and the motions hearing.

During arraignments, defendants choose to plead guilty or not guilty. Dolloff's attorneys have previously said he had been acting in self-defense when he shot 49-year-old Lee Keltner outside the Denver Art Museum at the tail-end of two dueling rallies on Oct. 10.

The demonstrations included members of Black Lives Matter as well as people attending what they had dubbed a "Patriot Muster."

> The video above is from an Oct. 16 investigation into who Dolloff was working for at the time of the shooting.

Pinkerton had used Isborn Security Services to contract Dolloff, and told the Denver Department of Excise and Licensing it was unaware that he did not have a license to work as a security guard in Denver.