Matthew Dolloff, 30, was supposed to appear in court for the hearing on Friday. The next step is now an arraignment. 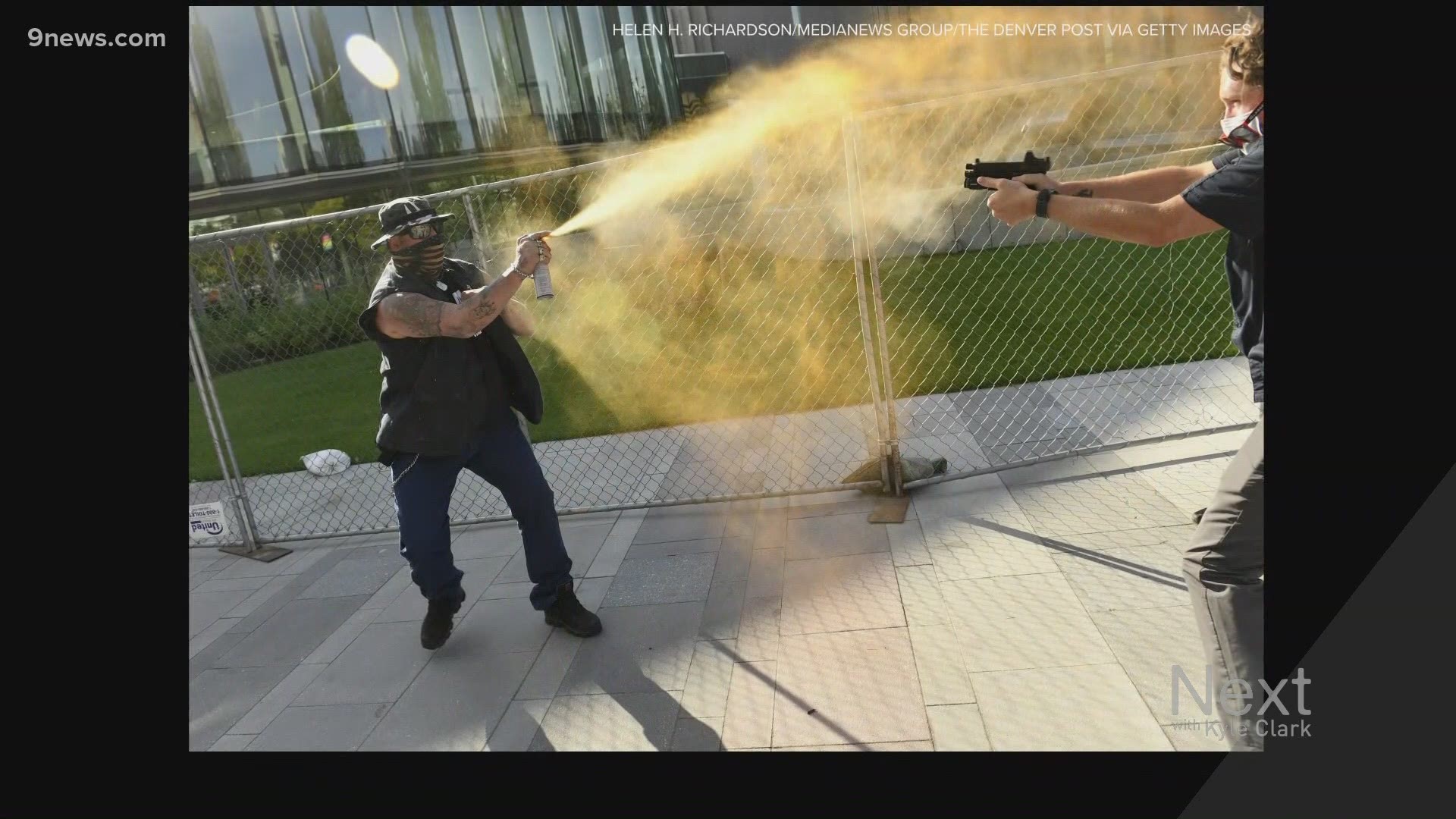 DENVER — The unlicensed security guard charged with second-degree murder following a deadly shooting at dueling Denver rallies has waived his right to a preliminary hearing, according to the Denver District Attorney’s Office.

Matthew Dolloff, 30, is no longer in custody after posting a $500,000 bond. The next step in the legal process for him is an arraignment, and a date for that proceeding could be set on Friday.

During a preliminary hearing, prosecutors can present evidence and call witnesses, who can be cross-examined by the defense team. At the conclusion of the hearing, the judge determines whether there is enough evidence for the case to go to trial.

If not, charges against the defendant are dismissed.

Dolloff is now being represented by Doug Richards, a private defense attorney, instead of the Colorado State Public Defender’s Office.

Dolloff is accused of fatally shooting 49-year-old Lee Keltner on Oct. 10 outside the Denver Art Museum. It happened near the end of two dueling demonstrations that included members of Black Lives Matter as well as people attending what they dubbed a “Patriot Muster.” During a previous court date, Dolloff’s defense team claimed the shooting was self-defense.

>>> The video above is from a previous 9NEWS report about the shooting.

Dolloff was not licensed to provide security services as required in the City and County of Denver, according to the city’s Dept. of Excise and Licenses.

Isborn Security Services agreed to surrender its license in Denver earlier this month as a result of the shooting, and Pinkerton Consulting and Investigations is slated to appear at a hearing with the excise department in February.