The company hired an unlicensed security guard who is accused of shooting and killing another man at dueling rallies in downtown Denver. 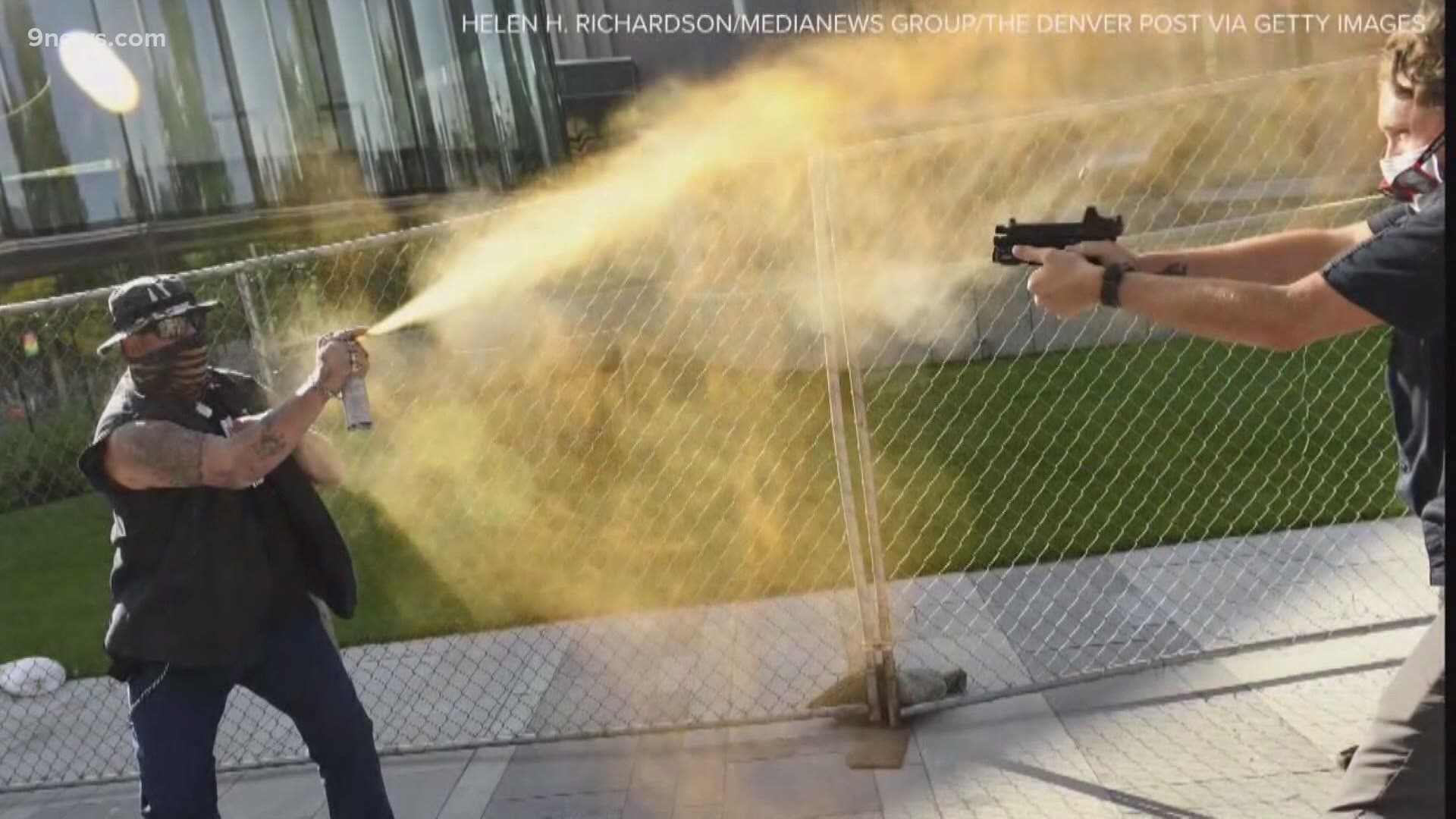 DENVER — The Denver Department of Excise & Licenses has revoked Pinkerton Consulting and Investigations' private security guard employer license following a February hearing regarding if and how the company should be penalized for the hiring of an unlicensed security guard involved in a deadly shooting in October.

The final decision by the department's Executive Direct Ashley Kilroy comes after a hearing officer recommended a six-month suspension of Pinkerton's license in February.

Kilroy rejected that recommendation on Friday, stating in her decision that "the mitigating and aggravating factors weigh in favor of revocation of license."

This includes the fact that Pinkerton did not ensure the subcontractor they were using complied with licensing laws and in fact knew that the subcontractor had no internal controls or auditing processes to ensure compliance but used them anyway, according to the documents.

Kilroy has also previously rejected a tentative settlement between Pinkerton and the city.

The security company had argued that its subcontractor, Isborn Security Services, was the one responsible for hiring Matthew Dolloff, who now faces second-degree murder charges for the fatal shooting of 49-year-old Lee Keltner at dueling rallies that included members of Black Lives Matter and people attending what they called a "Patriot Muster" outside the Denver Art Museum in downtown Denver on Oct. 10.

Dolloff was contracted through Pinkerton by 9NEWS. It had been the practice of 9NEWS for a number of months to contract private security to accompany staff at protests. He was not licensed to provide security services as required in the City and County of Denver, according to the city’s Dept. of Excise and Licenses.

Isborn Security Services agreed to surrender its license to operate in Denver last year. The agreement does not prevent Isborn from working in other municipalities in Colorado. Both Isborn and Pinkerton received a citation from Denver’s Dept. of Excise and Licenses on Nov. 4.

The attorneys representing Pinkerton had argued that Isborn Security Services was licensed to operate in Denver the day of the shooting, and that it was the subcontractor's fault for hiring an unlicensed security guard.

This is seventh time a private security guard employer license has been suspended or revoked in Denver since 2015, according to the Department of Excise and Licenses. There are 215 active licenses in the city.

This story draws on previous reporting by Caitlin Hendee.