Sending an emergency alert - to your phone?

Why many local officials and law enforcement personnel wish you'd sign up for more emergency alerts on your cell phone. 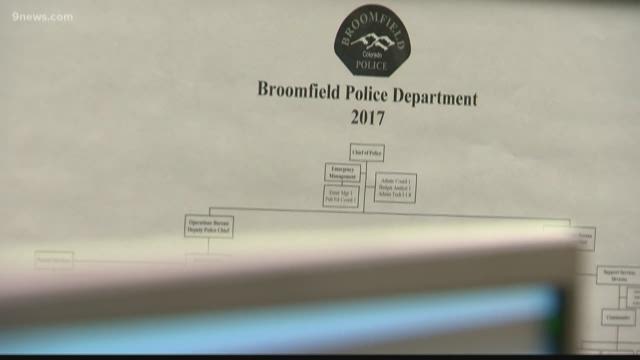 After a search of a Westminster neighborhood, police arrested a man who rammed one of their squad cars. This started around 10 Thursday morning.

Police tried to contact 35-year-old Eric Winden. But he took off - drove through a fence narrowly missed an officer hit the police car and kept going.

The car chase eventually turned into a foot chase and then around one this afternoon police found and arrested Winden in someone's backyard. Two officers were hurt during the arrest, including one bitten by the suspect.

Homeowners were told to shelter in place and several schools went on lockout during the search. People in the area of the search in Broomfield also received a CodeRED alert.

It's a kind of warning system Broomfield Police say they've used in some fashion for decades. But police say this kind of situation is a chance to remind more people to sign up.

For Broomfield Police CodeRED is their version of reverse 911. Only used for critical situations, like Thursday.

The alert is only used three or four times a year compared to the roughly 30,000 911 calls that come through Broomfield's dispatch center.

Once dispatchers get the word from police to issue the alert they type out their message.

"We have a dispatcher just dedicated to sending out that information," said Coraggio.

The police department can draw out a geographic area of who will be notified. Thursday they started with a smaller radius and because it was a fluid situation, expanded it.

Broomfield Police aim to get the alerts out in less than ten minutes from this dispatch center its going to reach people by e-mail, text and phone as well as telecommunications for the deaf and hard of hearing.

Many law enforcement agencies in Colorado have a program like this, including the biggest metro area counties, used for anything from a hazmat spill to a standoff.

But the program is only as effective as the number of people who participate. While landlines are looped in cell phones aren't. People have to sign up with those numbers themselves. People can sign up multiple numbers to one account and for different locations.

Here a few links to sign up in different areas: