Sexual assault charges filed against a Canadian man in Denver earlier this year were dismissed Monday. 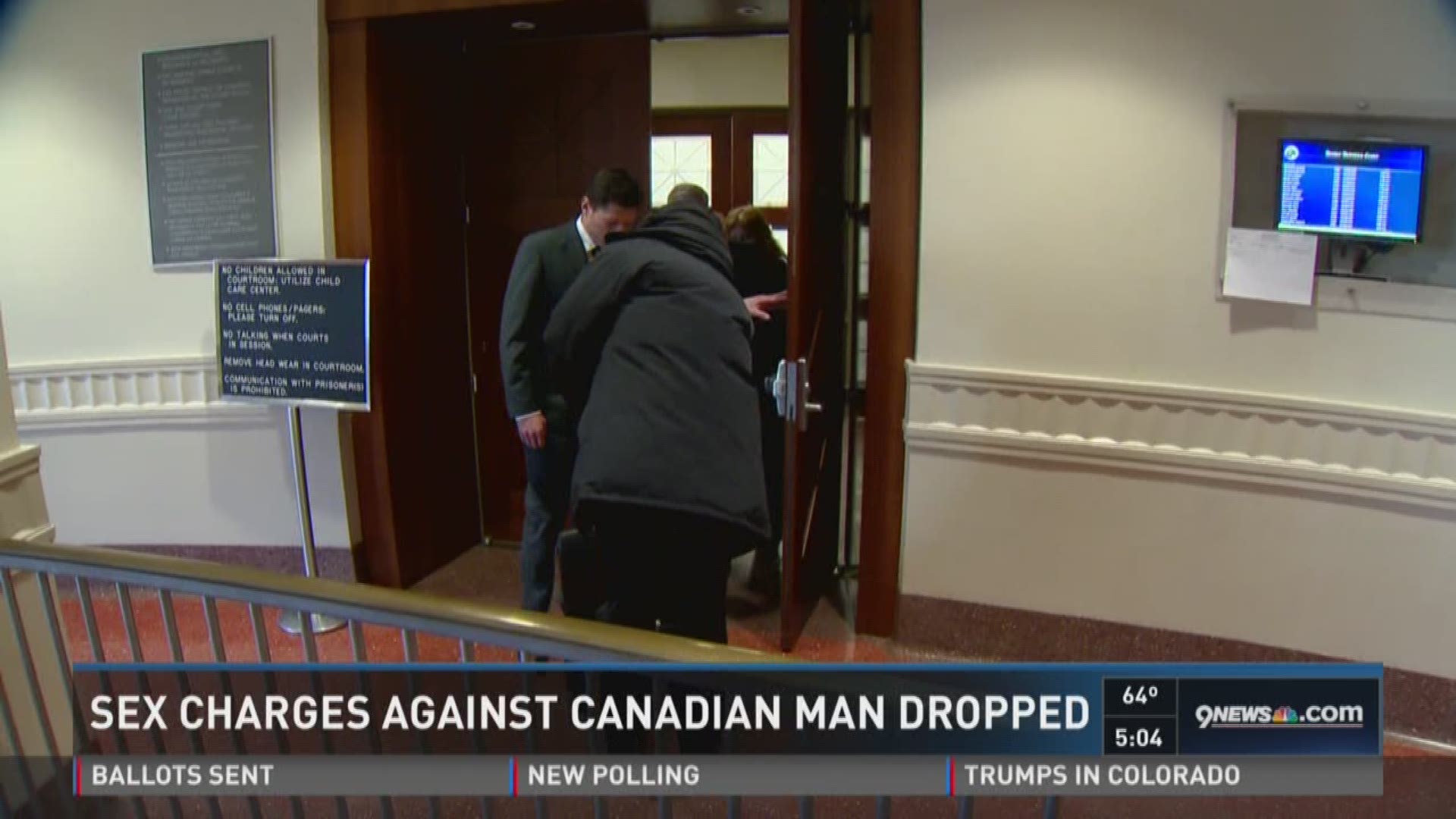 Sexual assault charges filed against a Canadian man in Denver earlier this year were dismissed Monday.

Colby James Messer, 30, was charged in April with six counts of sexual assault following an incident at a Denver hotel.

Two of the charges were bound over after a preliminary hearing, according to the Denver District Attorney's Office.

According to reports, new information developed that led to a conclusion that charges could no longer be proven beyond a reasonable doubt.

“A lot of evidence came out at the preliminary hearing; witnesses that we didn’t know came forward, both eye witnesses and after the fact witnesses,” Denver District Attorney Mitch Morrissey said. “We got DNA evidence results that we may or may not have had.”

“What happened was completely consensual,” Kenneth Eichner said, Messer’s defense attorney. “There was no DNA and no witness identification. [Messer] wasn’t involved in any way, shape or form. That was the driving force for Mitch Morrissey to encourage the prosecutors to move forward.”

The dropped charges allege that, in November, Messer and three of his friends met a woman in downtown Denver and brought her back to the Grand Hyatt Hotel where they allegedly sexually assaulted her using foreign objects. The report alleges the men also physically assaulted her.

Court records said the woman told investigators she woke up at the hotel, didn’t know how she got there and felt she was sexually assaulted.

“There was clearly injuries on the part of the victim,” Morrissey said. “There were things done there that would shock you, but was it consensual or not is really the question and obviously the judge felt that we had probable cause that it wasn’t consensual. But we didn’t have enough to go forward.”

According to Eichner, his team did an investigation and found a witness who testified he had a relationship with the alleged victim right after she left the hotel room. Eichner said the woman is seen on video leaving the hotel and calling the person she found on a social media dating site.

“She went on another date right after she made up the allegation about being raped,” Eichner said.