A Denver shooting victim's memorial was thought stolen, but it was moved

Someone shot and killed 16-year-old Zay Abraham in January and police have not made any arrests. 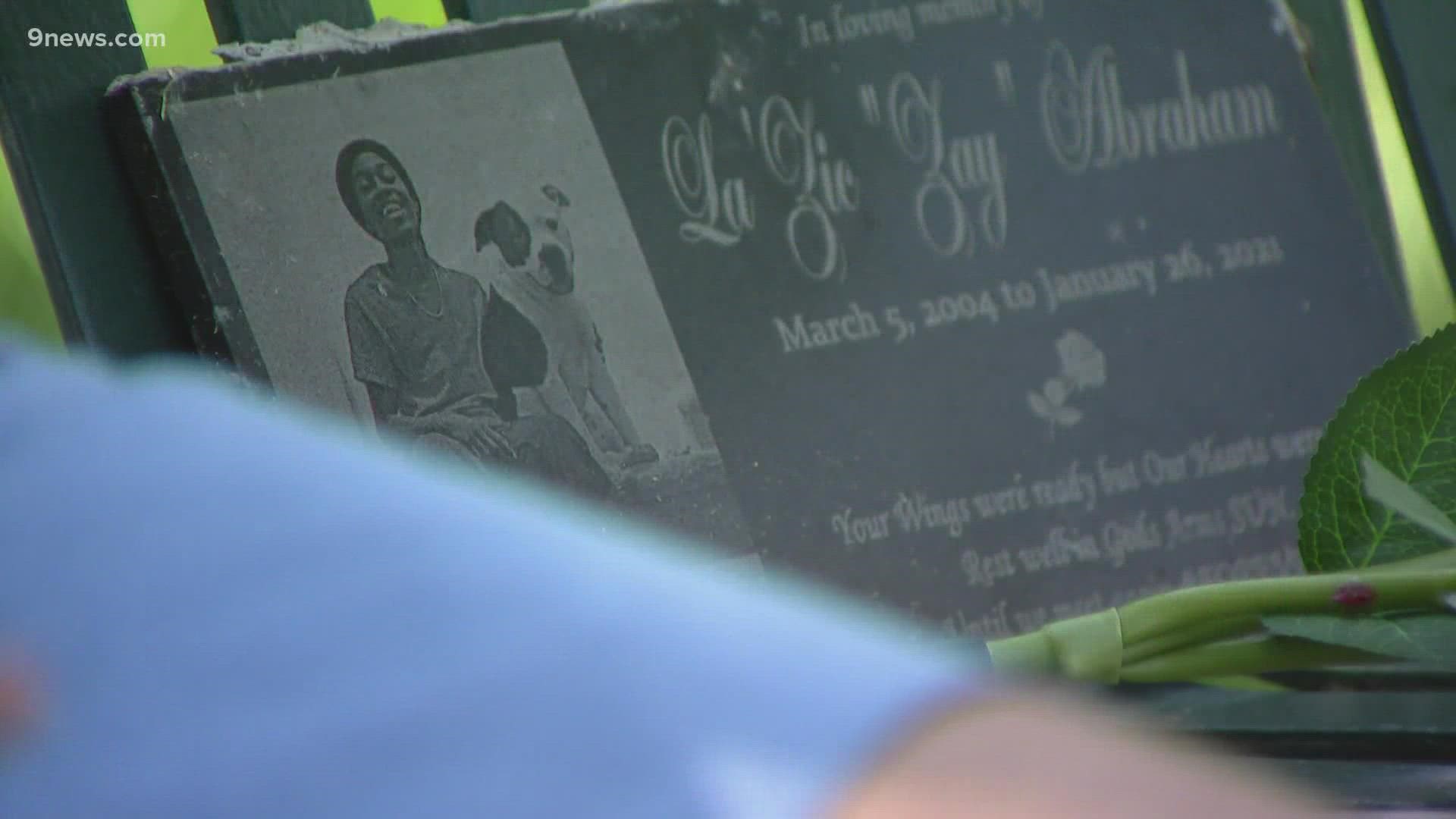 DENVER — When Tuwanna O'Neal's 16-year-old son was killed, she said it was surreal. Zay Abraham was shot in a Montbello park while walking home from a friend's house.

"Every day is still a reality check that my child is not here anymore. So, I can't say that I fully accepted it yet, but I'm trying," O'Neal said.

O'Neal said her son was a good kid -- the kind who stood up to bullying for himself and others.

"Zay is a very loving person, like he always made sure everybody was OK," O'Neal said. "He was the kid that knocked on your door to see if you needed your trash out."

He was killed on Jan. 26, and six months later, Denver Police have still not made any arrests.

O'Neal and her family placed a memorial plaque in the ground of Barney L. Ford Park where Zay was killed. But, the plaque was removed by workers on Thursday, according to Denver Deputy Executive of Parks and Recreation Scott Gilmore.

"They were mowing and they saw it and they didn't want it to be damaged because we could've run over it with a mower," Gilmore said.

Gilmore said Denver Parks and Recreation has a proper way for families to honor a lost loved in a park. There's a process to create a memorial bench.

The plaque was recovered and in tact. Now, Gilmore is working with O'Neal to create a memorial bench for Zay.

"We've worked with her and the family to make sure it stays here forever," Gilmore said.

O'Neal said she appreciates that after her initial fear that the plaque was stolen.

"I'm OK with the outcome. I'm glad it wasn't some evil person that actually just removed it," O'Neal said. "So, that makes me feel a little bit better."

"I moved out of state because I don't want to raise my daughter here," O'Neal said. "I don't feel safe in that community, so I left."

If you anything about Zay's murder, investigators ask to please call Denver Police.