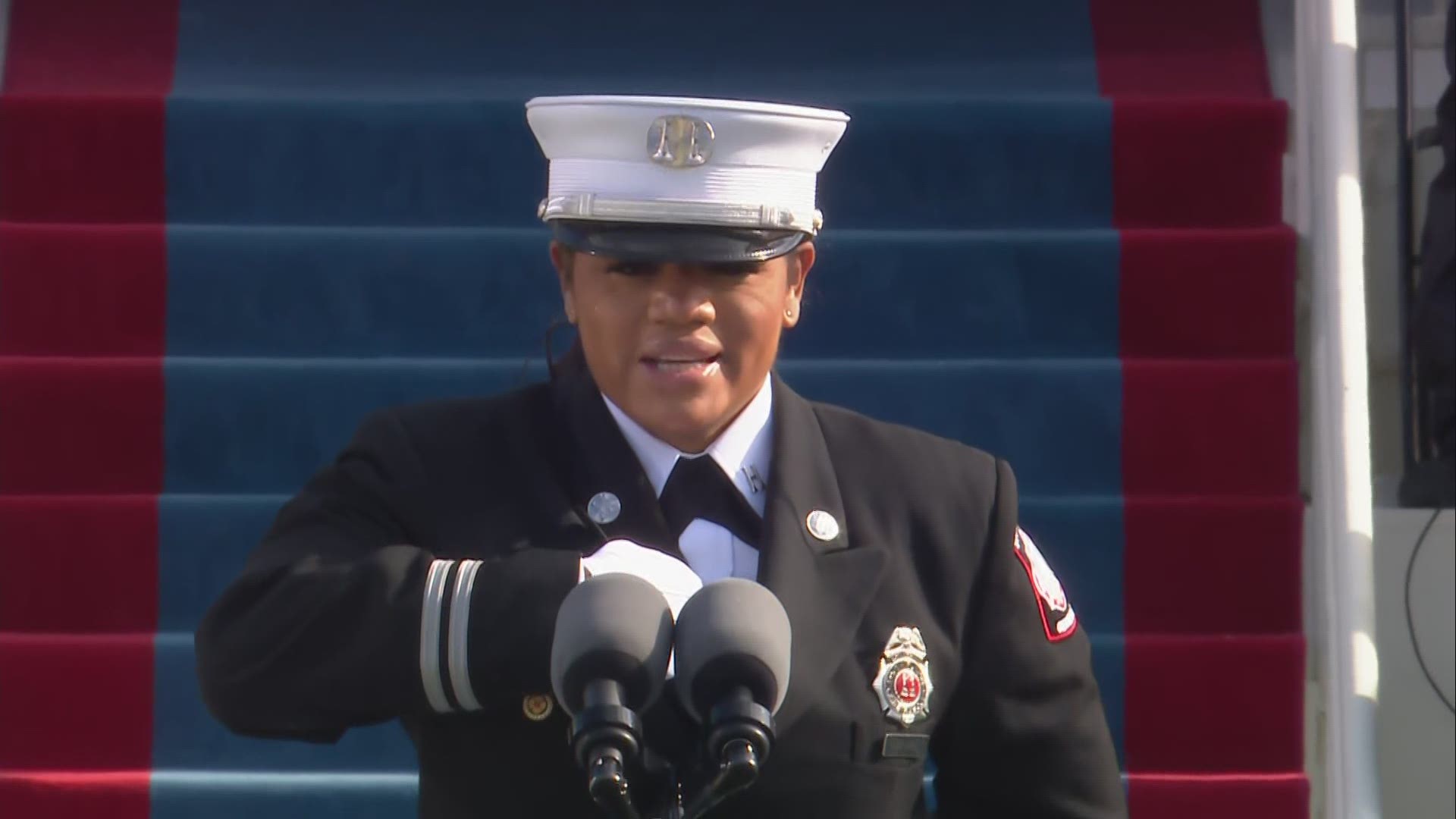 WASHINGTON — The Pledge of Allegiance often evokes deep emotions for some, but it's recitation on a poignant Inauguration Day was an even more moving moment.

Ahead of the swearing in of Vice President Kamala Harris and President Joe Biden, City of South Fulton Fire Captain Andrea Hall delivered a stately Pledge of Allegiance.

From the podium on the steps of the US Capitol, Hall, the first Black woman to be named a fire captain in the City of South Fulton, both recited aloud and signed the pledge - a gesture that touched many in the deaf community, who shared their gratitude for being recognized on such an important day. (Watch the full pledge here.)

"What a nice surprise to see our language, ASL, being part of this special day!" one person wrote.

My oldest: Look, they are doing the Pledge of Allegiance in sign language!

What a nice surprise to see our language, ASL, being part of this special day! #InaugurationDay #pledgeofallegiance #inclusion

Had never seen the #PledgeOfAllegiance signed, or perhaps I missed it, but what a great inclusive moment. We are ALL Americans. Thank you Captain Hall. #signlanguage #InaugurationDay #Inauguration2021 #Inauguration #BidenHarrisInauguration pic.twitter.com/nNrVh8V5Qb

Others called it an "amazing sight" and some pointed out the significance of a Black woman from Georgia - a demographic that was key to Biden's win in the state - was the one to deliver it.

Georgia has much to be proud of. #PledgeofAllegiance

“I am thrilled and humbled to represent firefighters and other frontline workers in the state of Georgia and the City of South Fulton,” she said in an earlier statement. “It is a privilege and an honor to help usher in a new chapter of leadership for our country.”