American Express created the campaign in 2010 to help local merchants. 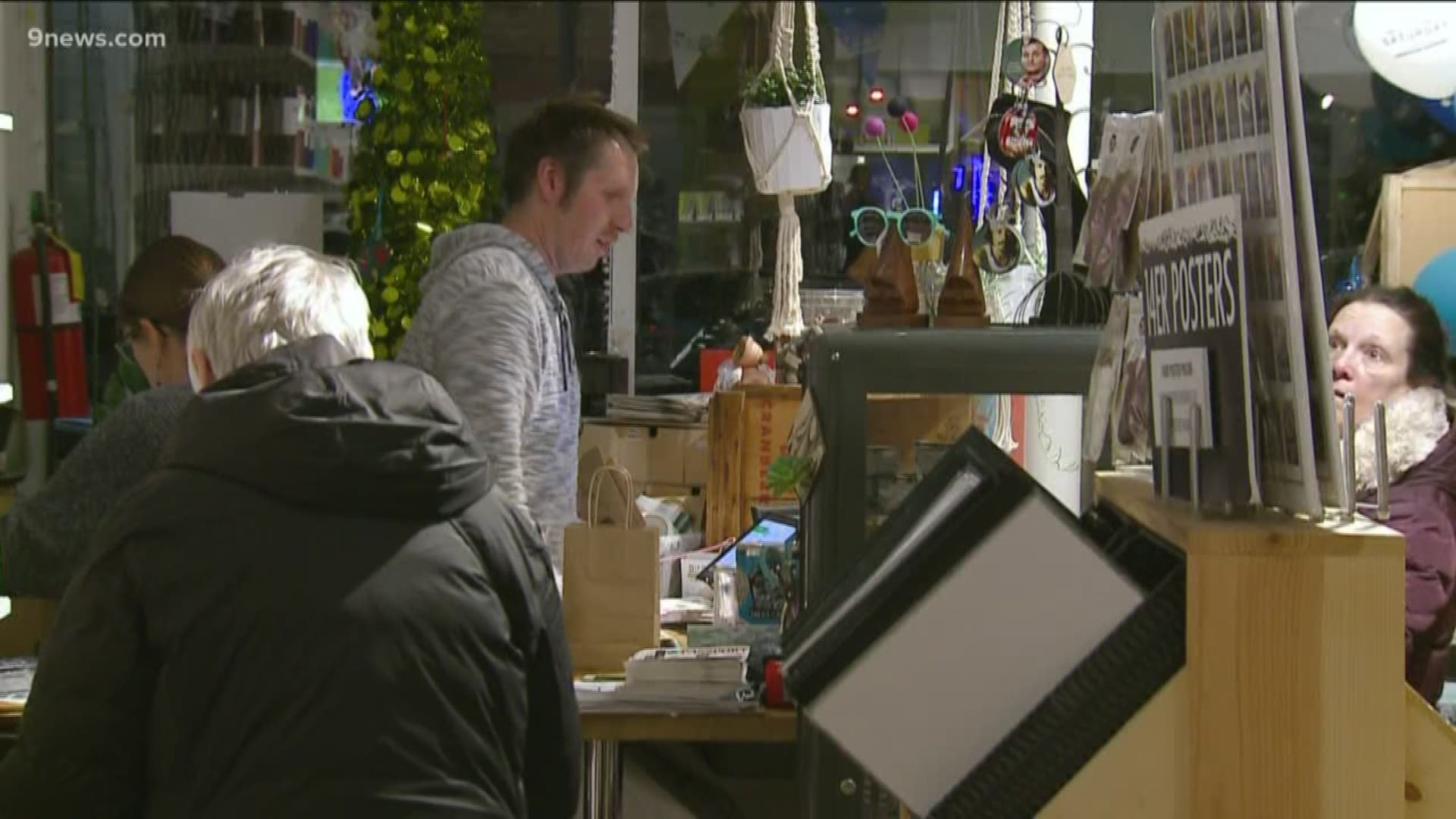 DENVER — Around 40th Ave. and Tennyson Street in Denver, they have a saying that Simon Woolsey-Neech loves to share in his store.

Shop Small is a motto meant to help the little businesses get by, Woolsey-Neech says.

"I think a lot of people are pretty aware of the, you know, big box stores, Black Friday deals, attract a lot of people," Woolsey-Neech said. "But, for us, you know being a small business we very much really want to be here for the community."

Brieanna Seefeldt is a part of that community. She's been going around from shop to shop with her two children.

"So, we come to Small Business Saturday every year for the past four years, probably, to enjoy the Tennyson area," Seefeldt said.

Many of these small businesses specialize in selling local products, Woolsey-Neech said.

"We don't have the bulk buying power that big businesses do," Woolsey-Neech said.

Woolsey-Neech and his wife helped create the Shop Small Passport with the local businesses along Tennyson Street to create an incentive for shoppers to visit five or more stores in exchange for deals and a prize drawing.

"It's fun," Seefeldt said. "It just makes it a little bit more exciting for the kids and they like to hop around the street and find different stuff."

Woolsey-Neech says the Passport also sheds light on something else.

"Doing these kinds of events, you know, draws attention to the plight, I guess, of the business owner," Woolsey-Neech said.

"I realize how much work goes into owning your own business," Seefeldt said. "From picking out the paint, to the stuff you put on the shelves, to how you get your customers in the door."

Woolsey-Neech says Small Business Saturday can be a tribute to those who not only have a saying, they have a way of life.

"When you work for a bigger company, quite often, you know, yeah, you're just set in one specific role," Woolsey-Neech said. "Not when you do this."